The Behaviors We Seek

Over the years, I have seen numerous occasions where organisations promote and reward the wrong or negative type of behaviours in their workplaces.

For example, people who are self-centred and think about themselves rather than their wider team.  People who lack basic care or consideration for others.  These behaviours are bad enough on their own account, but when we promote people into positions where they are responsible for others, we multiply the damaging effect many times.  We also send out the message that ‘this type of behaviour gets you promoted and rewarded’ in our organisation.

Often the reason such people get promoted is because they are valuable commercially, they have a long history in the organisation, or ‘that’s just the way they are’.  The poor behaviour is avoided as they are achieving commercial results which means the less desirable aspects of their character and behaviour can be overlooked.

So often, when people exhibit challenging or unprofessional behaviour, organisations avoid having a clear and honest conversation because they know it will be challenging.  Sometimes it is just easier to ignore it and hope it corrects itself.  It rarely does.  We all know we are unlikely to secure a change in behaviour without a clear conversation that promotes self-awareness and highlights the impact of the behaviour on others.  As the brilliant Brene Brown would say ‘being clear is being kind’.

When organisations look at how to drive better performance, behaviours are often overlooked within their internal systems.

It is one of the reasons I am a fan of KBIs [Key Behaviour Indicators] to sit alongside KPIs [Key Performance Indicators].  KPIs are a mainstay of many performance management frameworks.  But what do we mean by great performance? It is a good question that should be explored in depth by organisations.  Performance should be viewed holistically, not just technical competence but also the type of behaviour is being exhibited too.  What contribution is each person making towards strengthening our culture and values even further?

For organisations who are serious about changing their culture for the better, they need to think carefully about the sorts of behaviours they want to see consistently practiced by their people.  The word consistently is important here.  If we want to build happy workplaces where people feel safe and fulfilled, the way we behave towards each other will make all the difference.  This is ultimately about behavioural self-regulation.

Are we prepared to coach managers to build the discipline to do it?  It is imperative senior leaders model such behaviours themselves and ‘walk the talk’.  We will not build trust otherwise.  We can also weave these behaviours into our other HR processes around hiring, one to ones, and our reward and recognition systems.  All these things contribute to reinforcing the sorts of behaviours we want to see. 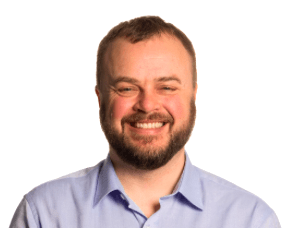 Kevin Millerhttps://www.apexhr.co.uk/
My 'Why' is to inspire a movement towards truly people-centred organizations. Organizations which see the person first and the employee second. A Coach, facilitator, and catalyst for positive change, I thrive on the challenge of making the world of work better and more humanized for people in organizations. I love networking and collaborating to share fresh ideas, insights and to learn. I have an in-depth knowledge and practical 'hands-on' experience of leading HR and Organizational Development projects. I am a visionary who rethinks what is possible when it comes to HR, leadership and the future of work, igniting positive change in others. Never forgetting the real reason behind my work, I love spending time with my wife Kelly and my children who are the centre of my world and the reason behind my 'Why'.

How Often Do You Rush To Give Advice?

Towards The Human Era