The Ancient Heart Of Forgiveness

BY THE GREATER GOOD SCIENCE CENTER

Forgiveness is also not for anybody else. There’s a story of two ex-prisoners of war. One says to the other, “Have you forgiven your captors yet?” And the second says “No, never.” And the first one then says “Well, they still have you in prison, don’t they?”

Similarly, I remember sitting with the Dalai Lama and some Tibetan nuns who had survived years of imprisonment and torture. We were part of a meeting that I was running of ex-prisoners from all across the United States who’d been using meditation, contemplative practices, mindfulness, compassion, and so forth to change their lives. 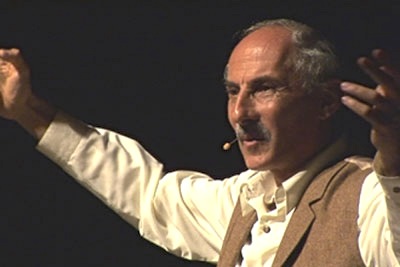 With us were guys who had just been released after 25 years in Texas state prison or 18 years in Ohio in a maximum security prison. And they were sitting with the Dali Lama and these little nuns who were imprisoned during their teenagers years for saying their prayers out loud.

The nuns were asked, “Were you ever afraid?” And they answered, “Yes, we were terribly afraid. And what we were afraid of was that we would end up hating our guards—that we would lose our compassion. That is the thing we most feared.”

And they sat there, these sweet young nuns, and I remember this one guy who had been in prison for 18 years in Ohio saying, “I’ve seen some brave folks in my day, and I ain’t seen anything like you young ladies.”

The principles of forgiveness

What’s unique about Buddhism—because Buddhism is more a science of mind than a religion, although it functions as a religion for some people—is that it offers practices in trainings. It doesn’t say just “turn the other cheek” or “remember the mercy of Allah,” but it offers a thousand different trainings: trainings in mindfulness, in compassion, in forgiveness, in lovingkindness, in compassion for those who are different than you, and so on.

In this way, Buddhist psychology shows an ancient understanding of “neuroplasticity,” the idea that our neurosystem is always changing, even to the very end of life. So many of the modern neuroscience studies that researchers like Richard Davidson are doing, using fMRI machines and the like, validate this idea of neuroplasticity. Indeed, in Buddhism, the teaching in three words is: “Not Always So.” Things are always changing.

The Buddha was a list maker: the Eightfold Path, the Seven Factors of Enlightenment, the Four Nobel Truths. Similarly, here are 12 principles connected with the process of forgiveness.

One: Understand what forgiveness is and what it is not. As I mentioned earlier, it’s not condoning, it’s not a papering over, it’s not for the other person, it’s not sentimental.

Two: Sense the suffering in yourself, of still holding onto this lack of forgiveness for yourself or for another. Start to feel that it’s not compassionate; that you have this great suffering that’s not in your own best interest. So you actually sense the weight of not forgiving.

Three: Reflect on the benefits of a loving heart. [Buddhist texts say]: Your dreams become sweeter, you waken more easily, men and women will love you, angels and devils will love you. If you lose things they will be returned. People will welcome you everywhere when you are forgiving and loving. Your thoughts become pleasant. Animals will sense this and love you. Elephants will bow as you go by—try it at the zoo!

Four: Discover that it is not necessary to be loyal to your suffering. This is a big one. W are so loyal to our suffering, focusing on the trauma and the betrayal of “what happened to me.” OK, it happened. It was horrible. But is that what defines you? “Live in joy” says the Buddha. Look at the Dali Lama, who bears the weight of the oppression in Tibet and the loss of his culture, and yet he’s also a very happy and joyful person. He says, ‘They have taken so much. They have destroyed temples, burned our texts, disrobed our monks and nuns, limited our culture and destroyed it in so many ways. Why should I also let them take my joy and peace of mind?’

Five: Understand that forgiveness is a process. There’s a story of a man who wrote to the IRS, “I haven’t been able to sleep knowing that I cheated on my taxes. Since I failed to fully disclose my earnings last year on my return, I’ve enclosed a bank check for $2,000 dollars. If I still can’t sleep, I’ll send the rest.” It’s a training, it’s a process, layer by layer—that is how the body and the psyche work.

Six: Set your intention. There is a whole complex and profound teaching in Buddhist psychology about the power of both short-term and long-term intention. When you set your intention, it sets the compass of your heart and your psyche. By having that intention, you make obstacles become surmountable because you know where you are going. whether it is in business, a relationship, a love affair, a creative activity, or in the work of the heart. Setting your intention is really important and powerful.

Seven: Learn the inner and outer forms of forgiveness. There are meditation practices for the inner forms, but for the outer forms, there are also certain kinds of confessions and making amends.

Eight: Start the easiest way, with whatever opens your heart. Maybe it’s your dog and maybe it’s the Dali Lama and maybe it’s your child which is the thing or person that you most love and can forgive. Then you bring in someone who is a little more difficult to forgive. Only when the heart is all the way open do you take on something difficult.

Nine: Be willing to grieve. And grief, as Elizabeth Kubler-Ross has spelled out, consists of bargaining, loss, fear, and anger. You have to be willing to go through this process in some honorable way, as I’m sure Nelson Mandela did. Indeed, he has described how [before he could forgive his captors] he was outraged and angry and hurt and all the things that anyone would feel. So be willing to grieve, and then to let go.

Eleven: Forgiveness involves a shift of identity. There is in us an undying capacity for love and freedom that is untouched by what happens to you. To come back to this true nature is the work of forgiveness.

Twelve: Forgiveness involves perspective. We are in this drama in life that is so much bigger than our ‘little stories.’ When we can open this perspective, we see it is not just your hurt, but the hurt of humanity. Everyone who loves is hurt in some way. Everyone who enters the marketplace gets betrayed. The loss is not just your pain, it is the pain of being alive. Then you feel connected to everyone in this vastness.

I’ll end with this brief story about Maha Ghosananda who was the Gandhi of Cambodia—a very dear friend of mine and a good friend of the Dalai Lama’s. He led peace marches through Cambodia, through the minefields, for 15 years. He would walk people back to their villages who wanted to return, chanting lovingkindness and forgiveness the whole way. Through the jungles people would shoot at them. He would have hundreds of people behind him, and he would be beating a drum or ringing a bell and singing the song of lovingkindness. He said that if we can chant lovingkindness 100 miles back to your village, you will be safe. He did it over and over again.

I worked with him in the UN refugee camp on the border of Cambodia in the early years of that genocide. This camps had 50,000 people in a horrible, hot, dry rice plain, surrounded by barbed wire, and it was the camp that had the most Khmer Rouge in it underground.

Ghosananda asked if we could build a Buddhist temple in the central square, just a simple bamboo room and a platform. The UN said OK. So we got materials together, built this temple, and then invited everyone to come. The Khmer Rouge underground said, ‘If anyone goes to this temple, when we get back in Cambodia’—which was only 10 miles back across the border—‘when we get out of here, you will be shot.’

So we didn’t know if anybody would come. We went around the camp and rang a bell that morning, just as you would ring the temple bell, and 25,000 people gathered and filled the square. And Maha Ghosananda got up on this little platform—most of the monks were killed, 19 of the 20 people in his family were killed, 95 percent of the monks in the country were executed, all the intellectuals were killed. He got up and looked out at this sea of people. They hadn’t seen a monk in 10 years. The faces of trauma and shock and loss—what do you say?

One Upside to the Feeling of Uncertainty