The Age Of Manipulation

The Digital Revolution, in the Age of Information, seems to point to a better-informed society. Is this true?

The Nature Of Information

John Durham Peters Ph.D., a Yale professor, defines it as “…knowledge with the human body taken out of it”.

In Problems of Information transmission, Zh. I. Reznikova and B. Ya. Ryabko, “information is what remains after one abstracts from the material aspects of physical reality”.

Therefore, information is never a meaning or an opinion. But this is not to say that information is not the end product of a process. In addition, for information to be of value and retain consistency, it must be truthful. Knowledge is cumulative; it can supersede, increase and/or modify knowledge. The ultimate result is always knowledge. In the end, information always must remove some or all degree of uncertainty.


We can, for example, attempt to analyse information along two axes, qualitative and quantitative. In all cases, we would always be talking of degrees, and for the subsequent analysis of the data, we would also require synthesis.

Access must not be confused with flow. Everybody knows that the Age of Information has increased the flow of information exponentially. How can we measure the amount and, not to be forgotten, the quality of information flow? Important – in every approach to qualify and measure information along parameters – is that information cannot be qualified in absolute terms. We can, for example, attempt to analyse information along two axes, qualitative and quantitative. In all cases, we would always be talking of degrees, and for the subsequent analysis of the data, we would also require synthesis. This said, most studies do not actually qualify the information – at least not for bulk information. That is, they do not determine if what is being transmitted falls within the definition of information. One evident reason for this is that the number of parameters that may be used to define information can be expanded to a level that statistics would become practically useless. In other words, a conceptual framework would be unattainable and imponderable with such volume and latitude. Therefore to quantify and qualify information we need to constrain ourselves to a set of criteria.

One way to approach our problem is by breaking down information in terms of the number of people that the information being transmitted is aimed at. This exercise would require a simultaneous grading of what is actually being transmitted in order to determine whether the degree to which transmission is factual – according to the previous definition of information – or whether it is completely inaccurate, or, very important, anything in between. How can this be done?

To understand the challenge it would be useful to go back just a few years. Most of us remember traditional information channels before the digital revolution. Basically, information was transmitted by newspapers, magazines, books, TV, cinema, letters/documents, and by word of mouth. It was not that difficult to gather data about the quantitative and qualitative aspects of information, and with an acceptable degree of descriptive authenticity. Beyond that, it was also possible to evaluate source, targets and the quality the information, and whether the information channels were transmitting knowledge effectively. In other words, information flow, from source to receiver, could be measured and evaluated in multiple ways In such environment measurement stability – variation over time – is attainable. That is, “common cause variation” was well under the radar. But this was the way it was, not the way it is.

The digital information has changed information flow completely. What we have been experiencing is a storm, and in such a “hurricane”, with “special cause variations” and such extreme instability, changing exponentially over time, it becomes very difficult to undertake studies of the volume and quality of information flow.

Information has moved from a more linear source to a target equation similar to a gigantic grid-like explosion moving in all directions. It has also become very difficult to discriminate contents in order to establish the quality of information.

Attempts to undertake a scientific approach to such analysis is mostly based on simple random sampling. To ensure an unbiased selection becomes then an insurmountable challenge if one is to obtain reliable data. Despite these limitations what do some of the current studies reveal?

For one thing, the sheer the volume of the information shortens the span of attention of the target audience. Most – if not all – forms of social media are not precisely conducive to information, as per its previously addressed definition. The so-called democratisation has brought about a major change to information flow.  In general, people see, read or listen to what matches their own beliefs and pre-conceptions.  Fact checking and truth finding are increasingly left to the individual or, not to be ignored – to the intermediate channels that do it for them. Even if traditional media could – and should – always be legitimately challenged with fact-finding and truth-seeking criteria, journalistic rigor, credentials, and credibility have steadily been losing ground to the general acceptance of alternative facts without even a doubt and, much less, questions.

Information flow, in the realm of social media and cryptic algorithms, is intrinsically manipulative. Information is searched for and exists often to re-affirm existing beliefs. Alternative-facts have become facts. People outsource – or believe that they do – the information that matches their pre-conceptions, which is then later and almost immediately interchanged with those that believe and then retransmit the same over and over again through larger and expanding networks. The source becomes easily invisible.

Welcome to what Alexander Bard defined as a new underclass: THE CONSUMTARIAT

This takes me to George Orwell’s Nineteen Eighty-four. His novel brought to our lexicon words like Big-brother, doublethink, thoughtcrime, Newspeak, Thought Police, and Perpetual War among other terms. The Orwellian world is that of a totalitarian state. Among the characteristics of this state, we find deception, secret surveillance, misleading terminology and the manipulation of recorded history and facts In his novel society was hierarchized in three classes, the elite 2%, the “Inner Party”, a middle class that made up only 13% of the population, and the lower Proletariat, with 85% of the population.

Richard Florida’s concept of Consumtariat fits well with Orwell’s Proletariat, a class that is basically engaged in product choice and customization, including an inter-active participation in lifestyle choice.

Netocracy, a term created by Swedish philosophers Alexander Bard and Jan Söderqvist, exists in antithetical juxtaposition to the Consumtariat and basically engaged in the control of mass communication.

Philip Y. Freiberg, a NIDA Business School Ph.D. introduced the term Cyberdeutocracy in an article in connection with Russian Cyber involvement in the 2016 elections.

There is massive flow of communication but not necessarily of information. The target of this communication is for the most part unable to distinguish information from manipulative opinions, whether for political or economical gain or both. The digital revolution has created an unexpected major challenge in this area. Fixing this problem from an angle that touches freedom of speech in any way is not the solution to the problem. In fact, it would worsen the situation. But choosing to see the issue from this angle alone is ignoring the power exerted by the Netocracy or Cyberdeutocracy.

Some choose to think that the Netocracy’s power could never be curtailed without infringing, one way or the other, the rights of citizens. This argument and similar ones could also be part of Netocracy’s manipulation. Facts point to an evident ongoing – and increasingly dangerous – digital-information-manipulation war that can – or might already be – undermining what is being defended.

For those who live in areas that have enjoyed a not be underrated degree of freedom of press and speech– at least compared to other countries or cultures which are known to actively curtail these freedoms – this is one of the greatest challenges of our time. 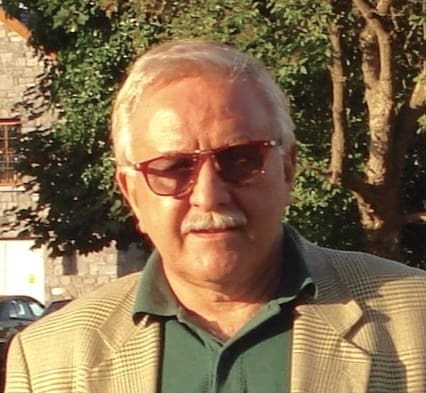 Social Media – The New Pervasive Social Consciousness Of Which You...