How many times have you heard “that’s the way it’s always been done”? Too many, I’m guessing. As a self-proclaimed HR rebel, this is one of those sayings that really gets to me.

It has me questioning why? Is this really working? Or are they just too comfortable with the processes and policies they hide behind? Is it too much effort to try to do things a different way? Are they too scared to dare to do things differently? Or do they really not see the value in doing things another way to how they have historically been done?

The world of work has changed, it is ever-changing, but with advancements in technology and a global pandemic, changes have been and continue to be more rapid than ever before.

In the companies that get it, the world of work is unrecognisable in comparison to those that don’t. We are no longer in the 1800s. Time has very much moved on. So why are some companies still operating in ways introduced in the industrial revolution? Fear? Ignorance? Control? Whatever reason it is, it isn’t good enough. It isn’t going to cut it in this new world of work. The world is a very different place to back then. Humans are not resources. Work does not have to and should not be a thankless task. Long gone are the days where it was widely accepted and expected that you go to work, put up with feeling undervalued, unappreciated and replaceable, and just be thankful you have a job.

People are asking and expecting more, and rightly so.

People need and want to be seen as the human beings that they are, and appreciated for what they bring to the table. They are looking to be listened to, invested in, cared about, trusted and lead with compassion and empathy.

They are looking to be treated as human beings.

That’s why it is dangerous to hide behind the excuse “that’s the way it’s always been done”. Saying that is admitting that your organisation is not moving with the times. It is not adapting. It is not listening and it certainly isn’t responding to the world around it or the people within it. And that is a very risky move. 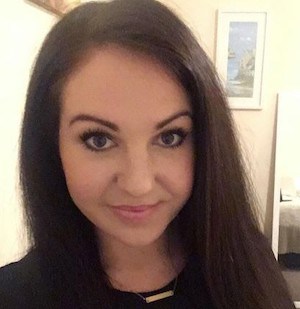 Lyndsay Morrishttps://www.apexhr.co.uk/
I believe in a better world of work. I believe in a world where leaders recognise and celebrate their people for who they are as well as what they do. A world where organisations see the person first, employee second. Where people are listened to, heard, valued, and appreciated. Where complex human messiness is embraced and celebrated. I am passionate about humanising workplaces and putting the human back into HR. It’s time for change. As a self-proclaimed HR rebel, I am always ready to challenge the status quo and look at things from a human-centred approach that puts people before process and policies. One conversation at a time…