That Person is YOU

I have a friend, James Y., who has influenced me in so many ways.  I met him at a time in my life where I was lost.  I was wandering, trying to figure out so many things.  I was kind of listless and unfulfilled.  I’ve had many talks with James about life in general and I almost always come out a better person.  He’s experienced a much more difficult life than I have, and he’s accomplished so much both personally and professionally.  I genuinely respect him, and whenever he starts giving life advice, I always make sure to pay attention.

Something he told me that radically changed my life was, “When you say ‘someone should do something’ that someone is YOU.  You are now supposed to do something.  You have a moral obligation to do it, and if you leave it for someone else you are the part of the problem.”

He said this to a group of people many years ago.  I’m not sure if the other members of the group had such a big revelation, but the day James said that the trajectory of my life changed.   From that day on, I became a better person.  That saying stuck in my head.  James teaches self-defense amongst other things.  Some of the students –  both civilian and law enforcement,  have been in life or death situations.  More than one has said they heard James yelling at them in the middle of their fight for life, and he saved their lives, even though he wasn’t there physically.  I can credit James for the same.  After my interaction with James, when I said or thought “Someone should do something.” I heard his voice in my head yelling at me saying, “Yeah that person is you!”  I started being a much more proactive person.  I started accomplishing a lot more than I had previously.  Over time, I became a much different person.

I also realized something.  I wasn’t unique when I thought “Someone should do something.”  I wasn’t some kind of lone slacker.  Most people will and do say “Someone should do something.”, but they themselves rarely do the thing that needs to be done.  I became a unique person when I shifted my mindset.  I became one of the few people that follow through with things.  It started small.  I said, “Someone should do something about that.”  I would hear James’ voice and I would take a breath and start trying to do something.  I wasn’t always successful, but more often than not, I was.  It was shocking to me how easy it was to solve SO many problems, just by trying.  There were so many problems in my personal and professional life that were just ignored and caused tons of problems and delays.  All it took was a few seconds of work and most problems disappeared.  The crazy thing is, people started thanking me.  I noticed something.  I did something.  TONS of people would thank me for solving this one minor annoyance.  When I asked why they didn’t do anything, they almost always replied that they were waiting for someone else to do it, or they didn’t know how to fix it.

I can’t complain as I used to be that person.  I used to say “Meh, someone should really do something about that.”  I’m at the point in my life where I don’t say that anymore.  After hearing James’s voice in my head hundreds of times, I kind of proactively attack problems without even realizing it anymore.

Fixing problems is usually so easy, too.  There are, of course, problems that are a can of worms, and that’s why most people don’t try to work on them.

What was shocking is that they are very rare.  Most problems only take a second or two of effort to fix.  Even if I don’t know how to fix the problem, more times than not, if I start trying to fix the problem and ask around how to fix it, people are happy to jump in and help!  So many times I go, “Well, I should do something.”  and I have no clue what to do.  I just start doing something, anything.  Even if it’s asking someone, “How can I fix this?”.  So many times after I start asking “How do I fix this?” I’ll actually receive help.  People sit back and don’t do anything, but once someone is trying to fix the problem, they are usually happy to jump in and help because the problem has been bothering them, too.  I guess they just need to feel like they’re not on their own?

The proactive mentality that I developed has helped me do so many things.  I get to experience a lot of new and cool things and my mind is at ease more often.  There are just less problems around me, and I’m much more confident in my ability to solve problems.  I’ve also had really interesting and healthy interactions with so many new teams and groups.  Many times, when I’m going about solving a problem, I get a lot of visibility which has been extremely beneficial career-wise.  When many are annoyed by an issue, they are usually really happy to find out who fixed it “for them”.  Also, when I go about solving a problem that is outside my abilities, I track down a person or team to help.  They’re usually really happy to have help and are thrilled to work with me.  It generates a lot of goodwill.  It’s also nice to be known as a person who “gets things done”.  It’s a reputation I aspire to have, and solving the mundane things is a nice pathway there.

It’s not all fun, though.  There have been many times when trying to solve a problem wasn’t easy, or made someone upset.  It happens, but it’s a rarity.  It happens so infrequently it’s totally worth the headache when things go sideways.  Reputation-wise, you’re the person who at least attempted to help.  As long as you stay within your abilities and are genuinely trying to help, it’s a rarity that anyone would even get frustrated with you.  If by chance someone does get upset you’re politely trying to fix a problem, they might be a person you want to avoid anyways.

At the very least I can rest easily at night knowing I did what I could do.  It’s a nice feeling. 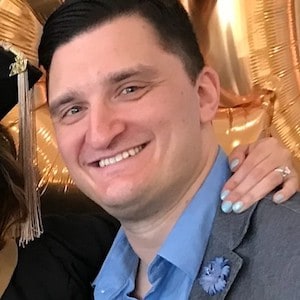 So You Wanna Be a Research Scientist?