I wrote a piece recently called Western education, business and society is institutionally and systemically racist, oppressive and it’s killing us ALL — but we can reimagine it, and honestly, it is not a blog that I ever thought I would write. (please note the resources and recommendations within).

Until several years ago my wholly conditioned mind had a pretty myopic focus. Keep striving for more money, more ‘success,’ more stuff, that “I will be OK when” conditioning that covers a far more dark, too rarely looked at, unsustainable, dynamic.

Never, barely ever, did I think during my first 38 years on the planet about other equally valuable humans, with families of their own in different parts of the world, those who were being moved off their land, oppressed, or worse, so that I and we get to stay in ‘perceived comfort’ in the West.

I do not judge you nor myself around this, we are just trying to get by in a deeply inequitable system that we have been brought up within and conditioned by. No shame or guilt required here please ! 🙂

Now don’t get me wrong, life is bloody amazing, I am very blessed, I laugh a lot, my wife is my best friend, I am really actually happy with my lot despite the wildness that surrounds us, AND I have both the privilege and responsibility to share the realities of what is often unseen as I learn about it.

I feel that I have a fairly unique lens of operating within the belly of the beast in the global chemicals industry and having a deep passion for imagining new systems and ways of being that are truly ‘sustainable’ for all and not just the few. However, looking the other way from these inequitable realities, and they are realities, is another example of one of the cultural patterns that Tema Okun researched i.e right to comfort and once you see them, you cannot un-see them.

We should not un-see them.

It is not ‘sustainable’ to un-see them.

I read a curious piece on medium recently where the author was espousing the amazing job that capitalism is doing to help reduce costs of renewable energy, bringing more people out of poverty, etc, and whilst by Western measures that may be the case, it is a dangerously colonial narrative that does not center those most harmed in the first place.

Let me invite you to explore my thinking and experience through another lens.

Working as I do within the global chemicals industry, over the past two years as we have navigated COVID, the upstream energy companies, oil companies and other ‘core’ manufacturers linked to those have never made so much money. (see more about this with stock market graphs and an invitation to hold paradox in my previous blog Yes, and … consciously).

Yet at the same time, in the UK alone, a so-called developed country,

Who’s narrative is this and is it sustainable?

We have a cost of living crisis, people facing £700–1000 per month increases in their mortgage rates due to recent, consentient interest rate increases, and people in the UK going to food banks to try and get by.

And at the same time as we clapped on the streets for those TRULY essential workers, those that keep society functioning and who are not as David Graber coined them, Bullshit Jobs, those with power and influence did exactly as they had always done, and they continue to do. Dominate, dodge and excuse themselves from accountability, partly by design, and partly due to invulnerability.

We have been conditioned to see these things as separate, another cultural pattern of binary thinking or either/or. Yet there is no need to raise interest rates as they are a completely made-up thing, as is money. Governments can print as little or as much as they like.

Also notice that without sharp increases in oil, energy, and manufactured good prices, all of which are intrinsically linked, there would be no need for the imaginary interest rate rises to so-called curb made-up inflation.

It is ALL made up.

These stories are not ‘sustainable.’

What is at all sustainable about any of this?

When I reflect on the above state of global, and local affairs, I am increasingly curious about what the below ancient oak trees at Hethfelton House (home of the Human Development Space) would be thinking and saying after witnessing well over 100 years of so-called progress in many (Western) ways, yet degeneration in others. Yes, and…. unconsciously maybe.

As my Global South peers and some in the West would say, #SustainabilityInc, the new, shining industry of all things certification, feel-good and West-centered, is ramping up its efforts to try and drag out the capitalist collapse that is underway.

Sustainability Inc’s desire is singular, it is binary. It is to extend the life of capitalist death for as long as possible. That’s it.

Why would you say that Garry, you are so negative! Realistic yes, but not negative.

When on one hand a global extractive company can be selling the world their story of becoming a top 5%, 3%, or 1% certified ‘sustainable’ supplier of XX, on the other they are actively, let me state that again, ACTIVELY, seeking products and materials that are highly toxic, on the ‘to be banned’ list due to known carcinogenic effects, to ensure that they are continuing to ‘grow.’

The logic is deeply degenerative, “if we don’t do it, someone else will.”

Where does this stem from? Yet another cultural pattern of fear.

So what is truly sustainable?

Remember, this is NOT a money issue, we can print or remove as much or little as we like, money is just an agreed made-up medium of energy exchange. It could equally be grains of rice, skills, or time.

This is a WILL and POWER issue.

I have learned so much from having emerging, strengthening Global South relationships and experiences, so much of what I share in the above ‘sustainable’ section has been learned from and with the Possible Futures Crew, A Growing Culture, Amazon Frontlines, and many other activist groups who are doing the work of centering those most harmed.

A kaleidoscope of potential and opportunity

This is where I kick into super-excited mode :). We ARE waking up individually and collectively to the realities of where are with systemic, workplace, societal and capitalist collapse underway. The good thing for those that are open and willing is that WE, every single one of us, DO have agency, we DO have a choice in the moment and we DO have the ability to show up fully, as best as we can, every single day.

Let’s look together at what we are conditioned to look away from.

Let’s self-organise across role and sector.

Let’s be fully alive together, that has to be more ‘sustainable’? 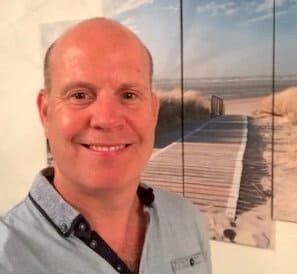 Garry Turnerhttps://www.hexochangenow.com/
Combining a powerful mix of international sales and culture expertise, Garry is facilitating individual and team transformations as an interpersonal catalyst. With over 20 years of sales and relationship building experience and qualified in organisational design and development, learning & development and as a chartered member of the CIPD, he focuses on bringing intentional human-centred working to all walks of life, and has the evidence to validate this necessary paradigm shift. Whether through connection-centred workshops, keynote talks, live events or through Thinking Partnerships, Garry is driven by his two non-negotiable core values of growth and connection.