The amount of freelance jobs in the United States is on the rise. A recently released study by Neighborhoods.com examined the top American cities for freelancers to live in 2019. To determine the rankings, they analyzed U.S. Census Bureau data from more than 150 cities and compared those cities across five metrics:

The full rankings and analysis can be seen in the graphic below. 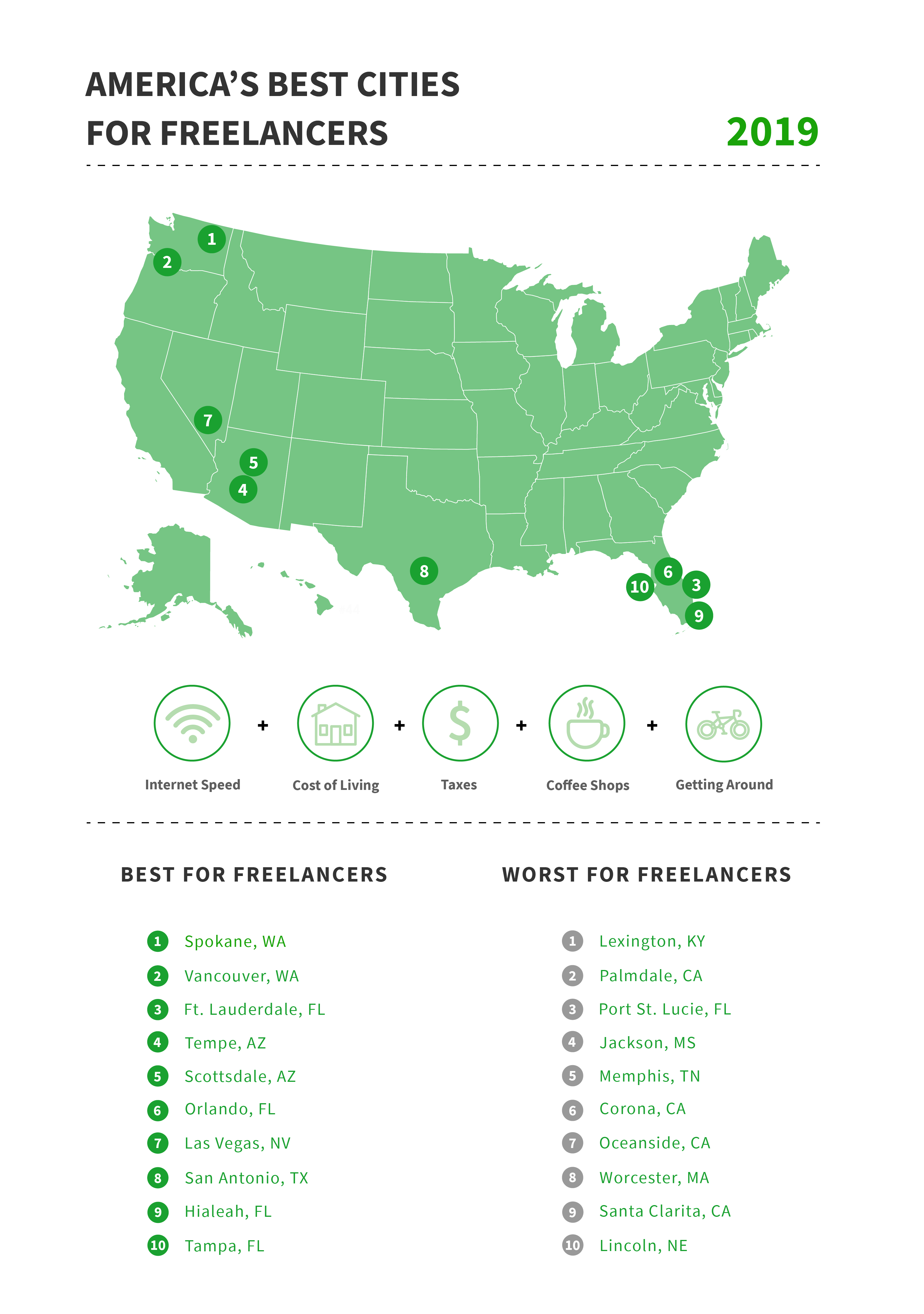 Matt Zajechowskihttp://www.digitalthirdcoast.net/
MATT is passionate about all things search engine optimization (SEO) with a strong focus on link building, local search, social media and content creation and promotion. He takes a great deal of pride in helping our clients obtain more digital visibility. Matt's core career background is link building. Link building constantly forces him to adjust strategies and explore different strategies for different clients. He also has a great deal of interest in social media and how businesses use it to market themselves. It's an emerging trend that he enjoys studying. Matt is always trying to learn more about the ever-changing search industry.

The Big Three: Who You Need To Know In Business

It’s been said that anyone can start a business, but very few can run a business. This is true, starting a new business venture...
Read more
@Careers | Job Search

How to Prepare Yourself for the Corporate World

Many teenagers know what they want to do after high school. They already know which industry they want to be in and looking at...
Read more
@LIFE & CULTURE

Author’s Note: This is the fourth in a series of pieces inspired by or reflective of my painted work. Some of my contemplations will...
Read more
@LIFE & CULTURE

On Being Cut from the Herd

How acceptance is the key to balancing morality and self-worth. Always and never are impossible to attain. Someone was misbehaving in Miss Meadow’s first-grade classroom....
Read more
@Careers | Job Search

If Your Boss Couldn’t Fire You – What Would You Do Differently?

I’m willing to bet – a lot. Fear runs a lot of our decision making ‘power’. It stops us from behaving in ways that we...
Read more
@LIFE & CULTURE

Written during the Corona Virus Pandemic with the hope of bringing a smile to someone’s face – or at least provide a short distraction...
Read more

Death and Grief in the Workplace

Sarah Hines
You don’t have to go very far before you find someone who has experienced the death of a coworker.  For our teams, sometimes that...

10 Ways to Stay Honest in a Dishonest World

My Father The Humorist and Poet

Giving in a Global Pandemic

Coming Together After Lockdown

A Dance for Humanity