Ever wonder what the world would be like if its total population consisted of the beer-guzzling morons in the stands at every athletic event? You know the ones, who know how to play all positions to perfection, make zero errors, and know exactly what the opposition is planning at every turn.

They know it all. They are infectious disease experts one minute and then shift to foreign affairs specialists the next. Having received their degrees at the University of Google, no one can match their intelligence.

Anyone who tries to apply reason to their often-baseless claims is immediately pummeled to death and consumed by a feeding frenzy of sharks circling in the blooded waters.

Poor scarecrow…That wicked old witch of the West will surely send her flying monkeys your way to beat the stuffing out of you too. And if your friends try to defend you, they will also be bludgeoned to bits by the blowhards of the internet.

I have had my fair share of ‘run-ins’ with these folks who troll the internet looking for a fight…The ‘Keyboard Warriors’ hide behind avatars or bogus profiles. The schoolyard bully who would never dare say to your face what they find so easy to spew all over social media.

I shared my thoughts recently on Facebook about gun reform and the bullshit excuses I often hear whenever the subject comes up for debate. Most who agree shared a ‘like’ or even shared the post to their own page. Those who did not found it an opportunity to take ‘shots’ at me with their loaded mouths.

Still, others believe in gun reform, but also have mixed feelings about just what those reforms should be. The ‘fear’ of losing their freedom if someone comes along and takes their guns away makes them hesitant to take a stance one way or the other.

Reminds me of Kyle Rittenhouse…The self-proclaimed vigilante of Kenosha. I am not saying the kid is a beer-drinking moron, just that he, IMHO, appears to be of the same mindset.mNo police training, (other than that of a cadet in a program for young aspiring police officers) no military training, no property of his own he was ‘protecting’…Just a kid with an AR-15, purchased for him by a friend, to do the job of policing with ZERO experience.

What comes to mind here is the Castle Doctrine. You may be familiar with it. It is what allows you to use deadly force if an intruder enters your home.

Obviously, if a stranger enters your home ‘uninvited’ the intent is to commit a crime. The moment they cross that threshold, you can legally use deadly force and it is considered self-defense, even if they have not made any violent threats or actions towards you.

However, if that burglar exits your home, with whatever they managed to grab along the way, (most are just looking for your television or computer) you are NOT allowed to chase them down the street firing at will. Not only do you put yourself in grave danger, but you also run the risk of hurting innocent people.

If that perpetrator turns and starts shooting at you, that is deadly force and can certainly be met with deadly force. But keep in mind, if you hit and kill that perpetrator, in the eyes of the law, it could be viewed as murder because YOU switched roles by leaving THE SAFETY OF YOUR CASTLE and became the aggressor by chasing him down the street.

IMHO, this is where the lines of the Rittenhouse case become very blurred. Not only did he leave his own castle, but he also left his hometown and went to Kenosha, (driven there by his MOTHER no less) as an untrained idiot with a gun looking for a fight.

He did have close ties to Kenosha, but he did not live there. So, he was not protecting HIS home. He was playing cowboy and falsely anointed himself  ‘protector of the people.’

So how did this seventeen-year-old from Antioch, Ill. get away with crossing the border and shooting three people, killing two of them, without so much as a slap on the wrist?

Well, the first brain fart is the fact that the Judge, in this case, dismissed a misdemeanor weapons charge near the end of the trial. WTF? Even though Wisconsin is an open-carry state, meaning these folks can carry LEGAL weapons without permits, minors are NOT permitted to carry weapons in public. This kid was still a minor at the time.

And the mother and friend, BOTH accessories contributing to the death /injury of these people, were never brought up on additional charges. Mind-boggling to say the least. Bottom line is, that this case was not prosecuted properly.

Now I am no lawyer, but it seems to me there was, at the very least, a degree of reckless homicide here in addition to a minor carrying a gun in public. Not only do gun laws need reform, but so does the mindset of an entire kangaroo court system.

Every time we have an incident, the bodies keep piling up. The victims of the Buffalo massacre were not even laid to rest before we had another mass shooting in Uvalde, killing nineteen children and two teachers.

It is happening in such quick succession these days that we are becoming desensitized to all the traumas. That in and of itself is frightening. The heat packers scream, “Secure the schools, and arm the teachers!” Are you kidding me? Teachers are there to TEACH…They are not foot soldiers!

And if you want to hide behind the bullshit excuse of mental illness being at the root of the problem, then why was an eighteen-year-old whom police knew to be mentally ill able to purchase 2 AR-15s and 375 rounds of ammunition?!?!? THAT’S THE PROBLEM! SMFH

No civilian, even one of sound mind, needs an assault weapon designed for military use for ANY REASON other than to kill…correction, slaughter people.

And do not give me the excuse of being a ‘hunter’…No self-respecting hunter uses an assault rifle to hunt. If you do, you are no hunter…You are just slaughtering your prey. There will be precious little of it left to hang on your ‘trophy wall.’

The damage was so extensive in Uvalde, that those poor parents needed DNA samples to identify their children.

And then comes BULLSHIT EXCUSE #2.

“I am a responsible gun owner and I need it to protect myself and my family.”

Ok…So I will assume as a ‘responsible gun owner’ that means you have your firearm safely stored in a locked safe and away from the ‘little hands’ that might happen upon them. Good for you. That is very responsible!

So, then what is the plan when the perceived ‘Hamburglar’ you need to protect yourself and your family from breaks into your home catching you unaware?

Will you have enough time to jump out of bed, run the combination on your locked safe, load your weapon, and confront your intruder?

Or do you plan to sleep with a loaded piece under your pillow to catch the intruder by surprise?

Asking for a friend who lost her life at 18, after a younger family member happened upon a loaded pistol in a dresser drawer and accidentally shot her in the face…In her OWN home.

Enough already. Something needs to change. 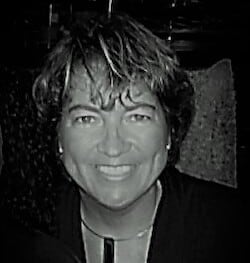 Cyndi Wilkinshttps://cyndiwilkins12.wixsite.com/website
I am a licensed/ certified massage and bodywork professional and the sole proprietor of The Healing Element, located in downtown Marblehead Ma. I have been practicing the art and science of therapeutic massage and energetic bodywork for nearly 20 years. Through my training as a manual therapist, coupled with my understanding of body-centered psychotherapy, I am an empathetic partner helping my clients heal from physical pain due to illness or injury and emotional pain/trauma. My approach to healing is in recognizing the mind and body work together in creating the health of all of its systems. I welcome the opportunity to work with anyone with a desire to reconnect with their mind, body, and spirit to explore the root causes of discomfort and disease. Together we work to initiate the body's own natural response to the physical and emotional triggers caused by everyday life stresses. The goal is to address the complete body/mind complex in a truly integrative, holistic way. I also love writing and sharing dialogue with those who encourage 'positivity' as the directional flow of conversation, especially when confronting conflicting attitudes. Reinforcing positive dialogue with a calm inner presence and open-mindedness activates the inner wisdom embodied within each conversation. I believe this allows us to move more freely through life's difficulties and navigate our way to healthier solutions. Health does not come from medicine...Most of the time, it comes from peace of mind, peace of heart, and peace of the soul. It comes from laughter and love. For more information about my work, please visit my website/blog as well as my profiles on the links provided above.