[su_dropcap style=”flat”]O[/su_dropcap]NCE UPON A TIME, somewhere in post-war Eastern Europe, there was a great famine in which people jealously hoarded whatever food they could find, hiding it even from their friends and neighbors.

Three soldiers trudged down a road in a strange country. They were on their way home from the wars. Besides being tired, they were hungry. In fact, they had eaten nothing for many, many days.

“How I would like a good dinner tonight,” said the first. “And a bed to sleep in,” added the second. “But that is impossible,” said the third.

On they marched, until suddenly, ahead of them, they saw the lights of a village. “Maybe we’ll find a bite to eat and a bed to sleep in,” they thought.

Now the peasants of the place feared strangers. When they heard that three soldiers were coming down the road, they talked among themselves. “Here come three soldiers,” they said. “Soldiers are always hungry. But we have so little for ourselves.” And they hurried to hide their food. They hid the barley in haylofts, carrots under quilts, and buckets of milk down the wells. They hid all they had to eat. Then they waited.

The soldiers stopped at the first house. “Good evening to you,” they said. “Could you spare a bit of food for three hungry soldiers?” “We have no food for ourselves,” the residents lied. “It has been a poor harvest.”

The soldiers went to the next house. “Could you spare a bit of food?” they asked. “And do you have a corner where we could sleep for the night?” “Oh, no,” the man said. “We gave all we could spare to the soldiers who came before you.” “And our beds are full,” lied the woman.

At each house, the response was the same — no one had food or a place for the soldiers to stay. The peasants had very good reasons, like feeding the sick and children. The villagers stood in the street and sighed. They looked as hungry as they could.

The soldiers talked together. The first soldier called out, “Good people! We are three hungry soldiers in a strange land. We have asked you for food and you have no food. Well, we will have to make stone soup.” The peasants stared.

The soldiers asked for a big iron pot, water to fill it, and a fire to heat it. “And now, if you please, three round smooth stones.” The soldiers dropped the stones into the pot.

“Stones make good soup, but carrots would make it so much better,” the second soldier added. One woman said, “Why, I think I have a carrot or two!” She ran to get the carrots.

“A good stone soup should have some cabbage, but no use asking for what we don’t have!” said the third soldier. Another woman said, “I think I can probably find some cabbage,” and off she scurried.

“If only we had a bit of beef and some potatoes, this soup would be fit for a rich man’s table.” The peasants thought it over, then ran to fetch what they had hidden in their cellars. A rich man’s soup, and all from a few stones! It seemed like magic!

The soldiers said, “If only we had a bit of barley and some milk, this soup would be fit for a king!” And so the peasants managed to retrieve some barley and milk.

“The soup is ready,” said the cooks, “and all will taste it, but first we need to set the tables.” Tables and torches were set up in the square, and all sat down to eat. Some of the peasants said, “Such a great soup would be better with bread and cider,” so they brought forth the last two items and the banquet was enjoyed by all.

Never had there been such a feast. Never had the peasants tasted such delicious soup, and all made from stones! They ate and drank and danced well into the night.

The soldiers asked again if there was a loft where they might sleep for the night. “Oh, no!” said the town folk. “You wise men must have the best beds in the village!” So one soldier spent the night in the priest’s house, one in the baker’s house, and one in the mayor’s house.

In the morning, the villagers gathered to say goodbye. “Many thanks to you,” the people said, “for we shall never go hungry now that you have taught us how to make soup from stones!”

Note from Billy: I do not take credit for this wonderful story, I did not write this great tale yarn or narrative, I just love the lesson in a story which I believe is the best way to learn, that’s why it caught my eye! The First Published Version dates back to Madame de Noyer, France 1720 and has many versions over history. The Stone Soup story revolves around a clever man with a charismatic personality who can get people to help him when their first instinct is not to. Is it a genuine folk tale in the sense that it had a long life in an oral tradition before being published in print. Here is a link to the original Story: The Story Of Stone Soup 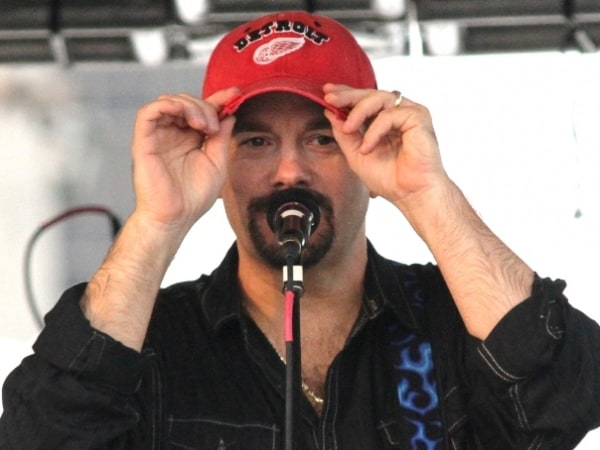 Billy Craighttps://about.me/craigbilly
TWO things are foremost in Billy Craig’s heart--great songs and great performances. For this small town boy, performing in front of a crowd is like walking and breathing. He just can’t help rocking the house every time. Currently one of the touring guitarist for BROWNSVILLE STATION®, he's a charismatic entertainer who puts the audience first and isn't afraid to walk the edge to get the crowd involved. Billy’s energetic reputation continues to grow nationally in the mainstream media, such as Forbes, Wall Street Journal, the Today Show, WSM in Nashville, and many other radio shows around the country. In Detroit, he has been featured on Channel 4 WDIV, The Mitch Albom Show, WCSX’s Overeasy Show, WYCD’s The Coop Show, and has produced parodies for Detroit’s Country Radio WYCD with Country Radio Hall of Famer Dr. Don. Billy’s experience covers years and distance, in venues from smoke-filled corner bars to the largest amphitheatre in his home state of Michigan, the DTE Energy Music Theater. He has performed throughout the USA and abroad, onstage and on live radio. As a songwriter, Billy’s style tends toward unique storylines and music that is as refreshing as a twist of lime in tequila. Songs on his first CD, This Side of Somewhere, received interest from radio in the USA and overseas. The feature summer song, “Flip Flops,” aired on NBC’s Today Show. His second full-length CD, Next Exit Paradise, oozes the perfect summer blend of rock, beach, and country.

I Love This School Tour