I’m not talking about getting off your sofa or suggesting you need to start working in the office now instead of your bed.  The comfort zone I’m talking about is the mental one and even more specifically – the one where you don’t believe that racism is still a thing.  I get it, I too tried pretending that racism wasn’t still baked into our societal fabric – it was only fringe.  That allowed me to go on with my white privilege and feel that as long as I was not racist, I was doing enough.

Except it isn’t enough

I admit, I was naive and enjoying the privilege of keeping my head in the sand.  The last few months have brought home to me just how insidious prejudice is in this country.  It’s hard getting all the sand out of my eyes.  It’s uncomfortable.  It makes me feel like I did something wrong.  And I just don’t want this to be the world we live in.

Then I Went Shopping

I have been reading, watching, and listening to the stories and voices of black people.  My understanding of their experiences is growing.  One moment that stands out to me was when I went to take a dress back to the store – the clerk had forgotten to take the security tag off.    As I walked into the store, I knew it would be different had I been a woman of color.  I fully expect that instead of smiling and accepting that I was there to get the tag off a dress I bought if I had darker skin the woman at the front would have reacted quite differently.  Yes, I had brought the receipt, but I would bet serious money that being a white woman I didn’t really need to.

Maybe the clerk would have smiled and accepted a woman of color’s story too.  It isn’t so much about the clerk’s reaction as it is about that other, darker-skinned shopper’s experience.  She would have been sure to have the receipt with her, probably held out right in front as she entered the store.

What Does This Have to Do With Transitions?

This topic might seem a bit odd for this blog.  But it has everything to do with transitions.  My current (and probably life-long) transition is going from not racist to anti-racist.

Did I mention it’s uncomfortable?  Like most people, I’m not a huge fan of being uncomfortable.  But I also know that change rarely occurs when we choose to stay comfortable.

Change of any kind is scary.  But scary doesn’t have to be bad.  Think of all the times you’ve gone through changes that ended up being pretty darn good.  I can think of a few – becoming a parent, moving to the East Coast, changing careers (three times.)  Here are some of the things that can make any transition easier: 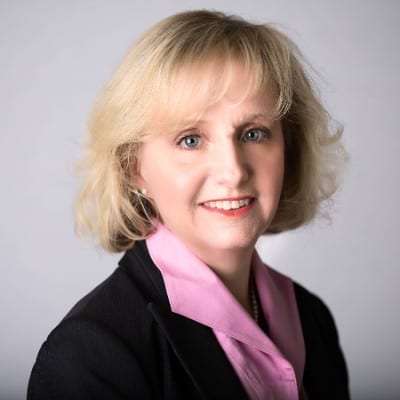 Katherine Porter. J.D.https://thetransitionnavigator.com/
Katherine is a speaker, writer, consultant, and coach with 20+ years of experience as a practicing attorney and business consultant. Leaving her corporate life behind, Katherine now leverages her knowledge and insights to advocate for human-centered workplaces. She believes that the systems and structures of most companies today focus too much on short-term profitability at the expense of attracting and retaining diverse talent. With her business partner and fellow design-thinker, Katherine is leading workshops for companies that see the value in a diverse and inclusive culture. Katherine is also an executive coach, primarily focused on helping women design a life that fits their unique strengths, talents, and priorities. Katherine’s coaching and consulting is grounded in three main disciplines: design thinking, positive psychology, and mindfulness. She writes about women in the workplace, workplace culture, and what she calls “work-life peace.” Katherine holds a B.A., cum laude from Connecticut College, a J.D. from UCLA School of Law, and is a certified life coach. She recently completed a professional Certificate in Design Thinking from the University of California, Riverside. She’s a proud introvert, an avid reader, and a dedicated lifelong learner.

Leave Balance to the Gymnasts, Strive for Peace Instead