Still Believe That Silence Is Golden?

Speech is Silver. Silence is Golden.

In 1831, when Scottish social commentator Thomas Carlyle translated these words into English, the prevailing thought in civilized society was that saying nothing was preferable to speaking.

Discretion, being defined as “recognizing and avoiding words, actions, and attitudes that could have undesirable consequences”  has long been the predominant teaching of the powerful elite. The implicit message to victims has been to keep their mouths shut if they knew what was good for them. Perhaps, for this reason alone, the most heinous of oppressors have been able to wield their power with relative ease. Shame and Fear have been powerful tools for subjugation.

It took me quite a long time to develop a voice, and now that I have it,

I am not going to be silent.

While outwardly victims have quietly borne their emotional pain, evidently an tsunami of outrage has been simmering not too far below the surface. As we have witnessed victims of abuse standing up to their oppressors: be they now grown children calling out pedophile Catholic priests, people of color videotaping racist law enforcement officials in action or sexually assaulted men and women naming their tormentors,  I confess to feeling two things:

Overwhelming despair for their suffering.

And the buoyant hope that time has finally run out for these brutal perpetrators of fear and hate.

For I know in my heart that this is how change happens. One voice. One person. At a time. As you and I and 20 million of our closest friends sat glued to our devices to watch Christine Blasey Ford retell in painfully graphic detail the sexual assault she suffered as a 15 year old girl, a seismic swell of pain surged up and spilled over.

Droves of women (and men) have come forward to reveal deeply buried secret stories of their own sexual assault, hidden truths never before exposed to the light. The mistaken belief that girls would tell their loving parents about these offenses was quickly dispelled. Admirably, Fox News commentator Chris Wallace, revealed never before divulged discussions with his own daughters because of Dr. Ford’s testimony. The tormented psyche of assaulted women was laid bare. A gaping wound lay unmasked… begging to be healed. And, no matter what side of the he said/she said discussion you may find yourself on, there is not one among us who can deny the insidious fact that sexual assault is pervasive throughout our society.

Our Stories Are our Most Potent Medicine

Over the years I have sat transfixed, as friends detailed their abuse. I have talked with them about their need to buy a gun for protection.  I have listened as they revealed the fact that their parents, their husbands had no idea of their suffering. Their voices were silenced, not by a hand covering their mouths, but rather by the prescient knowledge that they would not be believed. Despite the impassioned women we have seen bravely demanding that their members of the Senate do the right thing, it appears, at this reporting, the patriarchy may still be intact.  Brett Kavanaugh’s confirmation may be a foregone conclusion but make no mistake, there is no unseeing what has been revealed.

The crack in the facade is widening.

Evolution is a Slow Process. Except when it’s Not.

It only takes one voice, at the right pitch, to start an avalanche.

With each story, history is being rewritten to reveal the truths of injustice in our society. The centuries-old playbook of ‘deny everything and bully victims into silence’ is being edited. And changing the rules reshapes our future. While I am not one for patience, I can see the final days of hierarchy and entitlement,  the denouement of violence as acceptable and and the last gasp for justice being the privilege of the powerful. Those days may not yet be here. But they are on their way. Evolution is a slow process. Except when it’s not.

So Kudos to those who were brave enough to tell their stories.  We owe you a debt of gratitude.

Silence and shame are contagious; so are courage and speech.

Visualizing Justice for All, 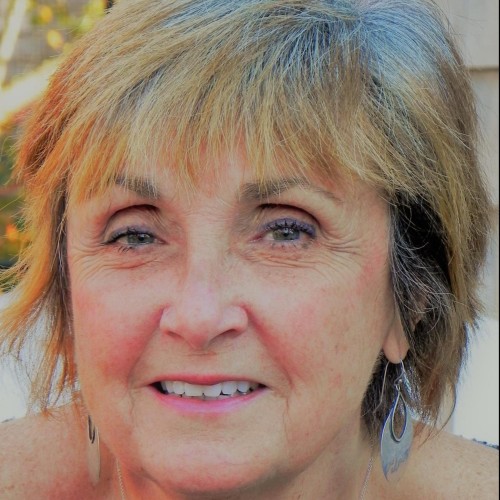 Rose Tenaglia Dunnhttp://lyceumlive.com/
Rose Tenaglia Dunn is the founder of LyceumLIVE: Your Resource for Hope and Healing. As a consummate connector, Rose is passionate about shining the spotlight on changemakers who are leading the way toward a just and sustainable world that works for all. She enjoys traveling, drinking a good tequila and feeling the sand between her toes.

The Bridge To WE

Why Don’t We SEE The Homeless?