Stationed Overseas – How Does The Servicemembers Civil Relief Act Work?

Can you be released from a car lease if you are military personnel stationed overseas?

My son is a United States Marine. He just found out that he is going to be deployed out of the country for a year.  He had no idea that he would be deployed when he leased a new car 6 months ago. He is not married and he is not sure if he will have a change of station when he returns to the United States.  It would be easiest to just turn the car in. Is there anything in place that can help him during his deployment? I am concerned about his credit and the fact that he may be paying for a truck that he will not be able to use.

I would like to thank your son for his service to our county. I am sure that being a mom of a Marine that is being deployed cannot be easy. The good news is that your son is covered under the Servicemembers Civil Relief Act (SCRA).  The Act was formerly known as the Soldiers’ and Sailors’ Civil Relief Act of 1940. It was designed to provide relief of financial burdens to service members, while they are deployed. In 2003 it was changed to the Servicemembers Civil Relief Act. The change amended and expanded the SSCRA.

Under the act, your son may terminate his lease, but he must take the following steps:

✅  Provide a written notice of termination to the company through which he leased the vehicle.

✅  Provide a copy of his military orders that show he will be deployed for at least 180 days.

✅  Please send these documents return receipt or certified so that he has the date the leasing company received it and who signed for it.

✅  Return the vehicle within 15 days after the date of delivery of the written notice of termination.

Please be aware that while the lessor is prohibited from charging an early termination fee, he can be charged for taxes, title and registration fees. He can also be charged if he has exceeded the mileage allowance or if there is any damage to the vehicle.  If the lessor does not agree to release him from his lease obligation he should speak to the Legal Assistance office located on his military base. 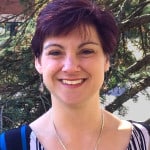 Kim Colehttp://navicoresolutions.org/
KIM is the Education Outreach Coordinator for Navicore Solutions. Kim provides financial education workshops and seminars to communities. Readers can submit general questions relating to personal finance, credit scoring, debt management, student loans, home finance or bankruptcy which may be highlighted in the next month’s edition. All identifying information will be kept anonymous.

A Credit Lock & A Credit Freeze – What’s The Difference?

How Debt Can Affect Your Mental Health