Smile on Your Brother

Author’s Note: This is the second in a series of pieces inspired by or reflective of my painted work. Some of my contemplations will lead me to the work of others. Some will feature mine alone. Some will do both. I hope you enjoy all of them.

I’ve had a song ringing in my head all week. It was 1967 when the Youngbloods released the song, “Get Together”. Here’s a beautiful, more contemporary version of the song.

I was a young adolescent then, and the world was not much different from the way it is today. Oh yes, the motivators for fear and outcry were different. There was the war in Vietnam, the battle of government versus the people, radical and outspoken opinions, hippies to Hells Angels. But the reactions were the same … all prompted by fear.

So many times we left our seats feeling empty, knowing our wishes for an end to the war were not granted that day.

In those days, we made sure to eat dinners early and get on with the chores of cleaning up, all for the sake of watching the evening news. We adjourned to the living room to take our front row seats for the horror show. Our favorite host for the show was Walter Cronkite. He was eloquent, reassuring, and calm. Every day, that well-respected man delivered the barbaric body count from the Vietnam War with the most eloquent tone and the most objective face he could muster. The news was news. So many times we left our seats feeling empty, knowing our wishes for an end to the war were not granted that day. Time went on. We watched. We waited. Does this sound or feel familiar?

That was more than 50 years ago. So many opportunities to learn have been bestowed on us and wasted. Wasted on blame — you know, that glue that bonds people in their abdication of responsibility. Since then, we’ve had radical political leaders. We’ve had wars in Iran, Iraq, and Afghanistan. We’ve had SARS and the Hong Kong flu. We’ve seen the Berlin Wall and the World Trade Center come down. Wasn’t that enough?

Love is but a song we sing
Fear’s the way we die.
You can make the mountains ring
Or make the angels cry.
Though the dove is on the wing,
And you may not know why …

No, still today we bicker. When cases of COVID 19 started to hit the US, I thought to myself, “Maybe this time.“ We seemed to have learned at first. There seemed to be senses of fellowship and community. I’m starting to wonder where it’s all going.

As each day passes, I find it diluted, giving way to bickering, mocking with slanderous disagreement.

That fellowship and community are being sacrificed on the altar of mean-spiritedness and Monday morning quarterbacking. And, yes, we have a new body count.

Maybe it’s that last little bit of hippie in me or the dusty old remnants of my ‘60s radical coming out, but I’m not giving up. I just can’t stand by and let this opportunity we have right now go to waste. Why? Because I believe in the good. I believe we can learn, be generous, be supportive. I’m hoping there are enough of us out there who can make positive change. My artillery will be kindness, awareness, bravery, compassion, and you. 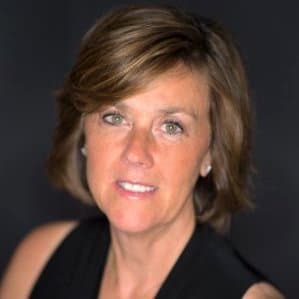 Anne O'Brienhttps://theartfitters.com/
Anne is the founder and Principal of The ArtFitters. At an early age, she found herself drawing house plans, enjoying visits to the furniture store, even staging and re-staging her bedroom. At the age of eight, she was more interested in picking out wallpaper, reupholstering furniture, and re-decorating rooms than going out to play. Over the course of her professional life, the scopes of her projects grew larger. Her exposure to styles, materials, and furnishing became more broad. Today, with more than 20 years of experience behind her, Anne is a visually inventive conceptual thinker who always sees the big picture. From residential re-design and staging to managing a $190 million dollar commercial property portfolio, artful re-creation and adaptive re-use inspire her. And she’s worked with franchisors to implement design standards that have been applied nationally. While managing commercial facilities and designing interiors, Anne always made time for art. She’s had instruction in sculpting, pottery, Norwegian folk art, wood carving, dress design, jewelry design, and interior design. She’s studied painting at the Borgo Rinascimento International School of Art in Farnesi, Italy, and with numerous artists. You can see a selection of her work at PaintingsbyAnne.