Familiar topics sometimes reaching the surface for open discussion are unspoken elements of human interaction, body language, eye contact, posturing, signals that one person; or both are not listening; staring into the distance.

The opposite scale would be a genuinely relaxed, comfortable atmosphere where individuals; even with opposing views form a friendly and open discussion.

Early life; very young children do not tend to ‘engineer’ their body language of posture by design or forethought. It is a natural behaviour or reaction. Not premeditated or planned; just natural behaviour.

Adults tend to learn how to behave. Posture, interest, pretending to show enthusiasm. Such acting may look natural, but looking at the eyes reveals more than the individual would wish.

Projecting vibes. Unseen, but received or projected, are typically an automatic response, subliminal. Challenging to consider or engineer ‘a display of vibes’.

Genuine fear is another aspect of visible posturing. Almost projecting a negative formulation.‎ Thus our primordial behaviour comes into play. Whether vibes projected during a fearful experience; also ‘warning’ the initiator of alertness, endeavoring to combat a dangerous situation. Could even be in an office or public group of individuals. 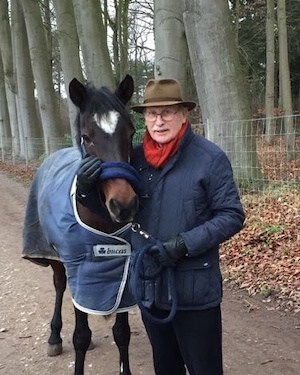 Some creatures are aware of human emotions, including dogs, but one specific species, horses, have an ability to ‘recognize’ many emotions that are given off/projected by humans. To say the least, it would be interesting if they could talk with humans. For many ‘horse whisperers,’ this borders on reality as they can communicate at a similar level.

Previous essays do describe my experiences with horses. I have not ridden for many years, but similar to a bicycle, I know I could mount a horse and enjoy a ride, for example, the countryside.

Walking through stables where there are a number of horses, there is a tangible reaction by each one as a person walks past them. An owner’s horse will tend to be placid, and welcoming, recognizing familiar vibes projected by an owner.

I used to ride my daughter’s gorgeous horse in a forest not far from Brussels. This is a horse that goes on picnics and has even attended a meeting of stable owners. Her horse is amazing when it comes to receiving and giving indicators of her state of mind.
She is the only horse I have hugged and kissed on the nose!!!

Perhaps we can learn from the behaviour of these rather special, sensitive animals.

I would really welcome fee-back from BizCatalyst360 and LinkedIn Friends.

A Beacon of Positivity