[su_dropcap style=”flat”]T[/su_dropcap]HE LAST WEEK in professional football was consumed with the tag line of a commercial:

I will leave it to investigators to figure out whether cheating occurred in New England and, if it did, how it was done. I will say, however, that there is a lot we can learn from watching sports on tv that can be applied to our careers and our lives. Now to be clear, the examples I will offer are from a fan’s eye view, not from any personal knowledge of the athlete.[message type=”custom” width=”100%” start_color=”#F0F0F0 ” end_color=”#F0F0F0 ” border=”#BBBBBB” color=”#333333″]

1. We are what we repeatedly do.
I interviewed Chance Taureau for Job Search Radio (the show went live in February 2015 and is available in iTunes, Stitcher and on WebTalkRadio.net). Among his coaching clients are professional athletes paid amounts equal to small government programs to execute. Do you think they are not practicing their skills until they become second nature in every circumstance? Whether it is interviewing or performing your job, are you practicing to make your ability to perform second nature.

2. Winners find the way to win. Losers have excuses.

Have you ever noticed how often a bad team leads early in a game only to lose in the end? have you ever seen an unknown tennis player win the first set only to get trounced and lose. Winners know how to summon up the muscle memory to win. One of the ways they do that is that they know that losers will summon up a similar muscle memory to lose at the end. It takes time to turn around a losing culture. It is often better to get rid of mediocre performers and rebuild. Mediocre performers work to lower the standards of new people to their level because they are threatened. Cut them rather than let them contaminate others.

3. You are what your record says you are.
This quote from Bill Parcels, former head coach of several great pro teams, is one of the most important things people need to accept. It doesn’t matter how close you get to success. You lost and the number in “the ‘L’ column” has increased by one. In life and in business, you are judged by results far more often than not. Companies may tell you they want to hire team players but they are lying. Ask any CEO whether he or she would like to hire a nice mediocre performer or the next Steve Jobs, Mark Zuckerberg or Larry Ellison and I suspect you know the answer. Start aiming higher in your aspirations.

The corollary to this is that it is the things we do when no one is looking that make an enormous difference. Ask any pro athlete about the work they do to get ready. Do you think Derek Jeter just decided to do that cutoff play that cost the Oakland A’s a game the series to the Yankees? No, it was something practiced out of site. How about that incredible stamina that Jerry Rice had? No, he did work on a 2 and a half mile hill as part of his training that became the admiration and model for other pros.

5. We are in control of our choices.
You say you want to be successful but will probably go home tonight and watch tv and do nothing to implement any changes to your life or routines. Pick one thing. Change your diet for tomorrow. Ask a friend to support you with making a change. Research online courses. Maybe the change you need to make is recognize that you are a workaholic and spend time with your wife, husband, partner, boyfriend, girlfriend or kids a little more often. Do something different. Again, pick one thing and make a change. Do it repeatedly until it becomes a habit.

6. Hire a coach.
Most people think they can make changes by themselves. They take off 10 pounds and put on 12. They learn to play an instrument and put it down and never pick it up. They aspire to promotions but do little or nothing to earn them and complain when their nominal effort is not instantly rewarded. Falling off the wagon and going back to an old habit is not the path to success. Successful athletes all have coaches. What do they know you don’t? Act like a pro and not like an amateur. Make a commitment to yourself and hire a coach to help you improve.[/message] 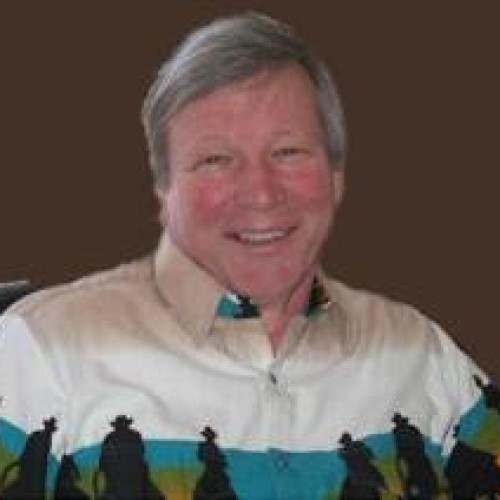 [email protected]http://strealtyu.com
Realtor/builder/pastor that spent most of my time between 2008 to now assisting people with distressed real estate. Provides information on real estate, construction issues and life at http://www.strealtyu.com