When I was young, I listened to everything my sister, Maria told me. She was 4 years older than me and we shared a twin bed until we were in our teens, believe it or not. I used to make banana sandwiches with white bread, butter and banana slices topped with sugar. “Don’t put sugar on that. You’ll get sugar diebeetees,” she proclaimed. I didn’t know what sugar diebeetees was but it sounded bad, so I downgraded my recipe to exclude sugar. Could this have been the beginning of my interest in health and nutrition? At 10 years of age, my sister was no doctor, but her influence definitely made me more careful about how much sugar I put on my cereal and other foods. As it turns out, millions of people die every year from complications related to diabetes and high blood glucose.

Maria, in her infinite wisdom, also taught me that if you happen to pee in your pants a bit, you can turn your underwear inside out and wear them again the next day! We both thought that was a great idea.

We used to like to pretend we were two girls called Clappy and Janie. I was Clappy and Maria was Janie. I thought Clappy was a pretty name. We would roll ourselves up in the curtains and disappear into another world. It was a world where Clappy and Janie had it all going on, pissy pants and all! They lived an affluent life, they wore jewelry and were beautiful. In my imagination, Clappy had long silky hair, whereas mine was short and boyish. Of course, Clappy thought she was more beautiful than Janie, and vice versa.

In her teens, Maria became more particular about how she liked things done. She told me things like how to cut the milk bag and how to organize things in an otherwise disorganized household. She also told me not to kiss boys with cold sores because they might actually be chancres caused by syphilis. She then proceeded to tell me about sexually transmitted diseases. By the time I was 12 or 13, I had a whole bank of knowledge about things nobody else would have taught me. Thanks, Maria!

As Maria moved into her teen years and young adulthood, she liked me less. We fought as teenaged sisters often do. Maria was inclined to be moody and was more often in a foul mood than a good one. One day we were fighting in our room. I’m not sure about what. It might have been about an article of clothing. My mother had just gotten home from her first teaching job. She didn’t have a car then, so she got a ride home from my father’s cousin, Charlie, who my mother invited in for a cup of tea. They walked in during our fight and heard Maria scream at me, “Fuck off!” My mother later told me about the look on Charlie’s face that day, and how she nearly died of embarrassment. I still laugh when I think about that.

Once we were in our late 20’s and 30’s, Maria and I became close again. Amazingly, Maria was an exceptionally astute judge of character and much wiser than she ever gave herself credit for. In her own life, she never trusted her judgement. Somehow, she could never do for herself what she could do for others. I could run any problem by her and she would have a very sensible solution. She was often the voice of reason when I needed a friend to talk to. I miss having that person in my life that I can tell anything to and receive sound, non-intrusive advice. That’s really hard to come by.

Maria has been gone for more than 11 years now. The beauty of genetics, I guess, is that physically, she will always be a part of me.

I hear her voice when I laugh. I see her face when I look in the mirror and I have all the memories of the banter we would engage in, sharing our raunchy sense of humour. We were equally outrageous. I still enjoy shocking people with my inappropriate remarks. We both always liked the honesty. Neither of us could ever endure the bullshit of pretentious people for very long.

To be honest, all of my siblings have influenced me in some way. We had some tough times, but I like to look back on the happy times. Too many people waste their lives dwelling on past miseries. If I had to give some sage advice to you, my friends, it would be to focus on the thoughts and memories that feel good to you. Any thought that feels bad will never serve you, whereas good feeling thoughts always make your day. 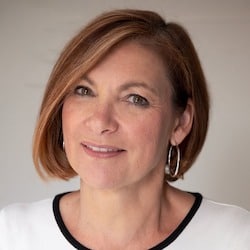 The Joy of Joy

Plan Your Attack & Stay on Track