I know – right ? Bear with me while I come in under cloud cover, and intercept your thinking with a different viewpoint. I am here to tell you that Silos in business are good. Take that as today’s ‘Signal Intercept From Low Orbit’.

In ‘another world’, a group of us were debating the topic of silos and one of my esteemed colleagues Davide Casali introduced the idea of ‘dynamic silos’. (By the way – do click on that link. he has a great blog absolutely brimming with great thoughts, opinions, comment and wisdom.) I liked that idea, so thought I might expand on his thinking – and explore how they might work. 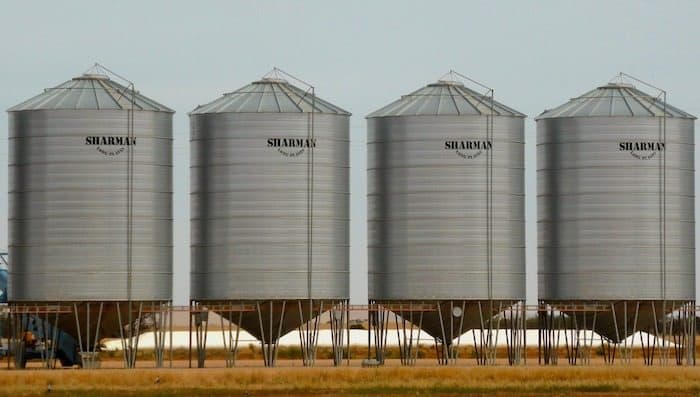 In business we talk about ‘breaking down the silos’. And we have been talking about doing that for years. Decades even. In short silos are not seen as good, but for whatever reason – they stick around and just won’t go away.

And, silos are bad because why? Well, to quote Davide, they …

He goes on to shed more light onto the challenge;

“Silos don’t exist due to will, they exist due to inherent limitation of human interactions and limitations. Even if criticized in its detailed form, even if technology helps extending the number to be higher, I think Dunbar’s Number as a general concept still applies: there’s a limited number of people we can actively network with in a productive way.

Today, we can try to automate more, use better communication tools, rely more on asynchronous mail communication, filters and so on. Yet, Maybe we can extend the 150 limit of Dunbar to 200, 300… maybe even 400 or 500 people… at some point, the silo will naturally form.

That’s why I feel we need to acknowledge in a sense how silos are inevitable. “

But there is light at the end of the tunnel, because Davide concludes;

“How do we manage this unescapable dynamic, in a way that doesn’t lock down people, communication, and businesses?

I think there’s nothing bad in creating a silo purposefully, knowing how it works, and then maybe dismantling it after a while. Shuffling silos is for example a strategy to work around this.”

We started organizing our businesses into silos long before Robin Dunbar was even born. Did we innately understand that, even though the theory had not been postulated?

The fact is we created the structures we needed at the time to help us better organize and manage functions in businesses that had become much larger than what we were used to. We did it by using the military as a model, because back then businesses started growing beyond the cottage industries that existed and we needed a way to manage thousands of people and to do that … the only known workable model that had any success was the military. And a couple of hundred years later it is still with us – and I am not just talking silos – after all how often do you hear military jargon like some of these one liners in your corporate hallways?

We even have the people at the top called a ‘blah blah officer’ …. and we have departments called ‘operations’ … and that ‘corner office’ (ever wondered about the origins of the word office (other than that is where one might find an officer)?

… and, just ‘down’ from the corner office is the ‘office with a window’, just across the hall from the ‘windowless office’ – but it’s still an office right? Not a cube with a door, or is that a personal cube, or a shared cube … Yes, hierarchy is alive and well in modern corporate.

I know not the truth of the following – but I heard it once said that “the proportion of the carpet to total floor size in a military office was directly proportional to their rank.” Maybe it’s apocryphal? Hopefully tho, nobody really suffers like this ….

Of course the military never organized themselves around the enemy (that’s ‘customer’ in business language), they ‘organized themselves’ to make it easier to ‘manage themselves’. And the best and easiest way to manage an organization back then was a top down, command and control set up where there are clear lines of authority.

By the way, that customer / enemy comparison is not offered lightly. Consider how much of traditional ‘corporate speak’ in business is at the very least ‘militaristic’, if not darn right ‘customer combative’. We all know that;

… you get the drift. But for some reason, we just accept the terminology, do nothing and allow them to ‘manage us’ on their terms. I kid you not – this just delivered to my inbox as I am writing this article.

Survival Of The Fittest