Showcasing For Good – By Extending A Helping Hand To Nonprofits

Among the many pro bono services now provided to “good” nonprofits and nonprofit service providers around the world by GoodWorks 360° – our affiliated site – is what we call “GOODSHOWCASE”. With more than a million and a half nonprofit organizations in the United States alone, how can we make a cause stand out? We believe the most effective solution is to use the power of the web to maximize impact by maximizing visibility across every viable social media channel. And we do this by opening the door to each new nonprofit relationship with a WORLDCHANGERS AT WORK (“WOW”) Interview, such as those presented here and shared across our massive social media networks again and again.

Under the Leadership of Effie Santos, Chair, the Mission of the  Philanthropy Council is to increase the impact and awareness of Tampa Bay area non-profits by serving as a collaborative fundraising partner. At the Community Philanthropy Council, our mission is to foster the growth of the Tampa Bay community and our Club Members by promoting and supporting local non-profit organizations through events and Club contributions. Throughout the year a monthly Helping Hands Happy Hour is hosted by the Council geared to not only raise funds for each nonprofit featured but also to raise awareness and be a platform for our local charities to spread the word about what they do and how we can get involved. The Committees at Centre Club are for Members only. To learn more about Membership, please contact Kris Takach at [email protected] or 813.498.4282 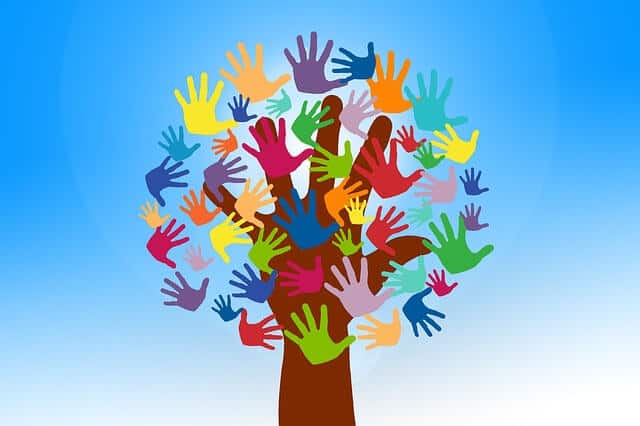 As best described by Effie:

One of our greatest needs for philanthropy in the Tampa Bay area is connecting our companies to the non-profit which best fits their mission as a company. When we connect companies to causes they and their teams are passionate about the cause is building a quality donor that they can retain year after year. From my experience, I have seen companies benefit on many levels. Some of these benefits include employee retention, increased sales and creating an impact in their community. The Centre Club and I are committed to the intersection of connecting companies and causes.

See our “GameChanger” Interview with Effie below ⤵︎

Changing The Game – By Collaborating For Good

Using the massive global reach of our award-winning global media digest these two organizations will shine a “beacon of light” on Tampa Bay Nonprofits “for good”. This unique alliance magnifies and complements the mission of two like-minded organizations, each recognizing that now – more than ever, nonprofit organizations serving our communities are faced with growing economic and  capacity challenges. We believe in the “power of two” when it comes to helping nonprofits maintain their focus on mission delivery while we collectively focus on enhancing their long-term sustainability. We are proud to collaborate with such a compassionate organization, displaying such a high regard for integrity, community, and positivity.

WE BELIEVE all nonprofits deserve access to  the most brilliant minds in social impact — and that begins with you feeling comfortable interacting and working with our Team to drive the goals that are the most important. The GoodWorks 360° Team passionately dedicated to helping nonprofits – locally, nationally and internationally enhance sustainability via streamlined access to high-impact pro bono services. The end result? THEY remain focused on their mission, their passion and service to their community. WE remain focused on delivering real solutions in real time, while helping them make their difference in the world.

Dennis Pitoccohttps://www.bizcatalyst360.com/
DENNIS is Founder & CEO & Reimaginator of 360° Nation, encompassing a wide range of multimedia enterprises, including BizCatalyst 360° —an award-winning global media digest; 360° Nation Studios —dedicated to reaching across the world in an effort to capture, produce, and deliver positive, uplifting messages via game-changing productions such as HopeFest 360°, and; GoodWorks 360° —a pro-bono consulting foundation focused entirely on providing mission-critical advisory services to nonprofits worldwide. Everything Dennis does is carried out "for-good" vs. "for-profit", reflecting his belief that it’s time for a renaissance of pure, unbridled wonder. Time to renew in both our hearts and in our souls more joy, more kindness, more compassion, more understanding, and that magical sense of truly belonging to something greater than the status quo. And time to bring the spirit of “humanity at its very best” back to the forefront. More about his "backstory" HERE. Dennis is also a contributing author to the Best-Selling Book Chaos to Clarity: Sacred Stories of Transformational Change.