There are three things I have learned from my pursuit of self-branding.

This comes from my own personal testing of my social media use. This is coming from a standpoint of not being completely established yet, however, the lessons can go far.

When I write a very human celebratory status of my accomplishment, I am more likely to get “likes” even from people who do not know me. or have liked my page simply in response to me liking theirs.

When I write a sales type of pitch such as “look at this” or “check this out” I am only likely to get likes from people who personally support my brand or myself rather than appeal to people who do not know me.

When I write an inspiration, leadership, wisdom or guidance type of post (which is said in the status itself rather than redirecting to a link with the text), I get the most likes.

When I simply list what is being done or accomplished, I get almost no likes.

I have found that the rate of posting does not matter either with likes. It is what connects. Thus, many brands misuse their social media connections. Due to a volume of likes, they take for granted that they are only reaching people who already support the brand. There even comes to a point where a brand or company can post literally anything and it will get likes. That is after the established point. But what my experience reveals is what people respond to and stay committed.

People connect with posts that are:

The exception to both of these rules is established brands. The people who like your products will tend to like your posts no matter what they say. However, when this occurs, brands forget how to connect and draw in the rest. Observing how I have gotten likes, I have noticed a pattern. And that is because people want to relate to you. Which brings me to my next point:

Social network is to network. Whatever you put out there is for an audience. However, there is a limitless cap to that audience. You cannot and should not wait for people to discover you. The people who tend to like my facebook pages, for instance, are not usually fellow writers or people who think alike or are particularly fans. Rather they are people who I have made a connection with. They are the people I have reached out to.

Again, when brands become established, then they can get deceived by volume and not remember value. In a week alone, I was retweeted by Olay Fresh Effects, General Electic, Unicef and other such established brands. What is special about me? Well, simply that I pursued a relationship with them. I wrote about their product. I did something that supported them. I sold their product in my own piece.

Value and volume are not interchangeable.

Obtaining fans for a product is one thing. Obtaining fans for the product’s pursuits is another. Who is really showing interest? In that way, I learned how to create a statement which would not only show my interest but in turn celebrate what they are doing.

What does this reveal?

You would think a number of people would be doing that. Why would I be the only one to be retweeted so often and so successfully by the companies I reached out? Wouldn’t I get lost in the many who did the same? Nope. The reason. Content is easy. Containing numbers is easy. Creating connections is not.

Again, major corporations see volume and mistake that for value. Customer/Client is not Connection. A Fan or Follower is not a Friend. When you create friends, you create people who then continue to sell your ideas because they believe in you. Even though a connection had not been made to me, I responded to major corporations as if it had. It revealed that this connection is what these corporations were looking for. It revealed that they and every brand need to create them and they will continue to get tweets like the ones I sent to them which inherently sold their products. When you have friends, you have people reselling the ideas. When you have the human aspect of a corporation, you double the number of people not following your Facebook– but featuring it.

When I reached out to a Facebook page or product, I was more likely to have my facebook page highlighted on theirs. This happened only after I made personal connections.

Lastly, networking is an opportunity. Find who knows what and create connections, create ideas. It’s more about connections than it is content. In less than a few months, I gained modeling, writing and creative collaboration opportunities simply by reaching out to people rather than waiting for someone to reach out to me.

How To Define Your Brand

When we study fame and study our culture, unless it is a major corporation, new innovation or celebrity, social media can be a tough ladder to climb in terms of gaining recognition. Despite an easier ability to be seen, the competition is larger. So, how do you make your business or brand stand out?

It is about the value of what you are actually doing.

I get inboxed with the same type of product pitches constantly. Yet, I can tell when a company does not have credential. You create connections BUT you let your product sell itself. That means you need a good product. Word of mouth is far more powerful than anything else you can do. I learned this when I used to sell Cutco knives in high school. I never saw major advertisements for this cutlery. However, word of mouth created their reputation and their referrals.

This brings us to bravery vs. branding. Instead of thinking, which are the brands that last? Think about this: Steve Jobs. Yes, just Steve Jobs. Steve Jobs ran his company like a start-up. They solved problems through innovation. He became a figurehead for innovation itself on a large scale. He put progress first. Steve Jobs also did not do focus groups. He simply said that people do not know what they want until they see it.

That is the difference between a trend and timelessness.

If you are authentic, there will be an audience for what you do. When you focus on progression, you will have a great product. When you focus on innovation, you will have a great idea. Quality will keep your customers. There is no shortcut to success. Those with five minutes of fame have only that. Those who use shortcuts to get seen or simply rely on public perception eventually became defamed.

Then it will not matter who gets it or not. Those who do get it will be loyal. They will do the selling for you. Much like how major corporations retweeted me, it was because I was doing something rare– something lacking, something they wanted to be seen because, despite the volume, they wanted value back from their customers: I sold their products in my own presentations to them. How many followers or friends forward your ideas and go, wow this is great?

Since major corporations all retweeted me, in a web of endless tweets and so on, it revealed that volume and value of fans are not the same. Connections NEED to be made to have consumers continue selling for you.

Likewise, great leadership is not leading followers. It is creating more leaders. A great product is not gained publicity. It is gained passion.

Lastly, we must care about progress as a society. When we overly focus on simply selling the same idea, we do not innovate. We do not challenge. We do not become brave. When you decide to focus on your own product as a passion, much like Steve Jobs, you will allow yourself to take risks.

There is a correlation between risk-taking and success. Just ask Edison. He failed a lot at first to get to the correct result. Only when you are passionate are you likely to take risks and succeed. In fact, that is what it takes. This brings us to my last point: how to appeal to people? As each previous point has brought to surface, it is one thing: authenticity. At the end of the day, you are selling to humans.

You are selling to humans, not machines. Yet many people forget that rapport building. They forget that relationship creating. They forget that passion pursuing and gaining other people who want to progress an idea or product (rather than simply gain publicity). So long as human beings are the face of great ideas, they will reach far more people. When that is forgotten, you will have clients, sure. You will have customers. You will not have connections. Volume and value are not the same. It is the difference between being a trend and being timeless.

Are you ready to be brave or build a brand?

If you are ready to be brave….

Then, and only then are you ready to build a brand. 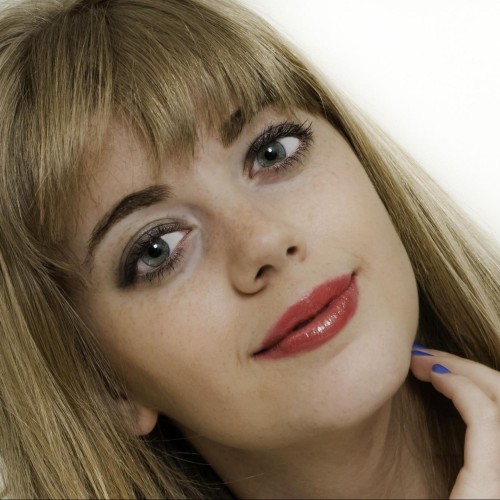 Sarah Jeanne Brownehttp://www.sarahjeannebrowne.com/
SARAH is a writer, speaker, and activist. She is writing a young adult fiction novel, speaks on having Unseen Brilliance and advocates empowerment of the self.