This particular measuring device covers some 30,000 bank employees and building societies but excludes certain US banks and UBS.

The readings from this measuring tool reveals there’s a long way to go before a fully trustworthy banking sector exists again:

Worse, one in three employees say they’re fearful about speaking up about concerns at work.

“Flexible ethical standards” is a convenient euphemism for those who believe they must cheat, lie, withhold important information, or generally behave dishonestly, or treat others with disrespect.

Currently, they say its the only way they can succeed in their job–when will the bank leaders disabuse them of this belief. Or are the right?

We can’t condemn such misguided employees. Not all are irresponsible or “bad apples.” They’re interpreting a prevailing banking culture. It may be a misunderstanding, yet its essential unspoken message is ethical standards are: 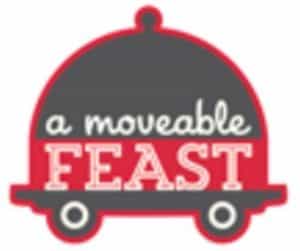 The recent Wells Fargo debacle shows what can happen when a company allows a toxic leadership environment to prevail. It generates ethical blindness.

Some former Wells Fargo employees did try to speak up about the plethora of unethical practices conducted at the expense of the bank’s customers. Many were subsequently fired for following the law and speaking up.

Some of these victims have now filed a class-action lawsuit, seeking $2.6 billion in damages. The fallout from the creation of millions of secret, unauthorized bank accounts continues.

“Why do one in three of our bank employees fear speaking up?”

The answer lies in the sort of culture, the environment for which they are responsible as leaders. It’s apparently regarded as career damaging to report on wrong or reputation-shredding activity. Such fears seem entirely justified.

“Just over one in eight employees have seen instances where unethical behavior had been rewarded.”

When the UK needed a new Governor of the Bank of England it proved impossible to find a sufficiently trustworthy and talented banker from within the ranks of the existing UK banks. Equally, many more UK bank leaders still need to undergo serious re-training in business ethics or be pushed out of the sector.

British banking needs leaders who don’t retreat into phony language like “flexible ethical standards”, or who are not too weak willed to exercise zero tolerance for unethical behavior by colleagues.

Right on cue, the first outsider has just been parachuted into the role of chairman of HSBC. Previously head of Asian insurer AIA, Mark Tucker has his hands full in smartening up this particular bank’s practices, including its ethical approach.

Known for its slow decision-making and sclerotic culture, HSBC is in for a shock. Tucker is a “hard, direct person to deal with,” says a senior executive who has worked for him, adding:

“He’s got great integrity and he’s got a laser focus on things that make a difference to consumers.”

What will make a difference will be a steady rebuilding of a reputation for ethical, trustworthy behavior towards it customers? But how exactly does winning customer loyalty translates into better financial results for a retail bank? And how much value is at stake? For many bankers, the link between loyalty and financial results is somewhat unclear.

One imagines the straight-talking Mr. Tucker having little patience for HSBC managers who turn a blind eye to ethical failings in their domain.

For example, one can only speculate on his likely response to the previous head of HSBC’s private banking operation division between 2006 and 2011. This banker, in charge of Swiss operations, oversaw a branch mired in money laundering. Confronted by MPs over his inaction he brazenly declared:

“I do not take direct responsibility for the direct actions of people in Switzerland. None of this was flagged up to me sitting in London, that we had an issue,”

This ethically blind banker apparently expected an envelope or e-mail to arrive with detailed allegations of what was happening under his watch.  The executive failure cost HSBC a record fine of 40m Swiss francs (£28m)— the biggest financial penalty ever imposed by the Geneva authorities.

Much as we hope Tucker will transform HSBC, the latest research puts a question mark over this. He may well face evidence of unethical business practices, but would he be more or less likely to stop this adverse behavior?

According to new research by Jessica Kennedy of Vanderbilt University, (Why Do Powerful People Fail To Stop Bad Behavior?)

“Holding higher rank makes it less likely someone will object to an unethical act. We call this behavior “principled dissent.”

It all depends apparently, on how closely the newly appointed Mr. Tucker comes to identify himself with the HSBC culture and people. Strong identification comes at an ethical cost. It makes it more difficult to perceive ethical problems within a group. Kennedy explains this state of affairs:

“People who identify strongly with a group are more likely to consider unethical acts committed by its members to be more ethical than someone with a weaker connection to it.”

So one reason high-ranking people may fail to stop unethical practices is their stronger identification blinds them to what is happening. They fail to see the act as unethical in the first place. They don’t step in and intervene because they don’t see any need to do so.

We must wait to learn whether the hard driving Mr. Tucker roots out unethical practices at HSBC for the benefit of its long-suffering consumers. Or even whether he attaches a high priority to doing so.

Across UK banking, the problem remains how to move into a new era in which bankers can once again be fully trusted. It’s no secret, for example, many senior bankers would love to dump many of the regulations imposed on them since the financial crisis in 2008.

In early February this year, bank shares across western stock markets soared after the new US President said he intended to tear up the regulations put in place to police the sector. Since then he has signed an executive order demanding a review of the 2010 US Dodd-Frank financial oversight law, designed to rein in reckless financial firms.

Many analysts have warned against watering down the act, fearing the global financial system could return to the dark days of 2007 to 2010.

For those outside of this still untrusted sector, the biggest question of all remains:

“Is there an ethical banker out there?”

Can Compliance Trigger a Corporate Transformation?