Saving Yourself for Marriage

Back in the carefree summer of 1993, while full of youth and nativity, I wanted to do at least one thing for my parents, save myself for marriage. I saw myself marrying my then-boyfriend and going to our marital bed a virgin and waking up the next morning a woman. Yeah, well, we all can dream, right?

I was barely twenty years old, a nursing student, carhop at Sonic drive-thru, and a huge sucker for romance. I never really knew what it felt like to be in love and in a relationship until then. I thought I had been in love once, but when I experienced it for real, I knew that high school crushes in no way compared to true love. I was very naive from growing up sheltered my entire life. When I did fall in love, I fell hard.

It was June of 1993. I saw him standing outside the nursing home in which we were forced to place my Daddy. Something about him moved something in me. I don’t know if it was the way the sunlight hit his hazel eyes as dusk settled over or the fact I knew him from school without ever really noticing him. We had to have exchanged pleasantries but I don’t remember what was said. All I know is, for me, it was love at first sight.

You know, I must have bumped my head when I fell hard for him because I held on to him for dear life and made him my everything. He was my first love, partner, everything and I never sought after another man. I almost couldn’t breath when he wasn’t around. He became my air. Back then he was honest to a fault. I mean, so brutally honest that he’d hurt my feelings at times.

But, I was happy for the most part as I blindly went forth into a relationship where I thought we would be together forever and he’d never cheat on me. For some reason, we had a tight bond that others could sense. As the months went by so did his patience for my need to remain pure. I figured if he loved me he’d wait. I was worth it in my mind. It didn’t occur to me that he would actually be with anyone else.

I thought romances happened as the did on TV; boy meets girl, boy falls in love with girl; boy and girl get married and live happily ever after.

Yes, I was that naive for a long time. Long story short I didn’t go to my marital bed a virgin. I was pressured into deflowering with threats that he’d have to cheat if I didn’t agree. I did manage to hold out almost a year and ended up marrying him, the first man I fell in love with. By then, unbeknownst to me, he had already been unfaithful.

Saving myself for marriage was something I was taught to believe in. But did I really believe that religiously, it was a sin? Or was it something else that had been carved into my mind? At that time, I was scared, but part of me was ashamed. Now, I know I’m worth the wait. But at 20, still struggling to fit in, it seemed like the only thing that would keep him with me. That right there should’ve been a huge red flag for me but I was too love-blind to see it.

I’m sharing this intimate portion of my life to tell young women or women in general, if you have to do anything you are not ready for or not comfortable doing, to keep a man, he’s not the one for you. If he leaves you then he was only there for a season and he has fulfilled his purpose. Let him go! Your body is YOUR body. If you believe in keeping your body pure until marriage, do just that! Don’t worry about what anyone thinks or says.

Sex is not love; not even in the best of relationships. Intimacy can be experienced (shared) mentally without even being in the same room. I’m not knocking those who don’t save themselves for marriage because I stand with you. Do what’s best for you in your life. I think I gave myself away not only to keep him but because I was told not to for so long. This is a rough post to get through. Honestly, its one of my most uncomfortable subjects to speak on.

But I’m a woman willing to be transparent with my readers. There is no subject that should be off-limits. My life story is a made for TV movie. Believe me, when I say, my personal stories as of now, don’t even touch the surface. Maybe one day I’ll write a book. But for now, I will stay humble and continue to count my blessings. 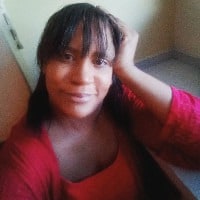 It’s All In The Eyes