For the Kingdom of Saudi Arabia (KSA), the goal of transitioning into a knowledge-based economy in order to facilitate the evolution of an autonomous and self-sustainable national defense industrial manufacturing base is among the most important objectives facing the Kingdom. As the custodian of the two holy mosques in Makkah and Madinah, the KSA assumes a unique leadership role within the MENA region. For the KSA, the necessity of developing an indigenous self-defense industry goes beyond ensuring its own national security and includes the added responsibility of developing and managing innovative paradigms for regional security as well.

For the KSA, success in the development of a viable defense industry would fulfill a number of strategic imperatives currently facing the Kingdom. The predominant of which, being the continued ability of the Kingdom to safeguard the stability of the region. In the event that any of the KSA’s regional allies are threatened by outside powers, the Kingdom must be able to establish and maintain the necessary protocols permitting the Kingdom to project both strong and soft power regionally and internationally.

Currently, the Kingdom of Saudi Arabia ranks as the third largest defense spending country in the world. This distinction effectively places the Kingdom in the untenable and challenging position of importing approximately 98% of its annual defense expenditures from foreign suppliers.

In the event of any significant geopolitical crisis, the current lack of a meaningful self-sufficient defense industry would certainly create a critical and unacceptable degree of vulnerability on the ability of the KSA to adequately safeguard its national security. In addition, such a position would negatively impact the Kingdom’s ability to access global defense supply chains should it find itself in the position of failing to establish adequate alliances with other countries. Even then, the Kingdom would remain unnecessarily exposed to the possible arbitrary and capricious political objectives of those countries who currently fulfill the Kingdom’s national defense requirements. At least of one of these countries, has signaled their intention to reduce their defense commitments in the region.

From a strategic standpoint alone, such a position is unacceptable for any country,
and remains exceptionally so for the KSA which continues to face a number of significant asymmetrical national security threats. To the KSA’s north, ISIS continues to pose a threat contributing to the political and sectarian violence in both Syria and Iraq. To its south, the KSA faces an impoverished, religiously divided and unstable Yemen. And to the east, Iran another energy-rich nation remains committed to undermining the Sunni-dominated status quo in the region.

In order for the KSA to accomplish their national security objectives, it is essential that the Kingdom not only upgrade the effectiveness of its expeditionary warfare capabilities, it must develop the requisite capabilities enabling it to provide not only deterrence but also the capability to assess and rapidly respond to current and future threats. In order to project power internationally, KSA will have to establish itself as an alternative to outside military interventionism in the Arab world and provide its own military solutions to any eventual crises that will ultimately arise

For the KSA, the creation of an indigenous national defense industry remains the one attainable objective contained in the overall goals of the Kingdom’s national transformation plan. The Kingdom’s success in developing a viable defense industry, would ensure both the Kingdom’s current and future national security requirements, while simultaneously positioning the Kingdom well on its way to becoming a global leader in terms of transitioning into a knowledge-based economy and establishing and maintaining a viable industrial and commercial base capable of producing high-technology weapons and defense systems for use indigenously and for export.

While nothing is guaranteed, in the past the Kingdom has demonstrated an acceptable ability to adapt and modify existing technology to fit its own military and national security requirements. Over time the KSA will be able to expand on this initiative and move up to more complex defense equipment. Based on that fact, it can be projected with a fair degree of certainty that a significant amount of the KSA’s desire of achieving self-sufficiency in the defense sector can be an attainable goal for the KSA within the next decade.

However, the success of this scenario is contingent on the Kingdom positioning itself for the long game, learning from past mistakes and commencing the required preparatory work that needs to be addressed now. In addition, the Kingdom will need to decide on the scope and direction of its technology acquisition targeting process. Otherwise, the Kingdom will continue to see itself outmaneuvered by other nations.

In order for the KSA to successfully advance Vision 2030 and related projects as well as achieve measurable results in regard to its internal defense capabilities, the Kingdom must first demonstrate that it can transition away from its vaguely defined goals of the past and overcome traditional bureaucratic entanglements by becoming proactive and innovative. This, in turn, will require the development and implementation of comprehensive plans and mitigation protocols necessary to establish improved coordination between the various ministries and departments as well as developing the capability to properly assess and mitigate the myriad of unexpected developments that will occur as they move forward. At the same time, the Kingdom must remain focused on the concentration, cultivation, and acquisition of relevant technological and educational capabilities.

As the Kingdom moves forward with the process of identification and assessment of foreign technological firms it will find itself in direct competition with a host of other countries who are attempting their own national defense and economic diversification initiatives. The resulting challenges in overcoming the subsequent obstacles stemming from this increased competition has the serious potential of creating a strong sense of nationalism within each country. This, in turn, has the potential to increase the level of animosity and friction between countries normally tolerant of each other.

As a result of the competition and increased nationalism, there has been an increased trend among the world’s more advanced countries to implement varying degrees of national security reviews when evaluating potential acquisitions by foreign entities. Therefore it is important that the KSA addresses at the earliest stages of the targeting and acquisition process the potential or perceived risks related to a country’s national security review process.

In today’s current global climate such issues as national security, economic competitiveness, and job security will certainly become contributing factors in a country’s decision to implement a national security review. In addition, when dealing with US firms, for instance, complications will arise from the enforcement of the International Traffic in Arms Regulations as well as potential conflicts from other regional allies.

Given the natural inclination for a country to protect it’s domestic technology and innovation the Kingdom must demonstrate the ability to implement critical and innovative acquisition targeting procedures. Without such innovation, the KSA will never be in a position to successfully advance its internal defense industry and transition into a knowledge-based economy. Among examples of the innovative procedures, the KSA should implement include focusing on and identifying emerging companies in second tier countries that demonstrate the ability to develop innovative technologies.

In order to circumvent any potential geopolitical objections, the Kingdom might benefit by making significant investments in education and training that will come from the establishment of affiliations with academic institutions. At the same time, the KSA must proactively engage in the identification of acquisition targets that currently exist within second and third tier rated nations. Tapping into the potential of the emerging entrepreneurial firms located in these countries will provide the Kingdom with a rich source of technological knowledge without having to address the significant level of scrutiny, internal restrictions and inherent complications that may result from companies located in more established countries.

With this criterion in mind, the targeting process should concentrate on the following:

If these challenges were not enough, a further complication the Kingdom must successfully navigate when attempting to develop and implement its national security policy and defense protocols come from the number of countries outside the MENA region that insist on claiming a vested interest with it comes to determining regional security. 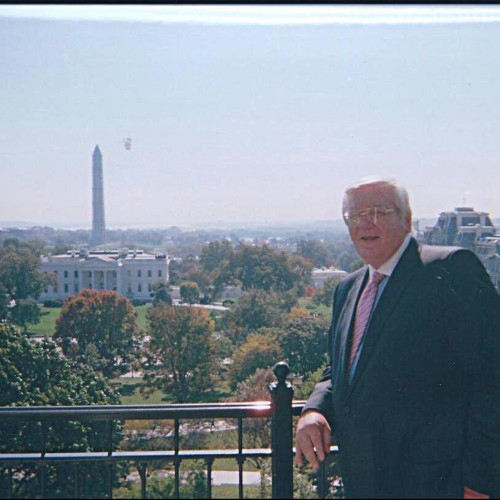 Arctic Development: The Risks and Rewards of Conducting Business on Top...

Think Strategically When Responding to a Corporate Crisis