Previously, I had run away from home hitchhiking all over the south with my boyfriend Basil. To the present state of Mississippi.

ENJOY ALL PRIOR PARTS BELOW↴

Landing us in an old, deserted house with a logging job for Basil. Basil was late getting home from logging in that first night, but he had a bag of groceries with him and a few pans his boss had given him. Thank God I was famished. He looked quite the fright with his hair tossed all about from the winds we had that day and dirt all over his clothes and face and arms. Boy, dropping trees was dirty work. I would have to boil hot water and hand wash his clothes out and hang them on the table to dry. There was an old clothesline in the backyard that had knee-high green grass that moved as the snakes slithered through. I wasn’t about to use that.

I made goulash for supper that night and then did his laundry. It was late and Basil had to be up at 5 am so we curled up together on the blanket on the floor and he fell asleep. I, on the other hand, couldn’t sleep and kept thinking about back home on the farm what were they all doing, and whether was anyone even looking for me. Did they care? I finally cried myself to sleep.

On the second day of Basil’s job, he left again at 5 am. Around noon I saw the old rusty red pickup truck his boss drove pull-up, but Basil was not with him. I had been boiling water in the kitchen for more dirty clothes.

His boss just came on in without so much as a knock and I retreated into the kitchen to continue cleaning. He was so darn tall right then and I felt shorter than my Five 2”. He was sneering at me again in his deep baritone voice saying, “How about a kiss?”  I started to back away from him saying, “you need to leave Basil is not home and you don’t belong here!” He started to move closer to me threatening to take more than a kiss if I didn’t give him one.” I have money” he stated. “I can buy you nice things. At about that time the water was boiling rapidly I reached over and grabbed the handle on the pan staring him straight in the eye. Peering at me now, I could tell he was angry and even more unpredictable. He spouted out “What you think you’re doing with that pan of water?” I was scared but confident that I would throw it on him. “I’m going to burn you with it if you don’t take your leave now and don’t bother coming back unless Basil is home.”

He mumbled under his breath not to breathe a word about it to Basil or he would fire him. If it weren’t for bad luck, I wouldn’t have any at all.

That wasn’t the only time he showed up alone.

When Basil worked late his dirty old boss would come around and try to get me to have sex with him. He was around seventy-five then and he kept trying to touch me and made comments about having sex with me. I was able to dodge him, but it wasn’t easy. After about two weeks I met a neighbor driving down the road while I was going for a walk. She lived about a half mile away and needed a babysitter. I would watch her children for her and in turn, I had a place to take a bath, watch a T.V., and have food to eat. That put a stop to his boss bothering me as I waited at her house until Basil got home. What more could I ask for? It was pure hell in those endless days, and that was only about 3 months. I sobbed a lot and missed home. I missed my parents and the security of home. I realized I didn’t have it so bad after all. Dad wasn’t such a tyrant, and I would just have to deal with those dam notes. I pleaded for Basil to take me back home. After a week of pleading, he got tired of hearing me cry and we set out for home. Hitchhiking all the way. Hardly a dime to our name but this time we had a destination to go to. Waterloo Iowa where I lived.

But along the way home, we stopped off at friends of his in Arkansas. A family he had met in his prior adventures of hitchhiking. They were genuinely nice and had three young children. Two girls and one boy. Funny I can’t remember their names either. But to this day I can’t seem to remember names unless I know you well for several years. I call it short-term memory loss. No, I don’t have Alzheimer’s, at least not yet. But you must realize I was at the age of sixteen when all this happened, and I am now about to turn sixty-five myself. So, names escape me now. We were only there a couple of days when Basil told me he had to leave but would be back to get me. We had told them we were married as well. The lady of the house after about three weeks said, “you’re not married, are you?” I replied, “No, and I’m afraid he may not be coming back.”  She said you can stay with us if you want and help with the children. They had taken a liking to me as I had them as well, I often went for walks with them down the road holding the children’s hands. At least this was better than staying in Mississippi. The floors were dirt though no wood on them and I remember finding that odd. After the first two weeks, he was gone, I found myself crying myself to sleep once again and wondering was, he going to come back for me at all. 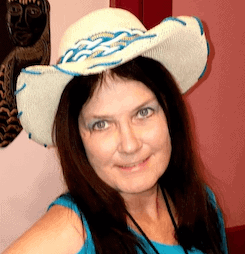