One of the most underrated leadership traps in organizations has to do with different revenue sizes.

Recently, a wingman of mine who happens to run a capital equity firm told me the story of a manufacturing company they purchased several years where a leadership trap occurred.  Impressed by the track record of a CEO who had run larger manufacturing companies revenue-wise, this individual was hired to run a smaller company that my friend’s firm had acquired. In the first year with the new CEO at the helm of the ship, it became painfully evident that a leadership trap had developed.

What are some of the visible components of a leader stepping down a few rungs on the ladder to run a smaller organization?

✅ The leader starts filtering information back to the owners of the company based on what they wish to share and when they want to share it. Unfortunately, this happens more than you think prompting yet more challenges for better governance at the board level.

✅ The leader walls himself/herself off in their office, has meaningless meetings, and fails to visit key customers/suppliers. What results is that key business metrics skid sideways rather than showing some progress, thus justifying the hiring of the new CEO at the outset.

✅ The leader begins rationalizing and justifying his/her team’s approach when directly challenged. Specifically, “this situation is unique, will require more turnaround time than previously thought, and our processes are proven to be successful.”

The trap grows larger each month. How does this story end? The Board of Directors fires the CEO a mere sixteen months into the job. This proves a fallacy of business leadership: those who choose and are selected to run smaller revenue organizations often forget the lessons they learned in successfully building businesses. The notion that a leader can step down and automatically be successful is plain wrong.

My friends, please remember this: respect, consideration, and courtesy matter a lot. Treat others fairly, decently, and equally. Build your moral compasses carefully and always monitor them daily. You know the battle cry: do your best each day. No one can ask more or less from any of us. 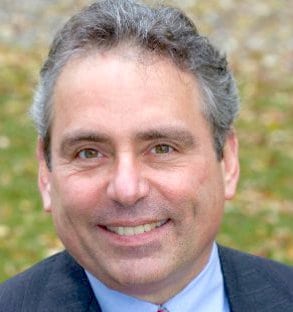 Mark Farishttp://mpvethics.com/
MARK was born in New York City and currently lives in Minneapolis. He attended the University of Wisconsin-Madison where he graduated with a B.A. in sociology and speech communications. His entire career spanning 36 years has been in executive sales, marketing, business development, and organizational strategy. He has started and owned three businesses, including a $23 million computer networking company, started up two new sales divisions for publicly telecommunication/data companies including Sprint/Nextel, and was a Board Member for a $225 million U.K. technology manufacturer and distributor. He currently is President of MPV Ethics, LLC., an ethics training and consulting company working with organizations to build better ethical cultures. Mark also has the unique distinction of being convicted for two felonies: mail/wire fraud and money laundering and spent eleven months in a federal prison and halfway house returning to his family in June 2010. He has given over 150 presentations to high school students, universities, B-schools, law schools, and professional audiences regarding the importance of personal and business ethics in our lives. At the core of his renewed philosophy is identification of purpose, building a strong moral compass that helps us effectively deal with dilemmas of all types and sizes. His passion to teach, enrich, and develop others be successful , accountable, and improving the lives of others.

Why Does Momentum Really Matter?

Transition In Our Personal & Business Lives