I do not think the majority of Corporate Social Responsibility (CSR) programs serve their intended purpose of improving the quality of life in developing nations.  Many CSR initiatives fall short of addressing the underlying issues developing nations face.  In Africa, government corruption, environmental deterioration, and declining exports are the root causes for the country’s poverty; however

, numerous MNCs are focusing on band-aid investments such as building roads, hospitals, and schools.  These infrastructures cannot be maintained by the nation in the long run if the causes of the problems are not resolved.   Some companies do more harm than good in developing nations.  A true commitment to CSR entails the corporation acting ethically, preserving the land and resources of the areas it enters, and taking measures that benefit the developing region.

First do no harm

The relativity of this old doctors’ can translate to CSR initiatives.  Before a corporation begins to fix what they perceive as a problem, leadership has the obligation to ensure the CSR project will not put citizens of the host nation in a worse-off position.  This includes conducting due diligence on government corruption and understanding the region’s vital resources.  Conversely, MNCs are often times focused on redesigning the country to fit the company’s need to generate revenue instead of providing truly needed resources to those that are lacking.

According to a U.K. survey on CSR in 2011, one of the top motivations for companies to engage in CSR were tax breaks and grants/loans.  A primary issue with these CSR benefits are companies’ tendencies to have “selective amnesia” from engaging in true, fail-proof ways of contributing to developing communities, such as paying corporate taxes in full and avoiding high-risk investments.  Companies that are motivated to engage in CSR for tax deductions create a multi-edge sword for the public sector and individual tax payers when the outcome of their plans falls short of their proposed vision – companies end up paying too little taxes for the government to properly function, then receive grants and loans from tax payer money for CSR to which no parties, other than possibly the corporation, benefit from.

Milton Friedman’s perspective is that “a corporation’s only social responsibility is its fiduciary duty to maximize shareholder wealth while obeying the law and basic canons of ethics.”  In this model, through responsible corporate fiduciary actions, governments would generate greater tax revenue and become self-reliant, giving the country’s leaders the freedom to decide what the country’s greatest needs are.  When MNCs are funding regional school, health, and transportation programs, they are in a position to “gradually [become] a future alternative to government” (Hussain, 2011).

MNCs have no obligation to develop CSR policies, and shouldn’t be forced to integrate social and environmental concerns into their operations, beyond those which respect basic human rights and are mandated by law.  If the private and public sectors, as well as citizens, were accountable for complying with their defined roles, all parties could use their expertise to contribute to sustainable development in societies.  Within a compliant free market, government would not have to spend excessive tax dollars to “police” the private sector and the private sector would not have to pick up government’s slack, ultimately restoring the ideal public-private balance of a democracy.

In my opinion, it is illogical that the government enters into these high-risk payoff agreements (through tax breaks and grants/loans) with the private sector to essentially take over public sector responsibilities, withholding any accountability of MNCs to carry out their proposals successfully.

Newmont Mining Company is a prime example of a failed CSR program.  The company funded the Ahafo Project in Ghana which failed for the following reasons:

According to journalist Owusu-Koranteng, the company “employed every conceivable means including scientific dishonesty and misinformation to avoid taking responsibility for the consequences.”  Distortion of the truth caused Newmont a tarnished reputation, loss of investors, and legal troubles.  Eventually, the company was forced to pay for at least part of the damages it posed on the country.

The Future of CSR

The currently grey area in which companies use CSR as a way to grow profits, promote their brand, and receive tax breaks should receive greater regulation from government.  The “anything goes” CSR model will continue to be unsuccessful as developing nations cannot provide upkeep for the facilities built by CSR programs, and are left to try to combat the root causes constraining country growth.  For a company to execute a successful CSR initiative, it should do the following:

The concept of mining industry consortium and joint efforts to sponsor CSR programs in the country is a much better approach than one corporation attempting to reconstruct a country on its own.  While a competitor may face increased competition using this approach, the pooling of industry resources make improvement projects more feasible, increasing the number of job opportunities in the country, improving life of citizens, and giving industries an opportunity to establish modern technology in the country without bearing the entire burden.  In order for a company to implement successful CSR, extensive planning, research, and budgeting must be done prior to implementation.  Failure to do so poses great risk to all stakeholders as well as the corporation’s reputation. 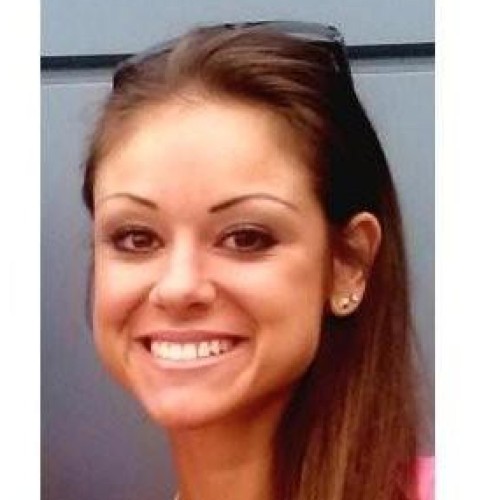 Focus on Building Trust to Create an Ethical Culture