Remember When? The Person You Have Become Started In Play

We met at the corner rink, came from every neighbourhood, and represented every age, size, ability, and pocketbook. If we could, we brought extra gear for others so that no one went without, and when they called,

“Sticks in the middle!”

We all surrendered our sticks, sliding them to the middle of the ice. One of the bigger kids separated the sticks, and you followed your stick to one side of the ice or the other.

If you wanted to play, all you had to do was put your stick in the middle.

There are no pictures of this inclusive phenomenon because, at the time, it wasn’t considered a way to think about the rights of every player; it was just the way we did it.

The story brings tears to my husband’s eyes, because, as he recalls,

Who I have become was determined on cold mornings at the rink.

Maybe it is time to put our sticks in the middle again and make space for everyone to play. 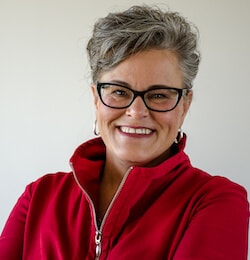 Brandi Heatherhttps://www.brandiheather.com/
I have always played outside the lines. With a Master’s degree in Physical Education and Inclusive Curriculum development. I've taught 1000’s students at colleges, universities, community organizations, schools, and businesses the value of inclusion, most often by helping them find first the value in themselves. I was often considered the quirky college professor who taught the "soft subjects" alongside the serious academics. I was known for showing up to a class with carts full of “unusual tools” including playdough and plaster to teach kinesiology, communication, and human service principles. I thrived in spaces where people didn’t quite fit because often, I also did not quite fit. My goal is not to make every space and person the same but to demonstrate the strength of difference. I am a Therapeutic Play Specialist, I speak locally and internationally on the power of play for growing from diversity to inclusion and igniting innovation and engagement in all levels of education, business, and community programming. In 2018 I left the world of “college professor” to start a journey into entrepreneurship. I have fallen down many times to get back up and do what I love. In the past 10 years, I have founded award-winning not-for-profit and for-profit businesses grounded in diversity and inclusion, mental health, and play. I am now my own company, Brandi Heather Consulting, helping to build organizations where people want to be by unleashing the extraordinary potential of people. I unpack the aversion to playing and unstructured play by utilizing the science of play to change the way we take care of ourselves, connect with others, and solve some of the greatest social challenges of our time. I wrote Return To Play, Rebuilding Resilience, Risk and Reconnection in 2021 to share my lived experience, passion, and dedication to getting the world back “in play".

Why Did You Start? Why Do You Stay? The Power of...