[su_dropcap style=”flat”]F[/su_dropcap]OR GOD SO LOVED the world, He gave His only Son, so that whosoever believes in Him will not perish, but have everlasting life.

That was never a question, never an issue. The fact that God is, and created the universe is a scientific fact. You need only take your head out of Darwin’s butt. Evolution is a farce! Wake up! Are you stupid? Of course not!

So why then, how then, again and again, do you believe the lie? Consider this one fact, maybe two.

Where is one piece of evidence?

All they have are things they claim to be very old, but no evidence for evolution. Zero.

Science and your own observation will confirm a young earth.

DNA is programming, it is self replicating, and biological. It’s in every living thing. Each one has its own code. The chances of even a single strand of DNA have ever begun on its own are so large as to be billions of times beyond the definition of impossible.

Stephen Hawking said there had to have been, or has to be billions of universe for life to exist anywhere. We are the only living things, because the odds of any other planet supporting life are even greater. Get with the latest intel.

That being said. Francis Crick is one of the scientists who first identified the structure of DNA. Won the Nobel Prize. Their goal was to prove evolution, because DNA is self replicating, and thus there would be no need for God. Years later after better understanding the complexity of his discovery, Crick said, DNA could not have created itself. He said, maybe aliens from another planet seeded us here.

Hawking said, no chance of life, nowhere, and Crick says Aliens from another planet. Because they are idiots.

The Bible says Fear of The Lord is the beginning of wisdom. Fear of the Lord is His pleasure, and goodness. It is His protection, and a banner of truth.

The science bears it out, and so will your eyes if you will open them.

Why does that matter?

Why is God necessary? Why is He relevant? Where is He in this hurting world If, He is?

You have to fear Him.

Do not be afraid.

It is not a spirit of fear.

It is an understanding that God is. That He holds the entire 40 Billion Light Year Universe together with The Word of His Power. We actually are the center of this universe.

The Bible is not a science book. It is the Word of God unto salvation, however whenever the Bible .talks about “scientific things” it is accurate from the beginning, no matter what the latest science says or has said, the Bible doesn’t change and it is true.

Jesus Christ sat on the Earth that He spoke into being, and molded Adam out of dust, and breathed life into him

That’s why He is relevant, because He knows.

No need for a list. Break one, you break them all, and just one keeps you out. Jesus said we are already condemned. He came to save, not judge, because we are already guilty. Understand that. You are guilty in the eyes of God. You know that.

So you ask the relevance of God?

He knows who you are, and still He died for you, because it is only by His perfect sinless life, dying at the hand of man, and rising from the dead that promises life to everyone who believes.

He matters today, because we are without excuse. To fear Him is to love Him, and we can only love Him, because He first loved us.

God is. He knows. He loves

Repent and Believe on the Name of Jesus and you will be saved. 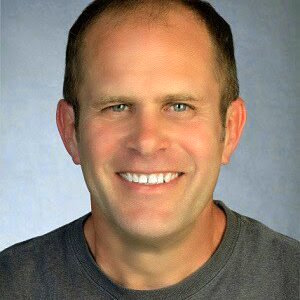 Jim Silencehttps://www.linkedin.com/today/author/jimsilence1
HELLO and Welcome. I am grateful for the people of my life who shared themselves. I have a very eclectic background. You name it. Not just career wise, it started way before then. I went to 13 different schools in 12 years growing up. My family moved over 20 times. I want to look things from a human perspective at the core. The driving force of what makes us who we are. It's not easy to look inside. There is an opening up. It can be painful as we tear away at the flesh. That's why love is so important, because it tempers the burn. Love is what caused Jesus to cry out from the cross, and while they were beating Him, “Father forgive them. They know not what they do.” It's about thinking, it's about love, it's about God. It's about the here and now. No boxes. No labels. It's about, Where your treasure is? Have fun, and be blessed.