Redefining The Concept Of Late Bloomers

How do you define Late Bloomer? What are the “on time” age standards for achievement in the arts, business, sports or life in general? At precisely what age does one cross the line where achievements become the work of a Late Bloomer?

If you haven’t already guessed, I am not a fan of the term “Late Bloomer.” In fact, I find it condescending, though maybe not for the reason you think. I’ll let you judge for yourself.

One online dictionary defines Late Bloomer as “Someone that does not come into his or her own, either mentally or physically, until after most other peers.”

Hum. Let’s try another one.

The definition offered in Wikipedia it goes like this …

A late bloomer is a person whose talents or capabilities are not visible to others until later than usual. The term is used metaphorically to describe a child or adolescent who develops slower than others in their age group, but eventually catches up and in some cases overtakes their peers or an adult whose talent in a particular field only appears later in life than is normal – in some cases only in old age.

We’ll skip over the issue of society’s obsessive need to apply a label to everything and get right to challenging the traditional viewpoint that Late Bloomers are people who have developed slower than their peers. This assumption fails to take into consideration many extenuating factors that lead to why people sometimes “bloom” later in life.

Consider the well-known example of J.K. Rowling, arguably the richest author in history. By her own account, at age 30 the author was a divorced, clinically-depressed-career washout, and mother of 2 living on public assistance. She’d been crafting fantasy stories since she was a teen, but it took hitting this low point in her life for her to finally take a chance on what she was truly good at – writing.

I had made such a mess of things up to that point, so I just thought, ‘Well, I want to write, so I’ll write the book, and what is the worst that can happen, it gets turned down by every publisher in Britain, big deal.

Maybe like Rowling you’ve made some unfortunate choices that left you stalled or in a bad place and feeling like you have nothing else to lose. Possibly you’ve achieved some success in one career but your priorities have changed and you’ve decided to do something else that promises to be more fulfilling at this point in your life. It could be that in your 20s and 30s you were focused on raising a family, and it wasn’t until sometime in your 40s that you had the time or freedom to explore new interests or revisit old dreams.

What about those unfortunate enough to grow up in extreme poverty or abusive circumstances? They rarely have the resources or opportunities to explore their passions and realize their full potential until later in life.

If you saw the film The Pursuit of Happiness with Will Smith you’re familiar with the story of Chris Gardner. After a childhood of brutal abuse and early adulthood as a single parent, a then homeless and destitute, Chris Gardner found his way into investment banking and discovered it to be a perfect match for his math and people skills and that proved to be his turning point.

Oscar Swahn won a gold medal during the 1912 Olympics, becoming the best shooter in the world. He was 64 years old. He went on to compete in two more Olympics, winning silver at the 1920 Olympics. At age 72, he was not only the oldest Olympian ever but also the oldest medalist.

Elizabeth Jolley had her first novel published at the age of 56. In one year alone she received 39 rejection letters but finally had 15 novels and four short story collections published with great success. She has become one of Australia’s most acclaimed authors.

Marjorie Stoneman Douglas was a freelance writer, who published her short stories in popular magazines. She wrote her most influential work The Everglades: River of Grass when she was 57 years old. At the age of 78, she started her long fight to protect the Everglades, which she continued until she was 100.

Anna Mary Robertson Moses was a happy, long-time embroiderer until arthritis made it too painful and difficult. In 1935, at the age of 75, she first took up a paintbrush. Her paintings were discovered in a drugstore window by a prominent collector in 1938, and a New York gallery show led to worldwide fame as Grandma Moses.

Life should be filled with new journeys and new opportunities, and shouldn’t be affixed to traditional stopping points that are no longer relevant. We need to recalibrate the way we think about the life journey and recognize that individuals have different things to offer and to gain at different stages in life. ~Philip Pizzo, co-founder of Stanford University’s Distinguished Career Institute for retirees or older scholars who don’t believe their best years are behind them.

What It Takes to Bloom

When you read the stories of those who society has labeled Late Bloomer you’ll find that few are especially self-confident, though resilience is certainly a factor.

Persistence, optimism, realistic expectations, willingness to embrace the role of beginner, and the ability to laugh at oneself are all characteristics that support continued growth, or as the label implies, to “bloom.”

The most important point I think is that you can bloom at any time in your life because ultimately it isn’t about age – it’s about the path you are on, and just because your journey may take you in a different direction or have a different time frame than others, it doesn’t mean it’s any less valuable. 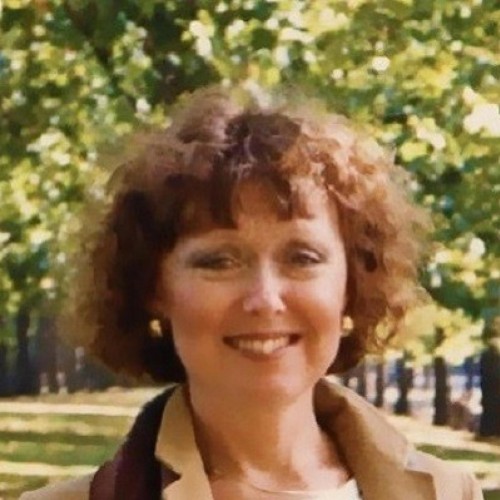 Marquita Heraldhttps://www.emotionallyresilientliving.com/
Marquita is a transformational author, coach, founder, and chief evangelist at Emotionally Resilient Living. Her message is that resilience isn’t an umbrella to be reserved for a rainy day and you don’t need to wait until you are facing a major life change or crisis to claim the power and authority you have to create the quality and course of your life. In every way that matters, resilient living is a lifestyle choice. Through her blog, books, courses, and coaching, she provides insights, inspiration and a wealth of personal experience as a roadmap to grow through life’s inevitable challenges. Marquita makes her home in Oregon and loves red wine, rock n' roll, hiking, road trips, peanut butter cookies and (especially) a dog named Lucy.

How Your Environment Influences You

Can You Prioritize Your Needs Without Feeling Selfish?