Reconnect and Reset – Increase Our Connectedness

In our second blog in the Reconnect and Reset series, we stated that it is not a time to panic. Nor is it a time to languish from change fatigue, pain, and emotional lethargy. It is a significant moment in time to focus, rehabilitate, rebuild, repair, regrow and reset to increase our connectedness through linking human touchpoints that increase people-power in the fourth industrial revolution.

In the current environment, where chaos and order are constantly polarising, its crucial to touch people with empathy, reignite their social skills, and enable them to become healthily self-compassionate and more self-caring to:

The landscape has changed and so have the solutions

As the fourth industrial revolution continues to implode, we need to zoom out and consider the bigger picture. Where a recent Harvard Review article What Will Management Look Like in the Next 100 Years?  states that we are entering an era, which is fundamentally transforming the way we operate. Which is defined by the disruptive growth in blockchain technology, robotics, artificial intelligence, high-performance computing, and other core digital capabilities.

All of which, in some way, are dependent on linking the key human touchpoints that increase people-power and our connectedness.

In the same article, management scholar Rita Gunther McGrath argued that management practices based on command and control and expertise would ultimately make way for one of empathy.

Where work is centred around value creation conducted through networks and collaboration, that rely on increasing the connectedness between machines and humans rather than through rigid structures and relationships to thrive through increasing people-power in the fourth industrial revolution.

The Qualtrics 2022 Employee Experience Trends Report also states that the landscape has changed.  Where people are choosing to work flexibly, to work in the places that work best for them, and to take time for their own well-being, families, and friends.

Where people are demanding change because they care, about their leaders and their organisations, and want to be capable of developing better ideas; better innovations; and delivering better performances.

The report outlines the four things your people need you to know:

People also know that they are already living in the new normal and that they need to start working there, too and to do that, we need to increase our connectedness.

Which is especially important for building people-power and mitigating the challenges emerging in the fourth industrial revolution.

Businessolver’s Eighth Annual Report on the State of Workplace Empathy describes how the pandemic has impacted on employees’ personal lives, the labour market, and the economy, and states that “we are living through a renegotiation of the social contract between employees and employers”.

Their data shows that amid the return to the office, fewer employees view their organisations as empathetic, and that workplace empathy has clear implications for employee well-being, talent retention, business results, and increases people-power:

Yet, there seems to be a true lack of understanding, especially in the corporate sector, of what it means to be empathetic, and a shortage of time and energy to develop the mindsets, behaviours, and skills to practice it and make it a habit.

It is also a fundamental way of being to increase our connectedness and building peoples-power.

Make a fundamental choice to increase our connectedness

Even though each person is a distinct physical being, we are all connected to each other and to nature, not only through our language but also by having a deeper sense of being.

Human connectedness is a powerful human need that occurs when an individual is aware and actively engaged with another person, activity, object or environment, group, team, organisation, or natural environment.

It results in a sense of well-being.

The concept is applied in psychology as a sensation or perception where a person does not operate as a single entity – we are all formed together to make another, individual unit, which is often described as wholeness.

Which is especially important for our well-being and people-power in the face of the challenges of the fourth industrial revolution.

Being grounded and mindful enables people to become fully present to both themselves and to others. It is a generous gift to unconditionally bestow on others. Especially at this moment in time, where the pandemic-induced social isolation, has caused many people to become unconsciously and unintentionally self-absorbed.

There is an opening to become aware of, and to cultivate our attending and observing skillsets, to sense and see the signals people are sending, at the moment they are sending them. To help people identify the source of their issues to re-establish a sense of influence and control that reduces their autonomic nervous system reactions and help them restore their calmness.

This is the basis to increase our connectedness, by attuning and becoming empathetic as to what thoughts and feelings lay behind their behaviours and actions, with detachment, allowing, and acceptance.

Being curious about what others are feeling and thinking, without evaluating, judging, and opposing what they are saying. By knowing how to listen deeply for openings and doorways that allow possibilities and opportunities to emerge, to generate great questions that clarify and confirm what is being both said and unsaid.

To support people by creating a safe and collective holding space, that reduces their automatic unconscious defensive responses.  To defuse situations by being empathic and humble and increase our connectedness by asking how you might help or support them, and gaining their permission and trust to do so.

Increase our connectedness through being vulnerable in offering options so they make the best choice for themselves, to reduce their dependence, help them identify and activate their circles of influence and control and sustain their autonomy.

Now is the moment in time to focus on building workforce capabilities and shifting mindsets for generating a successful culture or digital transformation initiative by harnessing, igniting, and mobilising people’s motivation and collective intelligence and build people-power.

It is crucial to acknowledge and leverage the impact of technology through increasing people-power by developing new mindsets, behaviours, skills, and new roles, which are already emerging as fast as other roles change.

Be willing to invest in the deep learning challenges that build people’s readiness and receptivity to change, so they can embrace rather than resist it, be willing to unlearn, and relearn, differently, by collaborating with other people, leaders, teams, and organisations across the world.

Ultimately, it all depends on being daring and willing to increase our connectedness, through adapting, innovating, and collectively co-creating strategies, systems, structures that serve the common good, and contribute to the well-being of people, deliver profits and nurture a sustainable planet.

Find out more about our work at ImagineNation™

Find out about our collective, learning products and tools, including The Coach for Innovators, Leaders, and Teams Certified Program, a collaborative, intimate, and deeply personalized innovation coaching and learning program, supported by a global group of peers over 9-weeks, starting Tuesday, October 18, 2022. It is a blended and transformational change and learning program that will give you a deep understanding of the language, principles, and applications of an ecosystem focus, human-centric approach, and emergent structure (Theory U) to innovation, and increase people-power, upskill people and teams and develop their future fitness, within your unique context. Find out more about our products and tools.

This is the final in a series of three blogs on the theme of reconnecting and resetting, to create, invent and innovate in an increasingly chaotic world. You can also check out the recording of our 45-minute masterclass, to discover new ways of re-connecting through the complexity and chaos of dis-connection to create, invent and innovate in the future! Find out more. 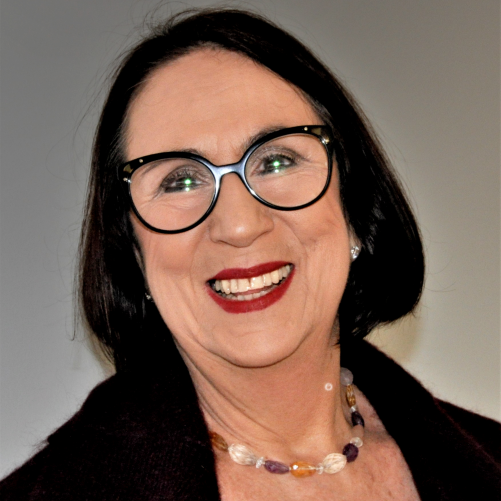 Janet Sernackhttps://www.imaginenation.com.au/
JANET loves change, as it creates opportunities for growth and development, as well as unexpected, deviant, imaginative and creative responses. She is passionate about creating and delivering innovative learning, coaching and consulting programs to coaches, leaders and organizations. Janet has gained her consulting, education, facilitation, training and executive coaching skills, from over 30 years of experience in the consulting; manufacturing and retailing; learning and development businesses in Australasia and Israel. She has personally experienced challenging career and lifestyle changes; which have provided her with a serious amount of chutzpah and resilience, and a wide breadth of knowledge, skills and experience: She has a fresh and pragmatic perspective towards corporate learning that is holistic and systemic.

Adapting, Learning, and Growing through Uncertainty