Mohamed Hammoud describes his move to Canada and taking on a western name, and his journey to reclaiming his own name.

It starts with a spark, ignites a desire to learn, and a passion to lead. This is how Mohamed Hammoud wakes up every day, with the passion to inspire others, to enable them to discover their passion to do what they love and evolve into a better version of themselves. 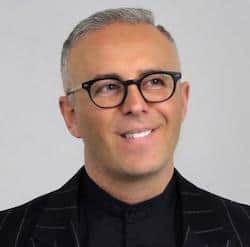 Mohamed Hammoudhttp://www.desire2lead.com
Mohamed Hammoud is a dedicated and driven community leader who believes that diversity is a fact, and inclusion is a choice: this is why he strives to break down taboos and misconceptions by using emotional intelligence to shift the landscape and create a positive impact. As an executive with a London-based tech company and a private consultant in leadership development, diversity and inclusion, Mohamed is a multilingual facilitator and engaging keynote and TEDx speaker, media commentator, and community activist. Mohamed is committed to progressive community-building and has served in various capacities as a board member to different not-for-profits and community organizations. He has recently been appointed as Chief Learning Officer with New Canadian Media in an advisory teaching and mentoring role leading NCM’s efforts to diversify the pool of candidates of journalists capable of working in Canadian newsrooms. A contributor to various media outlets, including the CBC and the London Free Press, and an award-winning Toastmaster, Mohamed recently gave a TEDx Talk about identity at the Awake and Aware TEDx Conference in Traverse City, Michigan. Working tirelessly to advocate a message of community inclusion through acceptance and diversity, Mohamed brings his ambition and drive for making positive changes to the Canadian multicultural community.

Carry Your Own Weather

Managing Stress with the ABC Technique