We’ve all been through it.  Or, have we?  That time in our lives when we are supposed to “grow up” and say to our parents, or to someone in authority, “NO, I’m not going to do that any longer. (just to please you, make you happy, keep the peace, etc.) It just isn’t worth it to me anymore.

Not so long ago, developmental psychologists, and those in related fields, used to think we all had to rebel in order to graduate and bridge the gap between dependency and becoming a healthy, independent adult.  However, today, the necessity to rebel is not so clear, and the answer to the question of whether we all must rebel in order to lead healthy, productive lives might sound something like this: “Well, yes, maybe parts of us do, at different times; or “No, not if there really isn’t anything (or anyone) to rebel against.”  And, so it goes, most likely in a circular fashion, as many other growth and developmental patterns do, throughout the course of our lifetime.

However, some of us can remember how one simple act of rebelling, like growing your hair long, for example, might compel you to protest in the streets as part of the Anti-Establishment.  If you saw the Oscar-nominated film, “The Trial of the Chicago 7,” then you noticed how growing your hair out became a sign of protest not only to social injustice but to the deaths of so many young men in the Vietnam War, and the futility and lack of a clear sense of direction, visible and permeating, night after night, on “The Evening News By Walter Cronkite.”

In a similar fashion, these events from the ’60s made a comeback last year during the Pandemic.  Day after day, the news of so many people dying, again with futility and a lack of a clear sense of direction, left many of us feeling angry, powerless, and ripe for social justice.  Enter George Floyd and masked protesters night after night demanding no justice, no peace.

But, not all of us rebelled against systemic racism, or indirectly, the apparent failings of our government and ill-prepared public health system, perhaps because not everyone felt compelled to do so, or at least not at the same time, or in the same way.  Just like everyone didn’t grow their hair out in the ’60s or protested in the streets, maybe the uneven effect of the Pandemic and the polarization in our country, stymied those who might otherwise lend their voices or pick up a sign and protest after the death of George Floyd.  Or, simply put, the reality may be that not all of us feel the necessity to stand up, speak out, or rebel against anyone or anything, or maybe parts of us do, in our own way, and in our own time.

Did you ever have a rebellion as a young adult, or, perhaps later in life?  Are there still lingering problems, situations, or relationships you haven’t confronted or addressed for fear of conflict, abandonment, loss of identity/status, or just complacency?  Does this follow a pattern for you when it comes to your beliefs, values, or interest in social engagement or social justice? 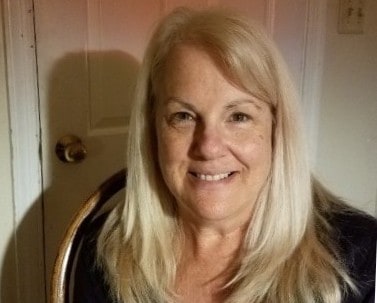 Marge Hentschel, LCSW-C
Marge Hentschel is a writer and consultant with experience in business and expertise in clinical social work, communities, and the mental health field. She worked in a corporate setting and in Human Resources as a Corporate Communicator for ten years before working as a freelance writer and editor in the non-profit sector for the United Way of Central Maryland, The House of Ruth, and other community organizations. She holds a B.A. in English with a concentration in Professional Writing from the Yale Gordon College of Liberal Arts, and, after obtaining an M.S.W. from the University of Maryland at Baltimore, became a solo, mental health practitioner in Bel Air, Maryland, where she saw individuals, employees, couples, and families for over 20 years. Marge currently lives in Bel Air with her husband of 37 years, Dennis, and has two grown sons, Daniel and Matthew.