Ok, I’ll admit one of my secret little pleasures – I love watching superhero movies and this recent batch of big-screen movies, including Wonder Woman, Spider-Man, etc. has been a superhero junky’s season. There’s something thrilling about the hero or heroine facing an insurmountable challenge and the steps they take to overcome it. They step forward and join forces with others, reveal their superpower and before you know it, the crisis is averted, and the world’s a better place. And each one is different. Every superhero has at least one, if not multiple, strengths or powers that make them unique. This “superpower” separates them from the masses and enables them to do things that ordinary people can’t possibly achieve. Whether it’s Captain America, Spider-Man, Iron Man, Thor, or any other DC or Marvel Comic character; the thing that makes them a superhero is their superpower. Alas, to have a superpower!

But wait… have you ever given any thought to the fact that you might indeed have a superpower?

If we look at some of our current-day mega successful leaders, they seem to have their version of a superpower. They’re able to accomplish feats that boggle the mind and to do so with ease. How are these leaders able to leap over tall buildings when mere mortals crash and burn?

Let’s look at our first real-life superhero Elon Musk. Musk is currently CEO, co-founder, and/or co-chairman of not one – SpaceX, not two – Tesla, not three – OpenAI, but four – Neuralink companies. He’s also chairman of SolarCity and lest we forget the other companies that he has co-founded including Zip2, and X.com better known as PayPal. Let’s face it, his level of activity, energy, and success is just not normal and can only be attributed to some degree of having superpowers. Elon Musk even had a cameo appearance in Iron Man 2 which is quite fitting for this real-life Iron Man.[1]

But how does Elon Musk do it? I’ve identified four superpowers that I believe he possesses.

Superpower #1: Outrageously bold – Bold visions, bold statements, bold bets are a natural part of who Elon Musk is. From the age of 12 when he created and sold his first computer game and planned to open a video arcade, Musk has spent his life bringing outrageously bold entrepreneurial ideas into reality. So what triggers ideas for him?

It’s interesting to note that his mental starting point for building both SpaceX and Tesla was a low likelihood of success, around 10%. So a high likelihood of success is not a factor in his future bets for the future. When asked by Scott Pelley during a CBS interview, “why try if you didn’t expect the company to be successful?” and Musk replied that “if something’s important enough you should try. Even if – the probable outcome is failure.”[2]

At Stanford’s Future Fest in 2015, he shared his surprise that we haven’t yet done more in space. His idea behind the precursor to SpaceX was based on a question of why we haven’t sent people to Mars, and he thought it was a question of will – that we had lost the will to go. As a result, his original goal was to catalyze an increase in NASA’s budget to stimulate the desire to go Mars. The goal changed over time but the question of “why we haven’t done it” was the starting point. It’s this desire to discover that seems to push forward the dream.

Musk associates the future with the need to be inspiring. He believes that it’s “very important to have things that are exciting and inspiring in the future otherwise why get up in the morning. If it’s just one sad problem after another, life is not worth living.”[3]

Lesson #1 for mere mortals: When you see an opportunity you think is inspiring and will make a difference, don’t let even a high probability of failure stop you. The process of discovery is the engine behind the dream.

Superpower #2: Willing to risk everything – Musk has faced failure multiple times throughout his career and persevered as disaster loomed perilously close. For example in 2008 after the third rocket launch failure with SpaceX, within three days Musk announced that the fourth launch was happening in a matter of months. When asked during a CBS 60 Minutes interview if he thought of giving up after that failure, he said “never…I don’t ever give up. I’d have to be dead or completely incapacitated.”[4] The very next month, the financial crisis hit and rocked the world. By the end of the year, all three of Musk’s companies; Tesla, SpaceX, and SolarCity, were in a dire, dark period at the same time.

During this period of the worst financial conditions since the great depression, GM went bankrupt, and Musk struggled to keep his companies from facing the same. With the success of the fourth rocket launch, SpaceX quickly turned around, but Tesla was still on the brink of collapse. Tesla was within a few months of being out of money, and when no one else was willing to take a risk on the company, Musk invested all of the remaining capital he had from the sale of PayPal into Tesla. It was his determination, confidence, and commitment to saving the company by putting up $40M of his own money, that caused other investors to jump on board and the company pulled through.

Lesson #2 for mere mortals:  Whatever you undertake, go all in with confidence and commitment, even if it breaks you. The tides might turn in the final seconds.

Superpower #3: Fiercely passionate to a cause – He is passionately committed to saving the planet and waging this fight on two fronts; reducing fossil fuel consumption with Tesla and increasing alternate energy supply through SolarCity. Musk really cares about changing the world and, in his vision for the future, he wants to provide clean and renewable energy. He’s achieving success toward this feat through SolarCity which is currently the largest solar service provider in the U.S.[5] 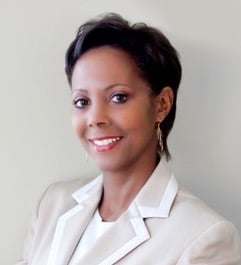 How To Have The Best Day Of Your Life

What Did You Leave At Home Today?