Reaching for the Sky: Wisdom from the Cockpit

Reach for the sky, it’s not as high as it seems. Just follow your heart go as far as your dreams.

When I was 10 years old I lived across the fence from a TV station. One afternoon I heard the telltale whop-whop-whopping sound of rotor blades. I rushed outside as the helicopter angled in on short final to the grass and landed. That was in 1958 when helicopters were rarely seen or used, so it’s interesting to me today that I knew from its noise what kind of aircraft it was. A popular TV show at the time was ‘Whirlybirds,’ and the helicopter in that show was like the one that landed near my house, a Bell model 47, so that likely explains it. Or perhaps I was waiting to hear it, I don’t know.

The pilot idled the helicopter’s engine, then the passenger door opened and a fancy fellow wearing a suit stepped out. My mother told me it was Van Johnson, a popular TV and movie star at the time. Johnson had starred in such Hollywood productions as 30 seconds over Tokyo, and Brigadoon.

To me, the real star of that day was the helicopter. I watched the pilot rev up the engine, heard the blades whop-whop a bit more with increased rpm, and then the ungainly machine lifted into the sky. I was mesmerized. I imagined myself at the controls, moving the cyclic and collective to take the aircraft aloft. I envied that pilot. I wanted to be that pilot.

I vowed that someday, somehow, though I was just a dreamy-eyed, sky-blue collar kid, I’d become a pilot. How I’d eventually get to the cockpit never crossed my mind when I was a clueless 10-year old.

Flash forward to February 1969, when I was a clueless 21-year old. I’d been drafted into the US Army, and sent to Fort Jackson South Carolina. The second day at the reception station I was on my bunk bored and restless, a bit nervous about what my future held. Thinking my pursuit of aviation had been derailed, I was waiting for something to happen. What happened that afternoon changed my life.

With 200 other recruits, I was ordered outside to stand in formation. Once there, we all looked at each other wondering what was about to transpire? I’d been in the green machine only 24 hours, but I was already familiar with the simple truth that the military doesn’t tell you anything. I trooped outside, and entered the formation.

At the front, an NCO held a clipboard. He ordered us to listen up. His barked instructions were simple: A soldier who answers yes to any of these questions should leave the formation, and go back to the billet. Then the sergeant started reading off those items: Older than 30, height more than five-ten, weight more than 220, married with more than one child, police record except traffic violations… and on and on. As the sergeant droned on with several more qualifiers, more and more men left the formation and returned to the barracks.

Once he finished, I was left standing in line with only 15 other men. We looked at each other wondering what we’d just volunteered for? No one told us…yet. The sergeant ordered us to follow him into a small building, where desks were lined up as in a fifth-grade classroom.

On each desk was a pamphlet with 200 questions on perhaps 15 pages, and a couple of #2 pencils. We were told to take a seat, open the booklets, and complete the quiz inside. “When you’re done,” the sergeant said. “Take the test to Captain O’Neal, and wait.” 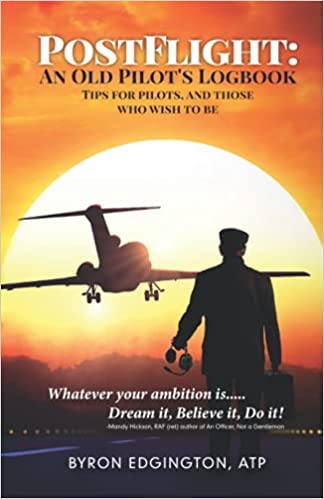 I flipped open the pamphlet. Based on the questions, including diagrams and multiple-choice options, I realized it was a test for flight school.1 Timing is everything, I thought. It was 1969. The war in Vietnam was at full throttle; the army needed helicopter pilots. And there I was. I completed the test, handed it to Capt. O’Neal to be graded, and waited outside his office as I’d been told.

Minutes later, the captain called my name, and I entered his office. “You want to fly helicopters, Edgington?” He may as well have asked if I’d like to continue breathing. “Absolutely,” I said. “Okay, go gather up your shit, and report to Sergeant Cassidy in the next building. We’ll be sending you to Fort Polk for basic training where the other WOFTs will be.”

With my head in the clouds at that point, I failed to ask Capt. O’Neal what exactly a WOFT was? Forty-eight hours later I was posted at Fort Polk, Louisiana, and designated in army-speak a Warrant Officer Flight Trainee, a WOFT. It appeared that I’d be spending the next several years with my head in the clouds; I was on my way to flight school.

The lesson is this: If you see the smallest, most obscure hint of an idea that you might possibly get your foot in the aviation door, jump on it like a duck on a June bug. In aviation, opportunities arrive in the strangest ways. Like the isobars on a weather chart, there are no straight lines leading into aviation. Sometimes I’m convinced that there is no front door.

Taken from Chapter 1, My Dream of Flight, PostFlight: An Old Pilot’s Logbook ©2021 Byron Edgington. PostFlight is aimed at young people, especially young women who have their own dream of flight. 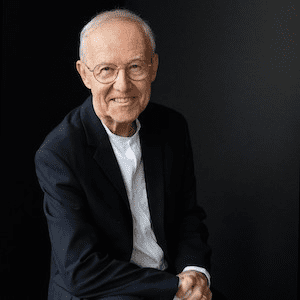