Many people will realise that Britain left the European Union via Brexit.  Our journey towards unsplendid isolation and English exceptionalism comes at a time when most of the rest of the world realise that we need to collaborate to address the humungous pallette of challenges we face as a human race: Climate crisis, poverty, wars, short term populism and so on.  It follows that we must rejoin the European Union at some point after this brief period of introspection.  I have just released a new book that explores this question and how we can help the British people face forward for a better Britain in a better Europe for a better World.  Check it out on Amazon. 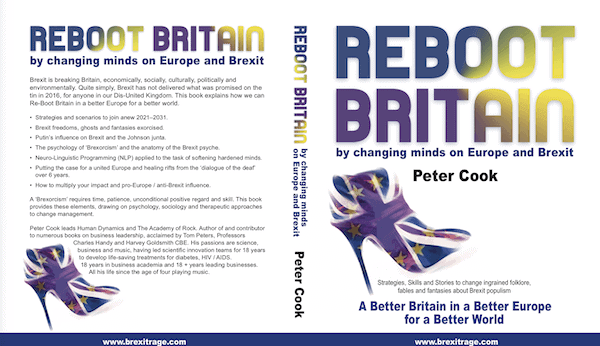 Strategies to join the EU anew

Some people believe that the only way we could consider joining the EU anew can come from an election or some other democratic process based on ‘the will of the people’.  Yet, we know that the Brexit referendum was won with only 37% of the UK electorate’s approval.  This came after considerable psychic distortion of the population’s collective consciousness through lies, social media interference, and a call by Nigel Farage to vote with your heart and not your head, in other words, not to think.  This was an incredibly clever strategy by Mr Farage however deplorable.  He effectively asked people to engage their limbic systems, i.e. their crocodile brains to overcome the confusion of the tsunami of information on the conscious mind.  Elections are thus only one of several democratic routes to joining the EU anew.  Alternatives include :

All these routes are viable even if they have different probabilities and desirability.  They are living proof that democracy is not a project with a fixed end but a continuing process, a point which is poorly understood by some Leave voters and ERG extremists.

Then there are what could be politely called the non-constitutional route:

Another less palatable alternative is mass rioting on the scale of the poll tax riots or a meltdown of civil society followed by crisis measures.  Of course, the English ‘do not do’ rioting, so this is an improbable development, even in Brexit England’s unpleasant land.  At the same time, Priti Patel has already installed the means to crackdown on such measures by criminalising peaceful protests.  Nadine Dorries, minister for cancel culture, has also acted to demonise heretics, journalists, and other people who voice dissent in Brexit Britain.  That said, sporadic civil unrest is possible in 2022, given the build-up of socio-economic problems that have not been addressed whilst our leaders continue to pray at the altar of Brexit populism. 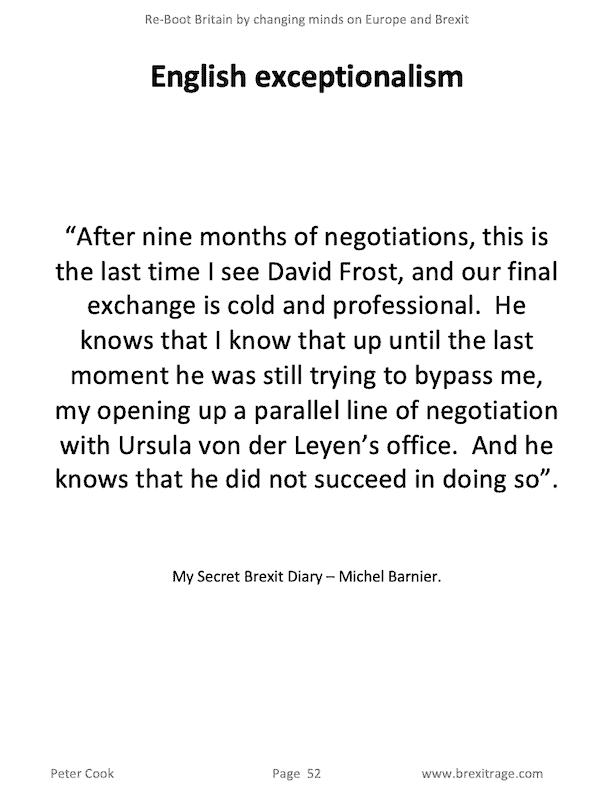 Incrementalism versus all or nothing approaches

There are almost as many views on the routes to join anew as there are protagonists, Get PR Done, progressive alliances, GTTO, customs union, single market, etc., and this is a major weakness of the movement.  It was not always thus.  In August 2019, the Remain movement was relatively united, but the lure of an election destroyed that unity and the movement once again fragmented into party political and other tribes.  One of the main protagonists of the incremental approach is Lord Andrew Adonis, Chair of The European Movement, with his “step by step” and “brick by brick” catchphrases.  One can see why Adonis’ populist catchphrases are alluring, after all the best way to eat an elephant is allegedly slowly and in bite-size pieces.  The idea is that if we can maybe join the single market, that takes us a step closer to joining anew is clearly an attractive vision for Remainers / Rejoiners.

However, the problems with logical incrementalism may be summarised :

So, although the ‘all or nothing’ approach is possibly 5 – 10 years on the horizon, it may allow for the kinds of adjustments to our democracy and the shifts in power necessary for UK to be listened to and treated seriously by the EU if we applied to join anew.

The political landscape of Brexit is so fluid and our government moves so fast to avoid being trapped that I believe it is a mistake to back any single horse in terms of achieving the needed reforms to put us in a position to join anew.  Rather, our campaigning and political leadership needs to be agile, nimble, and flexible to seize advantages as they come, whilst maintaining a long-term approach to joining anew.  I am most impressed with the work of Gina Miller and her True and Fair Party as the most serious contender to refresh the thinking of traditional politics and politicians towards a better Britain in a united Europe for a better world.

We have a masterclass event this Thursday at 7.00 pm BST via ZOOM.  Contact me via [email protected] for your invite or drop in on the night via ZOOM.  Spaces are limited so booking is advisable.  Grab a copy of Reboot Britain to learn more about how we may produce more healthy politics and political leadership for a better world.  This piece of music I wrote and recorded (In Limbo) expresses the need for joined up thinking better than words alone can do: