Extra! Extra! Read all about it, “Another rampage killing on the loose!”

My heart bleeds when these headlines hit the fan; from social media to the evening news.  Lives are being affected by this deadly behavior and cycle of cruel, gut-wrenching, emotional instability.

Today’s society has created a heartbreaking form of tolerance to bullying, killing, and acceptance of “this too shall pass.”

When did people become so violent that there’s no value to life?  When did it become okay, to try to reach the Guinness Book of World Records of the deadliest rampage killing spree?  Why isn’t anything being done about it?  These questions plague my mind on a daily basis.

We hear talk about what they would like to do; yet, nothing is being done.  So in the midst of the politicians’ brainstorming; people are becoming bolder and finding new creative ways of taking anyone down with them as they fall. Innocent lives are being affected by the staggering behavior of our world’s leaders.

More and more of our children are committing suicide because they have no hope in living life.  A life that never had the chance to even live and see the abundance of what life has to offer. It’s frustrating, to say the least.  We protest, we write, we plead, and our voices have yet to be heard. Leading me to ask: what devastating event must occur to finally gain someone’s attention?  To not only talk about it but be about it!

How many lives must be taken before we realize THIS IS NOT OKAY?

Diseased minds spreading like leprosy, all value of human life gone away

Competing to have their names above all engraved into history

How far does it have to go before the proper action is enforced?

It’s your obligation to address this catastrophe.  Enough with the childish tweets of who’s right or wrong

Appearing as if we’re impotent; what happened to the promise of this nation will stand strong?

You’re ruling a country; we could care less about the high ratings you get

Besides, you’ve depleted all excuses of “fake news” placing you in the most awkward predicaments?

It is as it has always been.  Sacrifice the pawns so the king won’t die. 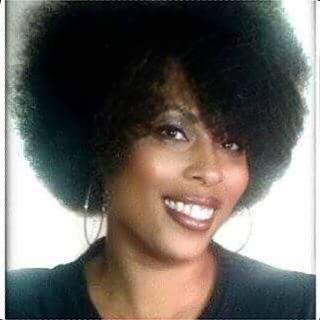 Pre.Kaya' Gilkeyhttps://hoping1word.com/
Pre.Kaya’ Gilkey is a Poet, Entrepreneur, Author of debut book Exposed Poetry Memoirs, and Featured Contributor Writer for BIZCATALYST 360°. She passionately developed her website HOPING1WORD.COM to inspire and uplift others. The website focuses on self-improvement, unity, encouragement, and love through poetry, positive affirmations, quotes, and more; while hoping to encourage the world one word at a time.

The Facts Of Life