The following rant may feel a bit incoherent. I haven’t put the full gears of literature in motion for quite some time, so please have mercy. Keep in mind when you’re reading that I am not a perfect person. I don’t wish to come across as snobbish, pretentious, or arrogant. I can only live according to the values deep within my heart, that inner compass that guides me as a human being. While this narrative is merely a crumb of truth and self-reflection, it is not meant to influence or judge others. My perspective is based on my own perception of freedom – for better or worse. How I choose to express my world views is deeply personal. No government, social media entity, or political think tank will ever determine, manipulate, or subjugate my feelings or beliefs. I walk alone in freedom, yet I can now breathe with a crystal-clear conscience…
____________________


There comes a point where you can only stand so much noise. Beyond your saturation point, you can only tolerate so much as the decibels increase louder and louder. Every voice must be heard. Every opinion must be shared. Every wink of kindness must be validated… That’s right, we are talking about social media, the vast wasteland of human behavior, a muddy farm where every cow is brought home to pasture in order to work out their differences. Personally, I liken it to a shopping mall full of zombies, each soul mindlessly bouncing off walls as their endless hunger for inclusion drives them deeper into despair.

Before I dive headlong into this jaded ramble, let me start by saying that I recently closed my one and only social media account. For several years, LinkedIn was the primary platform I used to develop content. I had long since abandoned Facebook in 2012, then attempted a brief run on Instagram before discovering the juvenile nature of that platform in 2019. As a creative professional, using social media was the fastest way to gain traction on my content.

Whether I was promoting artist interviews, writing kickass articles, or presenting eclectic artwork, everything went out on the wire.

An idea would spark, I would beg the heavens for wisdom, then I would post that content for the hungry masses.

What followed was a steady stream of feedback and logical discourse based on the vibrant hunks of cheese placed neatly on a trap. That’s right. I am saying it… Content is nothing more than cheese placed on a spring-loaded trap. It is a clever way to trigger discussions among mice. In many instances, it is also used to open a nasty can of worms. That’s not to say I was diabolical. I always posted with integrity. My heart was usually in the right place and I made every effort to respect my audience. However, once I realized the only ones who would benefit from these timely events were the almighty tech giants, my interest level dissipated.

Division and hatred? Suck it up cowboy, you’re going to get dirty on this playground.

Regardless of what I believed about the world, about reality, about business or love, or any other consumable topic… the greedy tech giants alone were going to benefit from our traffic. Win, lose, or draw, the parasites were going to feast. It was futile to believe that they cared about anything beyond traffic, clicks, or revenue. They don’t care if you’re starving in India without employment or hope. They don’t care if your self-published book drops to the bottom of a deep, dark well. They don’t even care if you’re being harassed, trolled, or scammed by bitcoin predators… Just use their damn product and generate traffic. Division and hatred? Suck it up cowboy, you’re going to get dirty on this playground. Racism and politics are the algorithm’s best friend. Keep on clicking and falling for the stupidity of open debates with strangers – nobody wins except the hipster nerds of Silicon Valley.

Despite our best initiative to place our fingerprint on the world mirror, the tech giants will always reap the rewards of our blood, sweat, and tears. They will suck the marrow out of your content and trick you into believing that some pot of gold exists at the end of the rainbow. It’s bullshit. Welcome to the shopping mall of humanity, a pyramid scheme cloaked in kindness and compassion, a way to attract flies based on confirmation bias and virtue signaling. The psychology of this relationship was both stunning and dynamic, yet I continued to participate… And yes, even I would indulge in the occasional debauchery of keyboard combat. As stated, I am no perfect being…

Every article. Every post. Every water-soluble scrap of content. It was all an illusion to make us feel accepted, to integrate us into their global think tank. At the end of the day, none of it mattered.

Our thoughts were no longer our own. Our truths were subject to scrutiny and our identities were stripped down to the bone… And for what purpose? Inclusion? Unity? Compassion? Hardly any of it was genuine. Social media is nothing less than a dog-and-pony show for people who are depressed, lonely or scared. Yes, this is a general statement that does not represent every participant, but spend any amount of time and you will witness the obvious.

For me, using LinkedIn was an effort to establish credibility. I believed there was a greater opportunity waiting, a new career door that would open based on the importance of candor. Sadly, I was only fooling myself. The gravity of my words was about as useful as a fart in a hurricane. My goals were submerged in a confusing pond of expectation and branding. Countless hours were dedicated to the pursuit of nothingness. Although no one forced a gun to my head or demanded that I post trivial content, I came to realize the only way to stand out was to step aside – to pull the plug and watch several years of hard work and energy slip away. It was a notion I had struggled with for quite some time, but eventually, the tipping point arrived.

Yup. The 2020 elections occurred in America… sort of… and with it came a great flood of toxic, vile behavior from countless experts and professionals, many of whom ironically used compassion as their measuring stick. What followed was a collective wave of nausea unleashed in torrents of political discord. Regardless of who a person voted for, the very worst tendencies of the human condition were on full shameful display. While it’s certainly honorable to be passionate about government, elite professionals from all walks of life used the platform to smear crap all over their rivals. That’s right – red and blue feces tossed like festering grenades of ignorance, each professing to know the bitter truth about scumbag candidate A or B.

Shut up, vote, and post your self-righteous brand of intolerance on social media.

Guess what folks: neither candidate gives a damn about your loyalty. Just shut up and vote. That’s all they care about – your tax dollars and your bloody ballot. That is the prevailing mentality in 2020 – far and above a global pandemic. Shut up, vote, and post your self-righteous brand of intolerance on social media. What a waste. My brain cells deserve better. Needless to say, I had enough. I no longer fit in with that ugly puzzle, nor did I want to remain a part of that cheap flea circus reeking of Facebook cologne. I’d rather use that time productively, to focus on my own projects and ideas, to spend time with family, to watch my son grow up healthy and strong. I’d rather have five honest visitors to my crappy website than swim in a lake full of phony sharks.

And that’s just it folks. After all these years of being told to stand for something… I finally did. I took my cards off the table. I took my opinions home. I decided to walk away from the algorithms, the censorship, the globalist agenda, the suppression of free speech… I walked away from the most ignorant game of conditioning ever played with human emotions. I hope my silence speaks louder than words, but I’m not holding my breath. I was never in search of platitudes. I was searching for a genuine audience, yet somehow I got lost on my journey. The more these tech giants turn up the volume, the more intelligent people will start tuning out. Of one thing I am now certain – I am much happier without the noise. I regret nothing.

May you all have a blessed and graceful holiday season…

NOTE: One of the bright spots during my time on LinkedIn was being invited to write for BizCatalyst-360°, an independent, non-partisan publisher which does not enforce any particular agenda. I am confident that I will now have a proper place to share my miserable world views. I hope you are all fair and balanced as we take these first few steps forward together… 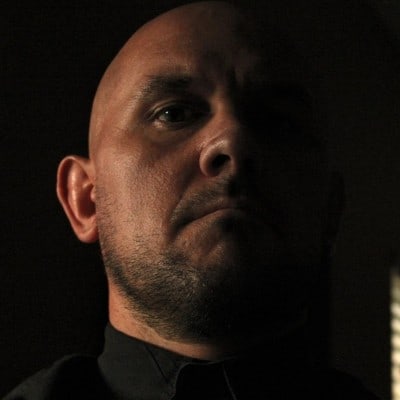 Aaron Towlehttp://www.repdigest.com/
Aaron Towle is a Multimedia Artist living in Green Cove Springs, FL. He proudly served in the military as a journalist and now works as a developer in the Defense Contracting Industry. He is passionate about art, literature, and photography and looks to continue building his credentials as a professional writer. He currently produces an online publication called Reprehensible Digest, which explores the subtle dynamics between art and literature.