–Hasn’t anyone under the age of 40 seen the film Office Space?

Enjoy Part 1 in this Series HERE.

I don’t understand what all the fuss is about!

Quiet firing, the term used to describe an employer’s desire to demoralize unwanted workers to the point that those “undesirables” decide to quit, has been around for time immemorial.  All of the recent articles and social media posts on the subject of quiet quitting lead me to ask one simple question:

“Hasn’t any working professional, under the age of 40, ever seen the 1999 workplace comedy Office Space?”

Starring Ron Livingston, the film follows a group of low-level office workers at a tech company whose passive-aggressive boss makes their lives so miserable that they decide to hatch a scheme in revolt.  The film takes the audience on a fun-filled trip as the three hatch their crazy plan to a hilarious, and unexpected, end.

But, perhaps the movie’s most memorable character is Stephen Root’s Milton. Milton is an anxious, neurotic staffer who was apparently laid off from his job, five years prior to the events of the film, but no one ever told him so he kept coming to work and because of a payroll system error, he continued to be paid. All the while, the boss just continued to attempt to demoralize him by moving his desk repeatedly over the course of the film, until his desk finally winds up in a basement storage area.

If Milton’s treatment by his unscrupulous boss isn’t an example of quiet firing in action, I don’t know what is – and, remember the film was made over 20 years ago! So, ask again, why all the fuss over a concept that has been around for so long?

The Interest Highlights Another Problem

The fact that people are making the concept of Quiet Quitting into some new phenomenon is of concern to me – and, likely, not for the obvious reasons.

Might the fact that so many current thought leaders are making such a big deal over something that’s been recognized within leadership circles for many decades already amplify another issue?

Might it demonstrate that current thought leaders lack the experience and have an unwillingness to do the work necessary to truly contribute fresh and original insight to the betterment of leadership thinking?

Where have all the “editors” gone?

As a person who has written 6 books and has published over 500 articles in leading trade magazines including Inc, Fast Company, and Bloomberg Businessweek, I know that editors can play the vital role of gatekeeper. They can ensure that high-quality content is being published in their magazines and on their websites.

The fact that a recent Google search on the term “Quiet Firing” delivered an astonishing 174,000,000 hits suggests that the current crop of business magazine editors are more interested in running pieces that serve-up popular clickbait than actually publishing content that contributes to the betterment of leadership thinking.

What Can We Do?

While the current state of affairs is worrisome, there are a few steps we can take to improve the quality of what we are getting in the trade press.  Let me offer three ideas to get us started:

That said, it might be worth your time and effort to check into the editorial standards and, perhaps, think twice before signing up for feeds from the Pay to Play outlets – their content may not be all that new or original.

After all, if you contribute to the click count, you’re squeezing out shelf space for those that have original content to offer – and, it’s that fresh content that may make a difference to you and your organization (not some regurgitation of something Peter Drucker wrote about 50 years ago).

Quiet firing is not a new concept or some kind of reflection of our times.  The concept has been around for a very long time.  It’s part of the human condition, in fact.  Shaming someone into quitting is part of the mind games that some, less than respectable, leaders use to thin the herd. To position it as anything else is doing a disservice to those whom you lead. Let’s stop promoting it and, instead, let’s work to create novel content that will inform and inspire. 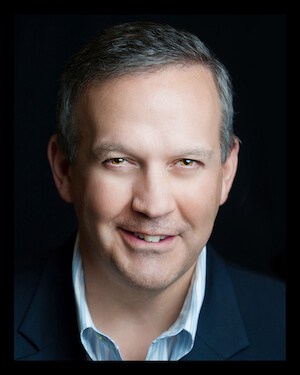