Words often fail to express full meaning and understanding, yet they are often all we have to attempt to express the ineffable. Admittedly, I fall short regularly.

I’m blessed/cursed with the knowledge shared with me as a teenager that has yet to fully settle in the hearts and minds of seekers like me; that we are cosmic consciousness condensed into these forms, a coalescing combination and synergy of genetic material and soular frequency that, when fully submissive to it, leads us toward our perfected form, fit and function in the world.

So much is possible, yet so little is understood about our true nature that encompasses both science and spirituality. The fact is there is no physical form, only vibration. Science has proven that today. Even with that knowledge, we cannot fathom its application toward fulfillment in human form; the essence of loving and being loved unconditionally.

The latter is perceived as some far-off destination barely visible on the horizon, yet the reality is that it is experienceable in the present moment, right here and right now. How? By suspending all your beliefs, your thoughts, and simply feeling the embrace of that love. Oh, that sounds too simple. That’s the point – it IS.

Many talk about their ‘mission’ and ‘purpose’ yet frame them in terms of limited understanding as though there is still something missing in their quest for fulfillment in purpose. The intellect searches for what is missing rather than what is already present. The ultimate challenge in physical form is to return to the spiritual, the consciousness individuated and finely attuned to the specific thread in the tapestry of the ONE, so to speak. 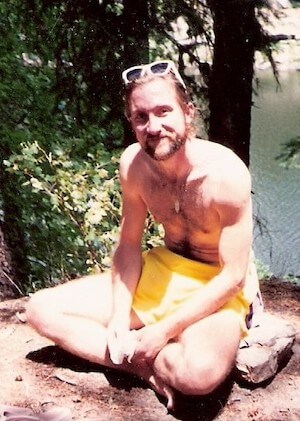 As a teen in turmoil in college in 1975, I knelt and prayed to know ‘truth’ and was willing to die for it if necessary. Beyond scoffing at that request as being the silly notion of a teenager seeking purpose, consider its potential as prophetic and timely in our planetary development. The answer came in another question, “Are you willing to die for what you believe in?” Are you? Consider that deeply for a moment.

It only took me two choices to settle and agree I was; the first, Christ Consciousness, and the second, Cosmic Consciousness. I exited this world for a few moments, embraced by the Great Light, then moved to another scene and given my ‘mission’ to work with points of light surrounding me in order to facilitate a new world order of natural design.

My life as I knew it fell apart with a devastating divorce in 1988, with a trifecta complete with corporate and church expulsion. The following year I was again reminded of my commitment during a spiritual retreat with others at Woods Canyon Lake in northern Arizona.

I’ve spent nearly 50 years exploring what that means in living the ‘spiritual’ life, exploring the various paths and texts in order to find the freedom in them. What I mean by that is letting go of the interpreted prescriptive notions in order to find that emerging Self and being submissive to it. We have focused on the ‘local’ self rather than the non-local Self in our progression.

Recent discoveries and further inquiry in the field of quantum sciences seem to point back to ancient knowledge contained in the Vedas and strewn across various texts spanning the notions of spiritual development. Where does it lead us? We don’t know fully because it is still an experience in process, yet we’ve had a global wake-up call to consider it more vigorously. Who is talking about it?

Complexity doesn’t have to be complicated. Beginning anew from simple principles of understanding natural order can eventually filter through all the existing systems today, from business to politics and social constructs that serve humanity’s thrivability. The old command and control systems are no longer functional. They need to evolve with our help, not our resistance.

The emerging Self is the manifestation of awareness from nothingness, perhaps similar to the knowledge shared with Wilbert Smith from the ‘people from elsewhere’ who offered advanced knowledge from their perspective that humans have yet to discover. They state that our reality is a manifestation of our awareness. When our awareness includes the synergy of spirit and soul, lineage and frequency, a natural order (harmony) emerges.

For some reason, I have understood that at a very deep level, from a place words cannot express, yet. It’s an experience that coincides with the quote I’ve shared over the last few years, “We cannot think our way through a system built on vibration, we have to feel/sense our way through it.”

I had the opportunity of a conversation with Dr. Ervin Laszlo, generally recognized as the founder of systems philosophy and general evolution theory, and exploring the nature of the Higher Self. I’m aware of the risk in perception of sanity in expressing the possibility that life here on Earth has such meaning and potential for us. We’ve recently experienced the devastation of a world falling apart and in desperate need of healing and repair. I’m reminded of Einstein’s admonition, “We cannot solve our problems with the same thinking that created them.”

Perhaps this healing process of the ancient wounds of separation from Self is what we are experiencing now. Victor Aquista’s blog explores this healing process. Dennis Pitocco’s efforts with BizCatalyst 360° shares thousands of articles, poems, and videos of this same process viewed from an equal number of perspectives. Reimagineering humanity is indeed being explored through a plethora of explorers today.

What would a fuller expression of Being for each of us look like? Are we truly in the process of the fulfillment of prophecy strewn across the ancient calendars and texts as we approach the ‘golden age,’ so named as the epochal shift from the Piscean to the Aquarian age? How do we manage the shift? Can we stop micromanaging our lives and tend to macromanagement?

It would seem these considerations are valuable and worth the effort to explore in co-creating a transition from old paradigms of capitalistic competition and fighting for superiority, which we know historically only cause continued cascading problems. No one can deny that this is a necessary and prudent path to take for our global society. We cannot deny the fact we share one planet, either, so we need to consider its needs as stewards.

Interestingly enough, a conversation for my podcast in January of 2022 brought the experiment to a head for me in being introduced to the Live and Let Live Global Peace Movement. I leapt at the chance to be its Executive Director in hopes that somehow those others mentioned above would begin to appear as part of their own submission to their mission and purpose. Maybe you are one of them and this is simply a serendipitous synchronicity of opportunistic flavor in this moment.

I remain curious and invite you to join me in that curiosity toward Self-expression. 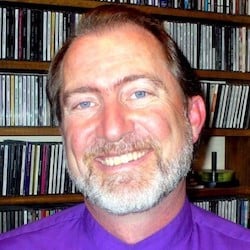 A Newly Ordered World – The Welling Up of the Soul...

The Challenge in Creating a Movement: Where Do We Go from...