Putting a Human Face on Your Core Values

Almost every company has a list of core values. Some of them blazon them on their communications, some have them embossed into the walls of their headquarters, and some, well, some put them on paper, but struggle to actually embody those values.

The challenge with “Core Values” is that a lot of the time, they’re very lofty, and very nebulous, concepts. I mean, what does “INTEGRITY” actually mean? How about “EXCELLENCE”? I do workshops for people focused on identifying core values, and I see these mentioned frequently in both professional and personal settings, but when asked to explain them, they’re stopped in their tracks, or they give some vague (so vague it’s pretty much useless) reply. And unlike art, when it comes to your core values, it shouldn’t be an “I just know it when I see it” situation. If you’re going to make these concepts the foundation of your business (or your life!) you really need to be able to explain what the heck it actually looks like when somebody is (or is not) living up to them.

What if you gave those values a human face? And I don’t mean an actual human — I’m not suggesting having a “VP of Corporate Values” (although if that appeals to you, hit me up, I’m interested in that job! What a way to shape culture!).

avatar: noun; an embodiment (as of a concept or philosophy) often in a person

Many successful marketing campaigns have hinged on some kind of avatar, as in “an embodiment (as of a concept or philosophy) often in a person” (Thanks, Merriam-Webster!). Mr. Clean, Smokey the Bear, Mr. Yuck, Flo the Progressive Insurance Lady, the Geico gecko… these are all examples of fictional characters who represent *something*, and over time, that “something” gels in people’s minds.

What if you created avatars for your company values? And don’t stop with just an image. Give them backstories… why are they “Integrity”? What brought that character to the point that they became the embodiment of “Excellence”? Have a little fun, and be intentional about it. Can you weave a little of your company history into this “graphic novel”? Storytelling has been used to pass on values and history for about as long as humans have existed. What a powerful tool to drive home these incredibly important ideas. (Not to mention — how much better could your onboarding be if you gave out comic books to your employees!) Pro tip: Keep your D&I efforts front and center while you’re crafting these, too! What a way to get even more bang for your buck!

And then incorporate these characters into your normal business processes. Instead of boring plain pens, brand them with your new Legion of Values members. Have them on notebooks, coffee cups, as characters for your HSE posters, throughout your intranet. Encourage people to choose an avatar for meetings to represent which value they’re feeling particularly drawn to that day. Put them on give-aways for customers, trade shows, or visitors. The opportunities for weaving these into your culture in a real, approachable, affinity-based ways are only limited by your imagination, and you’ll start seeing your values lived out in ways you probably never imagined possible! 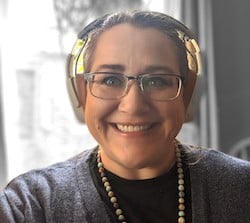 Performative Positivity (and Why It Sucks)