This can only be accomplished after the player has maneuvered his piece through eighty-three squares representing the seven periods of life, from Infancy to Dotage, possibly while being treated to “a few moral and judicious observations” (as the instructions suggest) along the way. A player could at least be certain of encountering no distracting glasses of jenever here.

The concept of progress, in the general sense of forward motion, had long been central to board games, and countless games produced in eighteenth- and nineteenth-century Europe continued to revolve around simple contests to reach a finish line. That finish line might be as close to home as the port of Dordrecht in the Stoombots Spel or as exotic as the North Pole in the Austro-Hungarian game Neueste Nordpol-Expedition, commemorating the polar expedition led by Carl Weyprecht and Julius Payer.

Jules Verne’s international bestselling novel Around the World in Eighty Days, about Phileas Fogg — the headstrong English gentleman who, to win a bet, circumnavigates the globe in eighty days — lent itself very well to board-game adaptations. So did the American journalist Nellie Bly’s real-life attempt to beat the fictive Fogg at his own game, which she managed to do, traveling from New York to India and back in a mere seventy-three days.

The concept of progress in the political sense worked its way into board games soon after the start of the French Revolution. The revolutionaries, not unlike the moralists behind The New Game of Life, were suspicious of the frivolity of games and wasted no time changing them to suit their own purposes. Considering these revolutionaries renamed the days and months, reconfigured the calendar, and recalculated the measurement of minutes and hours, the fact that they also decreed the king in the chess set would “henceforth be called le drapeau [the flag]” and requisitioned the blank backs of playing cards for “cataloguing the confiscated libraries of aristocrats” should probably come as no surprise.7 Two enterprising citizens, named Jaume and Dugourc, went so far as to redesign the entire deck of playing cards, eliminating the offensive images of kings, queens, and valets (jacks or knaves in the English deck) and replacing them with images of the Law, the Spirit of Peace, and the Freedom of the Press.

The Jeu de la Révolution française, printed circa 1791 and, like The New Game of Life, modeled closely on the Game of Goose, propagandized for political progress, leading players through the major events of revolutionary history, starting with the storming of the Bastille and proceeding through the abolition of feudal rights, the de-Christianization of France, the September Massacres, and the killing of de Launy, Foulon, and Bertier, before coming to an end with the National Assembly at the Palladium of Liberty. If the game sounds a bit boring, it probably was — for all but the most ardent republicans. Play was enlivened by a few penalty squares, in which “idiot geese” (in the words of the board) wearing magistrates’ clothes and symbolizing the parliaments of the Old Regime, could delay the progress of a player’s piece just as surely as they could delay the progress of the French nation.

Political progress is also at the center of things in the suspiciously subtitled The Chronological Star of the World, An Entertaining Game, published by John Marshall of London in 1818. Here, in 109 numbered pictures, beautifully printed in a star-shaped pattern of crescents, medallions, and leaves, the history of the world is told, as the scholar Ernst Strouhal writes, “not as a hodgepodge of stories but as a goal-oriented pursuit of progress, with achievements that bring humanity step by step to Reason.”8 Beginning with the Garden of Eden, the game ends when the first player lands on the central circle, which depicts a martial female figure holding a Union Jack shield and a sheet of paper that reads: “To the Glory of Britain Slave Trade Abolished.”

Queen Victoria, who was born in 1819, a year after The Chronological Star of the World was published, conveniently filled the role of this figure in another, even more nationalist board game printed in London around 1860. In this case, the game takes the shape of a pyramid, ascending from the Garden of Eden and the Tower of Babel to the Roman invasion of Britain and the discovery of America — non sequitur mounting upon non sequitur until they reach their peak — the queen, surrounded by her family.

The practice of making games to promote clean living and political progress (with that progress always culminating in an image of the government currently in power) persisted all through the nineteenth century and into the twentieth. The Soviet Union made particularly good use of board games, though in contrast to the French revolutionaries, who were so keen to have citizens rehearse and internalize the events of the revolution, the Soviets were generally more concerned with making sure that the newly urbanized peasantry learned the basics of health and hygiene. In the 1910s and 1920s, the state approved the manufacture of games such as Tuberculosis: A Proletarian Disease, Look After Your Health! The New Hygiene Game, and The Abandoned, in which “players had to round up homeless children and bring them to an orphanage.”9

Healthy Living, published in Moscow in 1926, is a game intended to promote awareness of syphilis, tuberculosis, alcoholism, and of the dangers of consulting folk healers rather than doctors. The objective is to be the healthiest worker possible, though oddly enough the hazards and penalties the player encounters most resemble those of the fun-loving Dutch Stoomboots Spel. Instead of being distracted from your destination by a warm cup of coffee or a fiery glass of jenever, however, you are penalized for consulting a folk healer (which lands you in the cemetery), drinking a beer at lunch (which lands you in a homeless shelter), or consorting with a strange woman (which gives you syphilis). Squares inform the player of various statistics (“forty-six percent of murders and sixty-three percent of robberies occur under the influence of alcohol”) and attempt to dispel popular medical misconceptions (“tuberculosis is not cured by medicine but by fresh air, sun and food”).10 The board, through its clever design, emphasizes that the worker’s health is in his own hands, just as the worker pictured holds the list of rules in one hand and a lever controlling the flywheels (both printed with the slogans imploring workers to take responsibility for improving the quality of their own lives) in the other.

Though Healthy Living may look bizarre to many of us today, it can look no more bizarre than the American Game of Life or Monopoly, with their emphasis on the accumulation of capital, would have looked to a Russian proletarian. Games, like religion and song, have existed since before history began, and as with religion and song they are creations in which we cannot help but reveal our desires, prejudices, and fears. They may be overtly political, like the Jeu de la Révolution française, or they may unconsciously disclose cultural beliefs, like the obsession with speed evident in the Jules Verne and Nelly Bly games produced in nineteenth-century France, England, and America. But in every case they generate an alternate space in which people can play through the anxieties of their daily lives according to clearly established rules and, so long as there is no actual money on the line, without any fear of harm. “In a game,” writes Roberto Calasso, “one is aware of tension, yet the rite is still . . .detached from the world of fact, as if keeping itself two palm breadths above the ground.”11 It is little wonder that every variety of moral and political regime has put its stamp on a board game or two. There are few pursuits that so perfectly replicate our attempts to imagine the course of progress, which seems so sensible it ought to be inevitable but is nevertheless subject to chance.

Alex Andriesse received his doctorate in English literature from Boston College in 2013. His writing has appeared or is forthcoming in Granta, 3:AM Magazine, and The Millions. His translation of Chateaubriand’s Memoirs from Beyond the Grave, 1768–1800 is published by NYRB Classics, and another translation, of Roberto Bazlen’s Notes Without a Text, is forthcoming from Dalkey Archive Press in 2019. In addition to editing the Review of Contemporary Fiction, he has also edited two volumes of the anthology Best European Fiction. He lives in the Netherlands. Find him on Twitter here. 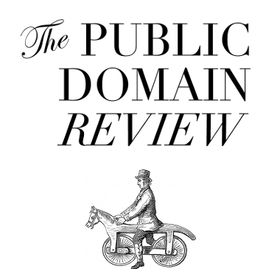 Petrarch’s Plague Love, Death, and Friendship in a Time of Pandemic

Flashback – A Prehistory Of The Adult Coloring Craze