by Loree Dittrich
Pick out the people you like the least and watch them for a while
They’ll never waste a kind word or never waste a smile.
They criticize their brothers every chance they get
They’ve never found a human to suit their world yet.
From them, you’d learn some things if they were pointed out ~
Some things every one of us seems to know a lot about.
When someone knocks their brothers pass around some loving
But…
Say something good about him if you have to make it up!
It’s safe to say that every man holds a trace of good
Though he would fain exhibit to his fellows if he could’
The kind deeds in many souls are hibernating there
Awaiting the encouragement of other souls that dare
To show the best that’s in them and a universal move
Would start the whole world running in a hopeful, helpful groove.
Say something nice and paralyze the “knocker” on the spot
Speak kindly of his victim whether you know him or not…
The eyes that peek and peer to find the worst a person holds
The tongue that speaks in bitter ways; that frets, fumes, and scolds
The hands that raise the fallen through their struggle was made to raise
The weaklings who have stumbled at the parting of the ways ~

All these should be forgiven, for they know not what they do

And their hindrance makes a greater work for wiser ones like YOU! 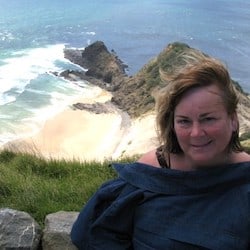 Loree Dittrich
I am a writer/author that loves to inspire and entertain the minds of others. I’m inspired by just about anything and everything imaginable. I first realized the power of the pen as a youngster starting with my diary. My teen yr. Were spent quite often in my room where I would scan through poetry books and magazines for hours, often ripping out pages of interest. I lamented over social issues of justice, the end of the Vietnam war, race, poverty, and such. I discovered then, that writing for me seemed to be a way in and a way out of myself. And certainly, a way to respond to the world around me. My friends often assisted me with rewriting things I loved which all had a sacred spot. At 17, I was off to the city where I landed a job as a Nursing Asst. In Edmonton. I loved working in the presence of pioneers and always felt they had a lot to offer as I listened to their stories. However, it wasn’t long and I had a new vocation: Motherhood! I got caught up in the busies of life but writing little pieces remained a priority whenever possible. ~ My friends and family used to say things like: “You’re really a good little writer...You should write a book one day”...but I buried that thought with a lot of others along the way. But then I started writing a Christmas Greeting when our children were small along with random silly poetry and little notes and quotes. Feedback was always welcome and I gained a lot of confidence from peers over the years. At times in my life when I felt empty or afflicted, I turned to ink. And believe me; some days INK was all I knew! I am a survivor of breast, skin, and colorectal cancer and am truly grateful for the gift of life. I am also grateful to my husband for affording me the luxury of travel; visiting many countries. I’m a mother of four daughters, a grandmother of nine, and a mentor to many. My husband and I live in two places: Calgary, Alberta, and our sunny sanctuary: “Ecuador” where we live 3 months of the year. I am happy to announce that in 2019 my first Children’s book: No Home For A Pigeon” was born. My second Children’s book entitled: “A Boy Is Not A Kitten” has almost come to fruition as well. After that, I will proceed with a Collections book sharing some of my most prized and personal poetry and other writings of my life’s journey. I hope You will follow along with me... Joyfully, Loreexx