Out Of The Mouths Of Babes

Fact. Everyone who has children thinks they are the cutest people ever, right? Especially when the things that come out of their little pie holes, are well, incredible. Fast forward to the teenage years, and there does not exist a pie hole cover sufficient enough in size to restrain what comes out.

I digress. My oldest, my daughter, is almost 19. 19 years of honestly, a pretty amazing kid. Recently, I was thinking back on some of her exceptionally stellar moments and laughed so hard I almost peed my pants.

Most of us moms can relate to our usual title, “Overworked Tired Working Mom Dreads Figuring Out What to Make for Dinner.” You can relate, right? I mean, how many different things can we think of to cook for children who could maintain their limited nutrition on fish sticks and fries?

My daughter at the age of 2 could recite her address and phone number. Just let me have one little brag moment here. So I cannot recall if this event took place at 2, 3 or the year in between.

After picking both kids up from daycare, the youngest an infant (I had MASTERED by this time the one-kid-per-hip situation), I got them settled and was about to throw some dinner in a pot on the stove. Their dad worked nights at the time, so really it was just me and my daughter eating dinner and my son, a bottle of formula.

I had purchased one of those chicken and rice “throw in a pot” dinners. Yeah, I took shortcuts. What can I say? Another stripe on my “Mother of the Year” sash. In a nutshell, I forgot to put water in the pot (I blame the overworked mom bit here), so I was in the midst of a “dinner rescue” moment. I thought I had remedied the situation enough to have something palatable for my daughter to eat. I put it in front of her and she says, “I don’t like it.” To which I respond with, “There are children in other countries who do not have any food.” Oh My God, I have turned into my mother!

So my daughter asks, “Why don’t they have food Mommy?”

I say, “Because they don’t have money for food.” She volleys back, “Do we have money?” and I say, “Yes, some. That is why you have food in front of you.”

And my 2-3-year-old daughter with a gleam in her eye states emphatically, “Well, I would rather have the money so I can go to McDonald’s and get a cheeseburger.” Yes, she is my child through and through. I remember thinking at the time that this must be payback for me being a little sh$% at some point in my childhood.

If I had the forethought to capture that bit on videotape, I surely would have won the million dollar prize on Funniest Home Videos. At least then, she would have had all of the McDonald’s cheeseburgers she could eat and I could have hired a personal chef on a go forward. Thinking back, I probably should have cooked fish sticks and fries and called it a day. Definitely not one of the many nights where I channeled Betty Crocker.

Moral of the story? Well, it’s twofold. One, don’t forget to put the water in a stew that calls for 2 cups of water and two, sometimes you just can’t outwit a toddler. 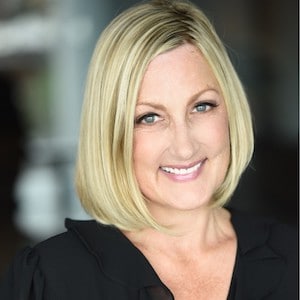 Who Have I Been Dating…Your Representative?

A Day In The Life Of A Dater