Our Inner Voice Of Truth

There is that within me that knows the truth” `

SOME PEOPLE CALL IT their gut, or a feeling they get. Others know the truth factor as the inner voice that speaks to them once in a blue-moon with a spark of wisdom. Whatever way you hear or experience truth it’s always there guiding us. It is our minds that we must quite long enough to be in present consciousness and guided.

I remember the story of “Anne”. She was looking for a way to feel more connected to her boyfriend of four years, but she always felt something was off as she put it. Many of her friends encouraged her to suspect the worst.

He had seemed to pull away from her the last few weeks and be more reserved than usual. Just when she thought the relationship would move into marriage, she was convinced he had found someone else.

She had talked inside her head about what he was doing to her, how broken-hearted, and lonely she felt.
Finally, she could not stand it any longer. Anne confronted him.

What Is The Truth?

Anne’s story and the outcome are like many of my clients who pursue Integrative Health Coaching with me. Their thinking affects their wellness and wellbeing. Often it’s a process we learned at an early age when told we were too young to understand, or something didn’t matter. It mattered to us. Our developing brains; curious wanted to learn the truth.

Truth is individual, it is divine wisdom and it is different for each person. Truth is hard to hear. Not because it will hurt or we have something to fear; it is because self-talk inside our heads is speaking loudly drowning-out the gentle whisper of the voice of this inner voice many call, God or intuition.

In Anne’s case she was listening to outside advice and letting her curiosity predict truth. It is much like a dictatorship where truth doesn’t matter.

Many will argue truth is the facts; it is the will of the majority or what the leadership in our lives in telling us. This is not the truth. My work centers on helping people lead their lives the way they desire. Too often, we give up control to someone else in our relationships or career. My theory and that of others in my field is that Primary foods for the body first must be our relationships and careers. If these are out of balance, the inner wisdom of who we are is diminished.

It is a spiritual thing. A God thing whether you believe there is one or not. Call it the intuition if that feels best to you. Poets write this soft whisper is the inner voice that guides us. It is the voice outside advice usually puts down, or our heads tell us not to listen to as thoughts race by a million at a time. It is many fail at their dreams and never realize their potential or happiness.

When we constantly think in our minds, we block our ability to listen. This also blocks Truth.
Try to stop the mind from thinking. It thinks twice as much and three times as fast. Don’t try to stop the mind, instead listen for Truth.

Truth feels different. It doesn’t tighten the flow of blood to the heart, for instance, from a health perspective. It doesn’t make the person listening feel fear, anger, or stress. It may come wrapped in excitement, vibrancy, and an inner knowing much like that gut feeling we should listen to more often.

Anne didn’t listen to her gut rather she had experience that most relationships in her life didn’t work. She brought to this romantic adventure fear and doubt. She wanted a warm, loving relationship but used a thermometer of outside gossip to support fears along with a spicy dose self-talk.

Both block that inner feeling or voice that is Truth.

Confronting her boyfriend in a rage, he began to grin as the ‘madwoman’ in front of him and tried to calm her. Once he got her to sit down, he explained.

“I got a job offer in Florida. It’s a promotion and a big raise. But I can’t ask you to move with me. It’s not fair. So I have been looking at rings, searching out possible jobs in your field in the area, and even talked to a realtor about the cost of homes. I wanted it to be perfect when I asked you to marry me, leave your home and job here.”

When Anne told, her story, the guilt was still on her face. She had gut-feelings she had ignored. Her “Jerry” had showed her pictures of Florida homes not the beach. He had told her about the humidity asking if she minded such things. He had even asked her if she preferred white or yellow gold.

Each time he’d done these things and others that little voice had spoken to her. She heard a gentle whisper saying, “this is how love feels.” This is how relationship feels. This is Truth.

Where in your relationships are you not allowing the truth to deepen the connection? In business, we do it with those that would mentor us sometimes.

“Jim’s” upper level manager gave him a book on leadership. Jim knew it was the manager’s favorite author. Instead of thanking him, he turned and rushed back to his office wondering. Why was he singled out? The next day he began to look for a different job.

Had he thanked the manager and asked a question, “What chapter is most meaningful for you I would like to learn from it too.” He might have found out that this boss was thinking of mentoring him. The book, a gift was the first step to establishing a connection.

How To Practice Listening To Truth

Jim’s manager had been friendly stopping him in the hall to talk. He even went out of his way to include him in several team meetings asking his opinion on two occasions. Afraid he would answer incorrectly he had given short replies. His mind afterward raced for ways he should have done things.

Instead, Jim could have reached out and asked how he could expand his talents. Luckily, the manager saw the potential in Jim and was ready to take him under his wing.

When Jim called, I asked him how he felt about the hallway conversations. What he felt when they happened. What his gut-said when his boss asked what he thought on the topic at hand and so forth.

Grinning he told me, “I felt great. I felt necessary and wanted.” How did this person’s face look? One word. “Pleased”
The next day, Jim went back and thanked the man, asking what chapter meant the most to him. Today Jim and Anne both rely more on their inner-voice or gut. They allow the ‘voice’ of truth a place in their lives. They use it to attract their highest good in life.

Before they jump to conclusions, they meditate and quite their minds regularly. This allows them to practice listening. Any thoughts that come from inside with a feeling of fear or not-good-enough they pass by and listen for their highest potential in the truth that speaks within. 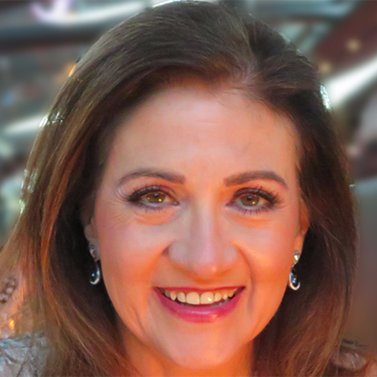 Dr. Debra Arko Novotnyhttp://debraarko.com/
OUR HEALTH is important to our success as entrepreneurs and business professionals. Dr. Debra Arko Novotny L.Ac, D.Hom. NMP, CHC specializes in helping women not let health, aging, and menopause get in the way of life. As a professional herself, she understands the need for easy ways to cook and stay fit as we age. She’s an expert in weight loss and menopause. She helps women navigate their busy work and family lives. Her simple approach to changing our behaviors and beliefs has helped women for over two decades regain control of their health and life. Dr. Deb is one of the leaders in Body-Mind-Lifestyle Design. She is a Natural Health Practitioner and coach. Debra is an author and speaker in health and business. Deb practices what she teaches. Natural health, Primal eating, and designing your life. In her office, she provides Functional Medicine, Easy Primal Eating, Acupuncture, and acupoint injections [rejuvenative medicine]. Work with her in-person or virtually by via her Websites: Enhanced Living Today, or Denver Acupuncture Health. OR reach out to her by EMAIL or Phone | Office (720) 515-4602. She resides in Colorado with her husband and family.