Origin of the Species Revised

In Western society, we have long been taught about “On Origin of the Species”, by Charles Darwin. It is a theory based on “survival of the fittest” and fighting for survival. We view much of life and our world in the same context.

What if there were another way to view the world?

I watched a show in the past, Babylon 5. In this show, there were 2 incredibly powerful forces outside the human and human allies. The Shadows and the Vorlons. Later in the show, you learn that the former believes in progress through conflict and the later via cooperation.

When we look at evolution, it is rare that anyone would think that ever organism should be in conflict with every other. In fact, we usually assume species, or families, or other groupings work together so that a subset of the species survives or dominates.

I was listening to Gregg Braden as he posited this position. He was talking about climate change and how we are currently handling the issues. It made me think of some of what I see going on regarding this debate.

Those who are proponents of the idea that there is something humans can do to alter climate change are not open to cooperation as far as I’ve seen. Unless cooperation is defined as “Do what I tell you for the reasons I tell you or you should be destroyed.”

I was listening to NPR, The 1A, a while ago. Someone from the American Petroleum Institute (I believe) was on. He said that as an organization they didn’t believe in anthropomorphic climate change. But, he added, they did see the need to clean up the atmosphere.

At this point, nearly everyone has heard of Greta Thunberg.

If you agree with her, she’s the 2nd coming of Jesus Christ. Hoorah for kids taking the lead to “save the planet” for THEIR generation and beyond.

If you don’t, she is as close as you ever hope to get to Satan. Her anger, her hatred, her “we will never forgive you!”

Regardless of your opinion, her bottom line is, do as I say or else!

I heard this week that one of the major energy companies came out and said they’re done with alternative energies. They feel they’ve tried, failed economically, and no matter what they do they can’t gain public support.

Again, if you don’t vilify these companies you have no place in the “green” society.

Is there an Alternative to Hate and Division?

I believe there is. Instead of pitting groups against each other. Instead of deliberately instigating all-out war. Instead, find areas of common interest. Find where you can agree and work together.

Or follow the traditional model, create strife, make any change more and more difficult, and only accept complete destruction of “the enemy.” Give your opposition nowhere to go. No moves to make. The only thing they can do is fight back. Even if you “win” you leave scorched earth behind you, shattered relationships, and you instruct the next wave how to deal with you when they come along.

Will humans come to realize that perhaps evolution is more showing us that cooperation is the successful model rather than competition? I’m not sure. But here is my attempt to project the idea into the world. 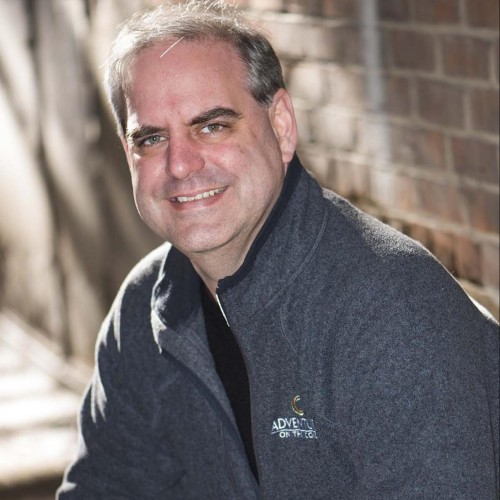 Michael Barneshttps://awakened-innovations.com/
Michael Barnes is founder and CEO of Awakened Innovations, Inc. Awakened Innovations helps nonprofits to save time and money by connecting them with high-quality, vetted, service providers. Previously, Michael has been a business coach; Director of Lab Operations at, Assurex Health (a genetic testing laboratory); and built the Cincinnati Biobank and Cincinnati Children’s Hospital. Michael’s overarching passion is to help others succeed and fulfill their mission in life.