Organizational Climate And How It Affects Us

Organizations are really microcosms of the larger universe we live in. Hence they can be hot, cold, tropical or temperate. They can also be dry, balmy, Mediterranean or equatorial. The combined energy stemming from the top and flowing through all its elements makes them so.

Organizations are also carbon copies of the people who inhabit these institutions. While a lot of emphasis is given to well-designed buildings, defining looks in terms of the exterior and ergonomic layouts within, what forms the core is the characteristics the organizations imbibe from the organizational denizens. And by this analogy, organizations can be ethical, temperamental, dictatorial, friendly & warm, manipulating & politically charged and so on.

Wikipedia defines organizational climate thus – “Organizational climate (sometimes known as Corporate Climate) is the process of quantifying the “culture” of an organization. It is a set of properties of the work environment, perceived directly or indirectly by the employees, that is assumed to be a major force in influencing employee behaviour.” What must be added is that, the Climate is actually a derivative of the employee bearing and actions intertwined with the Company brand philosophy. On the other hand, well set organizational climate shapes up employee deportment and impacts their efforts. It is, indeed, a complexly circular relationship with one being the causing agent of another and vice versa.

Nationalities do play an important role in defining organizational climate. So, there would be different organizational cultures in America or Europe that would differ from what exists in Africa or Asia. We have heard enough about how Americans or French or Japanese or Chinese or Indians work in their own milieu. And several hand books have been written on how to understand, perform and survive in these varying cultures. But then, with decreased geographical distances by virtue of shorter time spans required to travel around and increased virtual and technology thrusts, organizations have fast become multicultural and multinational bodies that should and have allowed thriving of people from different cultures, have respected the cultural sensibilities while all the time ensuring that it all dovetails back into the common vision and mission of the organization at large.

Organizational Culture as a Product of the Nature of Business

Secondly, nature of business plays a key role in defining the organizational culture. Therefore, government bodies function and feel differently from private companies. Old world professions like hospitals, hotels, banks etc. tend to be more formal than the relatively new businesses such as software firms, advertising agencies, media organisations or FMCG enterprises, where the culture is more informal, less starchy and more yuppy. So, while all-week Friday dressing or addressing the boss by his first name or grabbing a sandwich lunch while at one’s work station or engaging in informal and impromptu discussions in the corridors are all part and parcel of working in such organizations, all this would be simply sacrilege in the formal establishments.

But what is single-handedly most important in defining an organization is the set of soft qualities that the employees and chiefly the top leadership bring into the organization. This, in fact, becomes one of the major rationales for the reputation oscillating between – does the organization manage to attract and retain good talent or is hiring, firing and frequent resigning more the norm at this place. These parameters essentially define whether the organization is known for its best practices and often comes out on top of the most respected organizations’ surveys year after year or is it a place where people may come for short gains and quick trials, where they end up making as swift an exit as their entry.

A few years back, my young para-legal expert and social activist niece came back one evening broken and shattered from her work place that had not only formed the foundation but also helped define her professional identity for the last three years. Her main set of grouses were – there was a huge amount of incongruence between what she was expected to do and was being asked to do; with no clear definition of her roles and no proper direction from a supervising authority she was being made to run around like a headless chicken, that the top boss was whimsical, highly temperamental and given to loud & severe emotional outbursts that would end up sapping a lot of positive energy and enthusiasm, that a lot of colleagues contributed to and festered on malefic grapevine which ended up becoming fodder for the daily news and basis for the existing, rotting climate within the organization. So much so that double promotions in a year and increase in salary structure were not proving to be strong retaining factors as against the severely damaging and driving out forces that lurked within.

It has been a grave Human Resource issue when bad organizational climate leads to absenteeism, increased number of sick leaves, wastage of a multitude of man hours, loss in yield – both individual and collective, and a sharp blow to the bottom line. On the other hand, a good and healthy organizational climate is promoting, nurturing, encouraging and leads to brilliance in work and success in business.

Given how much is invested into making companies function as composite entities and how much is at stake to ensure that they run as successful businesses, it is a matter of utter astonishment to note how the people – at all levels really, from the visionaries and strategists on top to the developers and managers in the middle down to the ones who really make things happen at the shop floor – work at cross purposes to the Organizational Vision and Mission.

Organizations need to realize and take into account the huge amounts of time, energy and money they lose not only when good, well-trained and high performing employees leave but also when they continue to house under-performing, negative and poorly trained workforce that is more of a drain on the company’s resources as against the miniscule nothings that it ends up bringing to the table.

Organizational climate should feed off Organizational culture which in turn should be laid on the foundation of trust, respect, honesty, pleasantness, growth and excellence. 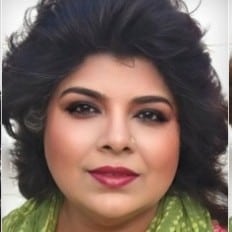 Top Ten People Who Can Make Or Break Your Brand