One’s Vocation Has No Age

In this second article on vocation, I’d like to demystify the concept further by providing concrete examples of people who found their vocation. First and foremost because it’s quite inspiring, but also, I want to show that finding one’s vocation comes at all ages.  I asked my LinkedIn network if any of them found their vocation, and I specified my definition of vocation:

“By vocation, I mean a goal that you found that’s bigger than you and transcends your career, is probably unattainable, but you’ll fight to reach even after you retired.”

EDITOR’S NOTE: SEE PART 1 OF THIS TWO-PART SERIES BELOW

Vocation – Beyond Passion And Profession

Without further ado, let’s take a look at this collection of vocation I gathered. The ages you see in the titles aren’t the current age of these people, but the age at which they found their vocation.

Maelys knew she’d become a lawyer at 8 years old. At 12, she was already showing a consuming interest in human rights in an international context. At this age, she had already read the fundamental rights codes. Sometime later, she started getting involved with Amnesty International. Her vocation started to take root in reality in her community and at school. Last year, she was one of the youngest organizer of Relay For Life in the city of Boucherville, an event to raise money for cancer. Always very active in school, it is she who is sent for all major annual events in schools where social involvement is involved. As I’m writing these lines, Maelys is 15 years old. She doesn’t have a profession yet. But her vocation is crystal clear.

A native of Montpellier and Nîmes, Philippe was already writing poems at the age of 12. The French education system, however, will have got the better of him and broke him for spelling. His higher education was therefore aligned with scientific studies. At age 25, he returned to writing because he kept feeling the irresistible need to write. He consolidated his practice with writing workshops. At the time his children were born, he wrote every day, and it lasted for a dozen years. His passion, however, is coding, which he has been doing for almost as long as he was writing. It is an outlet for him, while his vocation is more to bring new ideas to the world. When he changed profession from developer to Agile coach, he gave up his coding to devote himself to his vocation: writing.

Justin got ahold of his vocation pretty early. His parents always had values of mutual aid and equity and helping people become a second nature for him while growing up. By helping others regularly, he took a liking to it, to eventually figure that his profession would be related to helping others. Today, Justin gives a boost to anyone who needs it so that they reach their goals and recognize their own resourcefulness.  Many of the people he helps have suffered hard job losses that have affected their esteem. His profession of employment counsellor supports his vocation, as he accompanies job seekers to return to the job market.

Gabriel had his very first internship towards the end of his studies. The system he was working with was so poorly secured that it completely changed his approach at work. Rather than doing his job as a technician, he dedicated his time to securing systems and training people on information safety. Today, years later, all of the mandates he takes to support his vocation, and 70% of its work consists of auditing systems and forming teams of developers to adopt a safer development cycle.

Younger, Lucie wanted to have a medicine-related or psychology-related job= to help people, but life showed her another door: coaching people in recruitment. Her profession is still in development, and she still wants, beyond performance, to really focus on helping people in a humane and honest way. Lucie wants to find a way to harmonize her profession with her vocation so that she can really focus on people and make their professional lives more enjoyable.

Marie-Luc has a career in human resources, but a background in philosophy. Through her training, she can not be content with simply doing her job, she rather chooses to build her career by applying philosophical and ethical principles. It was around age 24 that she realized that it was with Humans (with a capital H) that she wanted to work. “What is the human being?” A question, once removed from the philosophical context and applied to the workplace, creates an incredible series of possibilities. Educating humans, Marie-Luc plans to do it all her life. With her child first, and with all those who will cross her path and who are be interested in dialogue and growth. Her profession in human resources, her passion for relationships between individuals and her vocation to bring humans to the best he can be through education are in harmony.

It is more by obligation than by choice that Alexandre got his certificate as a senior technician. After leaving the family nest, he became a nurse. But failing to find himself in the role of caregiver, he entered the digital world through the back door, while helping a friend. The very human side of customer and partner relationships is what he needed. He was learning to rediscover humans. As a caregiver, he found that he was losing some of his humanity, naturally adopting a more organic, less humanistic approach. He found a more humanist approach with this agency, by accompanying customers and partners in an environment where everyone is valued.

That’s me. Very young, I used to play on my father’s computer. I was 4 years old and I was coding BASIC by transcribing it from a book. It was obvious that I was heading towards computer science. Years later, after 1 year in computer science, it wasn’t working at all. The notes and the interest were not there. The guidance counselor told me about a new field of study that was roughly the creation of documents with computers. I decided to give it a try. A real passion! My grades were hard to beat during the next 3 years. From 2002 to 2015, I was a web developer. I loved that. For 13 years, I did not imagine having any other career. Until I lost my job in 2015. I stopped my initial passion to devote myself to another one, that of Scrum Master, a kind of team coach in software development. Two years later, I reached my point of no return. I could not continue when I realized that my professional environment never took humans into account and that nobody was doing anything about it. If no one did, I decided it was up to me to do it.

That’s how I discovered my vocation. All I would do in the future would serve the purpose of bringing humans back to the heart of the world of work. I began to challenge and question virtually every traditional reflex and practice in the workplace to try to find more humane ways to adopt. Finding my vocation will have taken me 38 years. But now, what I think, what I say and what I do are in harmony.

Denis, my father, started working in the railway industry, following his father’s footsteps. For 25 years he worked in the same organization, before being offered a choice: moving to Western Canada, or accepting compensation and finding another job. He chose the latter. It was towards the end of his career, working as a superintendent in two office buildings that he finally put his passion to work. Amateur handyman, he always loved solving mechanical or electrical problems. During those years, he really liked what he was doing, he was really doing what he loved.

A few years after retiring, after watching a few documentaries, he began taking an interest in monarch butterflies and their fate. The population of monarchs decreases over the years. Denis put himself in the spirit of doing something about it. He read about it and joined Mission Monarch and the David Suzuki Foundation, organizations wishing to protect the summer habitat of butterflies to maximize their reproduction. Denis created the plan for a horticultural project, including the development of a butterfly park composed of plants that could attract Monarchs such as milkweed. The city of Saint-Constant accepted his proposal and built the park. Denis represents Mission Monarque in various events and is approached more and more by people from all walks of life in relation to his vocation. He is not paid to do it. It takes almost as much time as if it were a full-time job. The results of this vocation will be the mark he will leave on the world.

One’s vocation does not necessarily fall from the sky. Some find it on their way, very prominently. Others will have to put some energy to find it. It is not so bad if your passion or your profession is not aligned with your vocation. You will do what it takes to support it in some other way. And obviously, there is no age to find your vocation. You’ll know when it happens. Be curious, listen to yourself. Find your WHY. 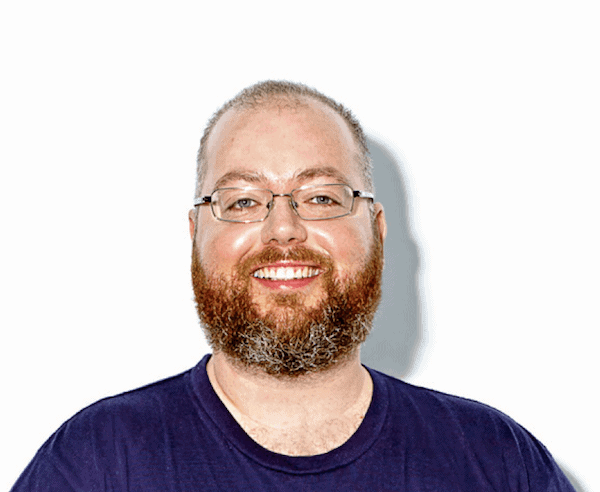 Living With An Imposter Syndrome