On Using An iPad In The Cockpit

What has been your experience? Do you think it makes a difference in flying?

I was talking to a fellow pilot and he asked me if I liked flying with my IPad. I’ve been using an IPad for flight planning as well looking at the moving map and charts while in the cockpit. For me, it had been an enormous improvement over the way I used to fly. Here are a number of the ways it was a game changer for me. My friend and I reminisced about ADF approaches, a LORAN and tuning VOR’s. He still has them in his panel… (!) For those using steam gages and not into the IPad, maybe I can point out some really useful things I found flying with the IPad.

For flight planning, I no longer have to call Flight Service for routes, weather or file a flight plan. I do it all from my IPad. What a difference and how much more convenient!

For the preflight, I use a checklist on my IPad. I find this particularly useful as I can make notes and I save the checklists by aircraft. When flying different aircraft, the notes come in handy.

In the cockpit it has made the biggest impact. I no longer spend my time updating the approach chart binders manually. The Ipad is easy to keep current. When flying IFR I find the IPad useful for looking up way points when route changes are necessary. I also use the IPad’s moving map as a double check against the aircraft computers. It is amazingly accurate. For IFR flight, I find Foreflight the best software to use. When I fly helicopters, I fly VFR and always use the IPad with Wing X Pro. Wing X Pro is easier to fly VFR with as the airspaces are easier to identify. Just touch the airspace you’re going into and the pertinent information comes right up. Not having an extra free hand flying Helicopter, this is much easier than using Foreflight. In Wing X Pro it is also much easier to find airport frequencies in the same manner. Just click the airspace and select the airport instead of the airspace information. It’s as quick as that.

As an additional benefit, the IPad is much lighter than carrying all the paper that I carried along in the past. That might not sound like a big deal but think about it. Carrying another 5 pounds to altitude and back every time adds up!

All in all, I love flying with the IPad and highly recommend carrying one to any pilot. 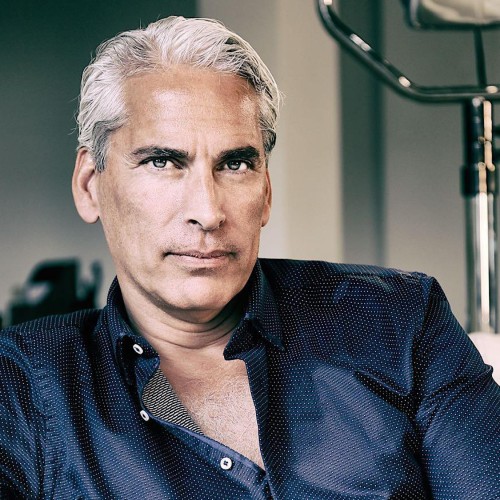 Michiel Schuitemakerhttp://miamiturnaround.com
MICHIEL thrives on figuring out how to turn good companies into great ones. He focusses on building lasting organizations and consistently benchmarks his views against those of companies considered “best in class”. “It’s like a giant complex puzzle. Sometimes it’s frustrating but what reward when it all comes together!” His highest profile turnaround was machine tool builder Cincinnati Incorporated. Michiel started, partnered and managed companies from start-ups to a $110M+ manufacturing company. His passion is finding ways to optimize a business. The exercise always starts and ends with the customers. Ever since Michiel started working, he has worked with products that have a mechanical aspect to them. His strong mechanical background gives him the unique ability as a CEO to be involved from the design of a product all the way through the sale of it. He loves racing cars, flying airplanes / helicopters and lives in Miami Beach.

The CEO That Knows It All

The “Know It All” CEO Syndrome