On the Topic of Timing, the Right Moment & the Event, Architecture, and Composability

This is actually an addition to and inspired from R.M. Bastien’s article on LinkedIn 22.12.2020 “Constructing Digital for Deconstruction” in which he touches upon some very central topics, some would say cardinal topics that lay well beyond the ideas of Digital, and yet so central digitalization and other initiatives.

Although the western world has been and still is obsessed with time and speed some movements have occurred over the past decades. The downsides of forcing everything we do in time and through space are becoming more and more apparent, for different reasons that are outside this context (we can perhaps return the topic at a later stage).

Timing is an elusive concept and has been pondered since the dawn of humanity. Digging into the ontology and history of the concept we find signs of its semanticisation (borrowed from Luciano Floridi: Semanticisation requires not only meaning but also sense—and when sense breaks down, you have just logic-chopping.) origin in the ancient Greek philosophy pre the Stoics.

Plato and Aristotle called the event by two names before the Stoics denominated it with “tynchanon”, namly “pragma” and “ergon” (two forms of the same verb). The first concept (pragma) denotes the as yet unfinished happening, the other denotes the finished actions, having a name, a physiognomy, and an unshakable identity already. Hence, the recognition of the identity of both the event in becoming and the event fixed and their mutual interplay, is the precondition of goal-directed action. The place in time where the embedded event, the event to come, intersects the “mother-event”, is often called “timing, or in Greek, Kairos, the right moment”.

Hence the “coming into”, “the becoming”, the “being” and “the became” are all already and always intertwined but not in a predictable way – timing is in the realm of probabilities and does not have a pure causal nature, especially because the “event to come” has an elusive and nondeterminate nature following the concept of “what a thing is, it is, but it is also always something else”. One might say that the “event to come” holds hidden potential (Kirkeby calls these “eventual’s”).

This can lead us in all sorts of directions in philosophy, ethics, operation, mathematics, organisation and leadership – no matter which road we choose, we are all subjected to the concept of Kairos. The legacy of Kairos in his concept “kairologic” in his Metaphysics are actually the foundation for the development of “theories of probability” by Leibniz, modern analytical philosophy, and, finally, the “logic of time” constructed by Cognitive Science and Artificial Intelligence (ibid.228).

Considering the rate and extent of change amongst others induced by the technology developments it is surprising (as R.M. Bastien also states) that we pay so little attention to the inner being of change and timing and still keeps pushing and forcing change from a purely mechanical and causal standpoint – we could call this the naïve control freak syndrome.

Based on the same notion we enter the idea of composability, and hence also the idea of decomposability (states and potentiality). Technology architecture serves several purposes, at least one should think it does (together with the business architecture they serve the business models and the business). Time pressure and speed do not serve architecture well as it is in fact a creative discipline, in its most fundamental form it is exercised by the value of beauty. I know many will think I’m bonkers. Nevertheless, architecture is bounded to vision and great architecture can even in some cases stand the test of time, if, and only if, it can moderate its own purpose to fit the time in which it is perceived. The actual doing is within the act of composing – enters the architect. Engineering and architecture have overlaps and for sure there are constraining boundaries in what can be constructed. They are at interplay but let’s not confuse engineering with architecture in their purest and prototypical forms.

A helpful analogy can be found and derived from quantum physics and the smallest building stone quarks. In IT systems our smallest building stone is data elements and our most noble purpose is providing data to users through meaningful information that builds knowledge and potentially wisdom in support of action and decision making. This can be highly specific and more importantly from an organisational perspective general – it is the provisioning of insights and understanding!

Technology in the service of?

Technology serves first and foremost operational purposes in the here and now scenario (give and take 1-2 years). Extending that purpose, the acute being, and survival in the moment requires imagination, creativity, and vision. As architecture is basically (simplest form) a representation of assets it is basically structured in some form. Structure can be built; we can actually fathom it by its concreteness. Vision on the other hand is essentially the ability to recognize, that what a given this is, it is, but it is also always something else – those who can embrace such a concept have the capability of providing probable foresight that is never certain. Sadly, most IT/ICT architecture these days has become just that, a representation of assets, the simplest form and care less for the origins of architecture and what that can actually mean.

The Vitruvian triad/triangle has lost its meaning in IT architecture “Utilitas – Firmitas – Venustas” (Function, Commodity, Utility, Convenience | Solidity, Materiality, Durability | Beauty, Delight) or maybe rather its coherent meaning, and we are left with function and utility and hence also killing off any kind of passion – architecture has become production (function, commodity, utility).

Firstly, coherence is lost due to negligence and ignorance. The three-part intersection is non-existent and unattainable in a one focus universe. The pure functional focus creates clutter even over short periods of time creating complicated structures and architecture – mazes. (deliberately do not use complex, although within AI domain this can happen)

Secondly, the meaning of “Firmitas” is strongly related to the question of change. Hence, the perception of Firmitas has itself changed because only through agility and composability characteristics can we obtain Firmitas. It has become an expression of adaptability, the ability to adapt to change.

Thirdly, neglecting Venustas is the same as neglecting the intimate relationship between fragility and solidity. What is perhaps less obvious but of paramount importance is the human factor. Neglecting the human basic constitution and desire to produce functional simplicity and “things” that delight is a huge mistake – it is an attempt to reduce human activity to machine-like behaviour and an altogether mechanistic world view. 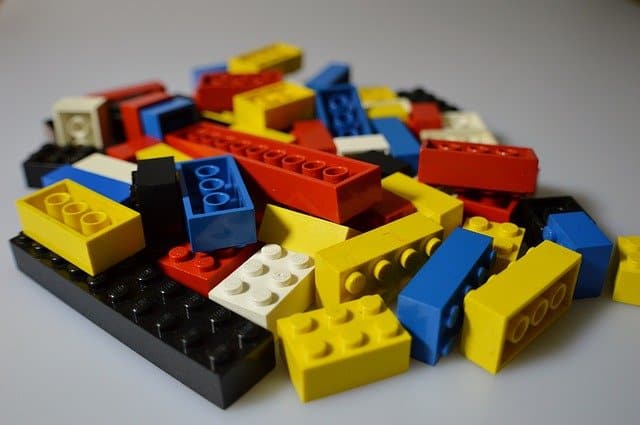 In the area of composability as a structural phenomenon, the idea of architecture as Lego’s makes much sense as it creates agility in structures present but more importantly in structures to come – the “coming into”, “the becoming”, the “being”. The being then becomes a liminal state that breaks (potentially) both the identity and existence of itself to become “the became”. It is important to emphasize that “the became” is not the same as death, destruction, elimination, annihilation – “the became” does not eradicate concepts it merely semi-retires them, only the “truth process” can kill. (API concept and technology is an eminent example of this). The Lego analogy also emphasizes three core principles: Reusability, Modularity, and Composability. As R.M. Bastian points out in the article the idea of designing for deconstruction is central to agility and adapting to change in this context it is linked to the highest order “composability” and could be named decomposability as a design principle. From a sustainability point of view, we may also infer the principle of disposability which perhaps has stronger links to the idea of reusability. So, the principal pairs could look something like:

The overarching thought or guiding principle of thought is, “what something is, it is, but it is also always already something else”. This fits neatly into the lifecycle process of both commissioning and decommissioning. From a framework perspective, it is clear that both the principles and the lifecycle unpack into descriptive, prescriptive, and normative elements and adaptable processes for both your architectural and engineering efforts. A number of other words/principles of course come to mind like Bastien indicates – removability, replaceability, interoperability, interface ability, exchangeability, etc. 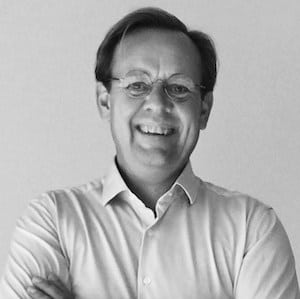