So, it is getting cooler out, the leaves are changing and your favorite T.V. shows are back on…the school year is in full swing, Halloween is right around the corner, and before you know it, it will be Thanksgiving!

Fall is officially here ladies, and I think we all know what that means—pumpkin pie, pumpkin bread, pumpkin lattes and more importantly—pumpkin BEER!  That’s right, craft brewers across America are jumping at the opportunity to brew deliciously spiced and festive pumpkin brews for this oh so loved season!

Whether you love beer, like beer, don’t think you like beer, think you dislike beer with fruit in it (yes, pumpkin is a fruit) or are just skeptical of the whole beer category—you have to give this unique beer style a try!

And just like pumpkin pie, some pumpkin beers are better than others.  Some aren’t balanced properly, leaving them tasting like spiced water; while others have been brewed with the perfect blend of pumpkin flesh, cinnamon, nutmeg, ginger and allspice.  These delightful, seasonal brews are perfect for the cool and beautiful fall weather.

Pumpkin ale got its start in the colonial days of America.  At the time, pumpkins were easily accessible and were even thought to have medicinal value.  Before the 16th century, most Europeans were unfamiliar with this squash (a.k.a. fruit) that is native to North America.

Due to their abundance, the colonial settlers used pumpkins as means for food, cocktails, health tonics and eventually beer.  They replaced malted barley entirely with pumpkin meat at certain points in time.  The readily fermentable sugars converted nicely, and since barley was scarce, pumpkin became a handy substitute.

Pumpkin was a staple throughout the 18th century but lost its luster around the 19th century.  Malted barley was more readily available by that point in time.

There were periods of comeback for pumpkin beer; however, the pumpkin was only used as a flavoring agent, in those times.  The days of beer brewed with no malt, and all pumpkin, were over.

Honestly, I am not sad the old-age tradition of replacing barley with pumpkin is over.  Going back to what I said before, some pumpkin beers just taste like spiced water.  In my opinion, beer should still taste like beer.  A little flavoring never hurt though!

One of the best parts of pumpkin beer is it is fun to use in cooking and baking.  I can name a dozen things off of the top of my head you can create with the inclusion of pumpkin ale. 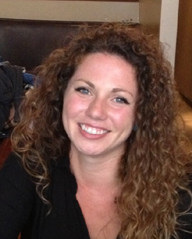 Debbie Duke
DEBBIE Duke is a Product Group Manager at LRP Publications. In addition, she has extensive experience in researching and sharing knowledge of all beer varieties, their origins and their adaptations over centuries and across continents. Her familiarity with wine comes from past experiences managing wine bars and compiling wine lists, Old World and New.

These are No Ordinary Grapes of Wrath… Tempranillo Rioja Wine

Warm Up The Holidays With Winter Ales