Nothing But The Truth

Want to know the truth about the Truth? You have to decide what it is.

Right where you are right now, take some time to contemplate what truth, with a capital T, is to you. Have you ever thought about it?  In other words, is it subjective, objective, relative or absolute or a combination?

The Hindus believe that truth is defined as unchangeable, that which has no distortion, that which is beyond the distinctions of time, space, and person. The human body is not completely true, as it changes from time to time. For the Christian, the ultimate expression of truth is found in the Bible, in Jesus who said, “I am the way, the truth, and the life…” (John 14:6).  Ancient Greeks and Romans debated “Truth” so that we now have come to the understanding that it is subjective or objective or relative or absolute. Is God, Spirit, the Universe, All That Is, whatever you want to call that energy, absolute truth? Or is it relative to your particular belief structure? An atheist would not believe that was so, so is truth relative or absolute? Interesting to think about, eh?

Consider also what being truthful in your dealings in life means. Do you know that both Truth and Truthfulness are seemingly different when viewed from a holistic perspective?  There is Truth, which has been debated by philosophers and theologians since the beginning of time, and then there is truthfulness, which seems to be defined as consistently telling the truth, being honest.

Truthfulness, as a personal and professional practice, is far more than just “being honest” or speaking your truth or presenting facts that correspond to reality.

It is to understand that truthfulness is really just coming to the place where your outer expression is in conformity with your inner expression. To be congruent is to be truthful. It is integrated as a part of your integrity, your authenticity, you really being YOU. Seek to express yourself truthfully with compassion and care, without embellishment or diminishment.

How do you do this? One of the first steps is to unearth the things that cause you stress and that make you upset. Issues in which your outer expression is not matching your inner expression. For example, if you feel upset when someone calls you after 8:00 pm, instead of calmly answering the phone and being irritated later, or admonishing them for calling late, or even ignoring the call, find a way to courteously express yourself to the caller regarding your preferred phone hours. It is important to learn how to be truthful in a way that people can easily hear instead of feeling blamed when you speak. Learning how to be truthful and to have it be well-received means learning how to see through other people’s eyes to gauge their reactions

This example may seem quite small and insignificant. Don’t be fooled. It is not. As you become more in touch with the depth and importance of truthfulness in this new world, you will discover it really is critical. If you are to be the change you want to see in the world, you need to be conscious that your behavior impacts everyone along your way.

By behaving truthfully with people in your daily world, you are believing in yourself and your truth.

Behaving truthfully also means showing people you care and holding intentions for the highest good for all. It is the springboard for doing the right thing at the right time in the right place.

And we all know that being in the right place at the right time doing the right thing is one of the keys to the master lock of success, right? Don’t take my word for it. This is all about you and your truth. Invest some time in discovering nothing but the truth about the truth for yourself. 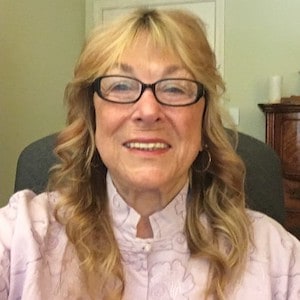